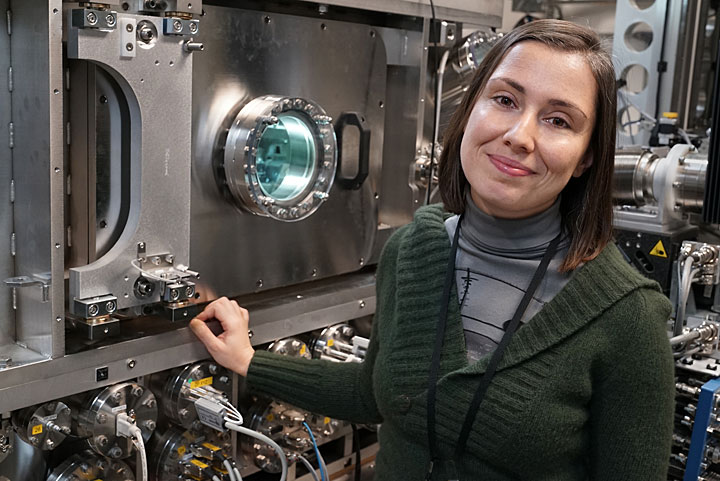 Scientists at the U.S. Department of Energy’s (DOE) Brookhaven National Laboratory have developed a new approach to 3-D x-ray imaging that can visualize bulky materials in great detail—an impossible task with conventional imaging methods. The novel technique could help scientists unlock clues about the structural information of countless materials, from batteries to biological systems.

The scientists developed their approach at Brookhaven’s National Synchrotron Light Source II (NSLS-II)—a DOE Office of Science User Facility where scientists use ultra-bright x-rays to reveal details at the nanoscale. The team is located at NSLS-II’s Hard X-ray Nanoprobe (HXN) beamline, an experimental station that uses advanced lenses to offer world-leading resolution, all the way down to 10 nanometers—about one ten-thousandth the diameter of a human hair.

HXN produces remarkably high-resolution images that can provide scientists with a comprehensive view of different material properties in 2-D and 3-D. The beamline also has a unique combination of in situ and operando capabilities—methods of studying materials in real-life operating conditions. However, scientists who use x-ray microscopes have been restricted by the size and thickness of the materials they can study.

“The x-ray imaging community is still facing major challenges in fully exploiting the potential of beamlines like HXN, especially for obtaining high-resolution details from thick samples,” said Yong Chu, lead beamline scientist at HXN. “Obtaining quality, high-resolution images can become challenging when a material is thick—that is, thicker than the x-ray optics’ depth of focus.”

Now, scientists at HXN have developed an efficient approach to studying thick samples without sacrificing the excellent resolution that HXN provides. They describe their approach in a paper published in the journal Optica.

“The ultimate goal of our research is to break the technical barrier imposed on sample thickness and develop a new way of performing 3-D imaging—one that involves mathematically slicing through the sample,” said Xiaojing Huang, a scientist at HXN and a co-author of the paper. 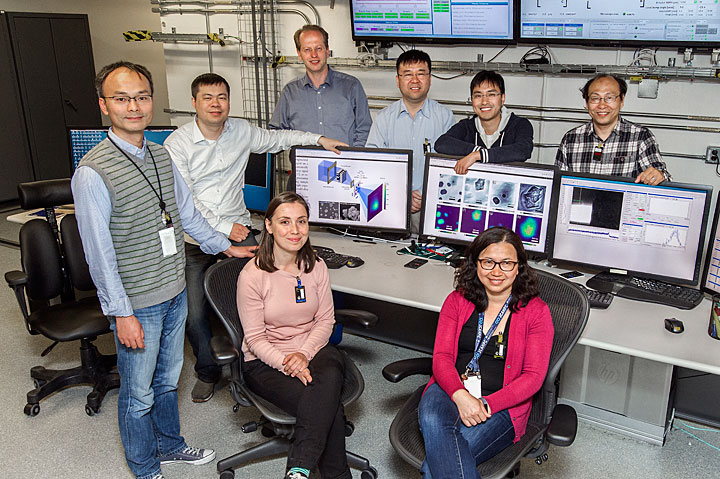 The conventional method of obtaining a 3-D image involves collecting and combining a series of 2-D images. To obtain these 2-D images, the scientists typically rotate the sample 180 degrees; however, large samples cannot easily rotate within the limited space of typical x-ray microscopes. This limitation, in addition to the challenge of imaging thick samples, makes it nearly impossible to reconstruct a 3-D image with high resolution.

“Instead of collecting a series of 2-D projections by rotating the sample, we simply ‘slice’ the thick material into a series of thin layers,” said lead author Hande Öztürk. “This slicing process is carried out mathematically without physically modifying the sample.”

Their technique benefits from HXN’s special optics, called Multilayer Laue lenses (MLLs), which are engineered to focus x-rays into a tiny point. These lenses create favorable conditions for studying thinner slices of thick materials, while also reducing the measurement time.

“HXN’s unique MLLs have a high focusing efficiency, so we can spend much less time collecting the signal we need,” said Hanfei Yan, a scientist at HXN and a co-author of the paper.

By combining the MLL optics and the multi-slice approach, the HXN scientists were able to visualize two layers of nanoparticles separated by only 10 microns—about one tenth the diameter of a human hair—and with a resolution 100 times smaller. Additionally, the method significantly cut down the time needed to obtain a single image.

“This development provides an exciting opportunity to perform 3-D imaging on samples that are very difficult to image with conventional methods—for example, a battery with a complicated electrochemical cell,” said Chu. He added that this approach could be very useful for a wide variety of future research applications.

This study was supported by Brookhaven Lab’s Laboratory Directed Research and Development program. Operations at NSLS-II are supported by DOE’s Office of Science.