Engineering Awards are presented to recognize distinguished contributions to the Laboratory's engineering and computing objectives. The 2018 Engineering Award recipients who were recognized at the Lab's 2018 Employee Awards and VIP Service Celebration on Sept. 21 are: 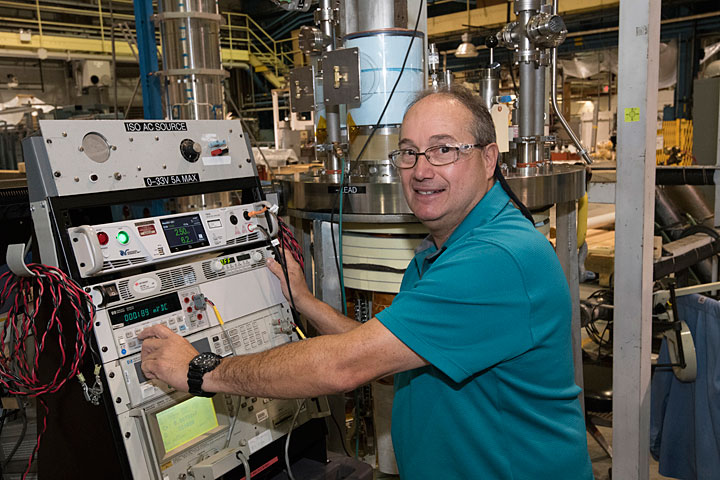 Over the past four decades, Sebastian Dimaiuta has made key contributions to the construction, assembly, and testing of superconducting magnets for accelerators at Brookhaven Lab—including the Relativistic Heavy Ion Collider and the National Synchrotron Light Source II—and around the world.

Most recently, Dimaiuta has been upgrading the superconducting magnet test facility for the High-Luminosity Large Hadron Collider (LHC) in Europe. This upgrade required the development of a new "quench" detector to sense damaging temperature and voltage spikes, and a high-current switch to extract the energy produced during magnet quenching. Dimaiuta engineered a network of electronic components to absorb this energy, tuning the network to perform optimally under various load conditions. He also designed and assembled several smart systems to coordinate operation of the quench detector, cryogenic valve controls, and other components necessary to achieve the challenging testing conditions with the temperature near absolute zero and very high electrical current.

Dimaiuta's efforts have enhanced the superconducting magnet testing capability of the Superconducting Magnet Division, not only for the High-Luminosity LHC but also for future accelerator magnet research and development projects. 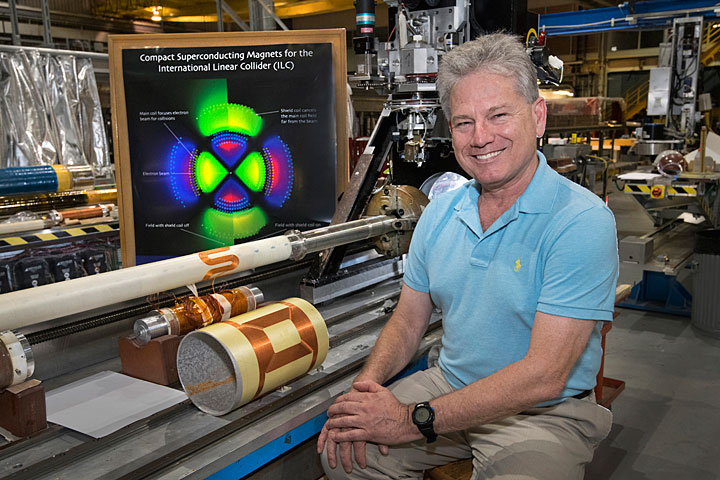 John Escallier has been instrumental in developing the "direct-wind" process of winding superconductors onto support tubes to create highly compact magnets for particle accelerators.

For two decades, staff in the Superconducting Magnet Division have used this technology to build magnets for particle colliders at Brookhaven Lab and globally. Such magnets are essential in interaction regions in particle colliders where a high magnet field and precise magnetic field quality are required despite minimal beam separation that creates limited space.

With expertise in electrical, control, and process engineering, Escallier has been a critical resource in the success of the direct wind technology. He has refined, adapted, and optimized the process to meet the different requirements of various projects. For each project, he coordinates 11 process parameters, including the machine speed, ultrasonic energy, and winding head positional bias.

Escallier's contributions in superconducting coil fabrication have been far-reaching and will have a key role in future accelerator research and development—particularly for the development of the insertion region magnets for eRHIC, the proposed Electron-Ion Collider at Brookhaven's Relativistic Heavy Ion Collider. 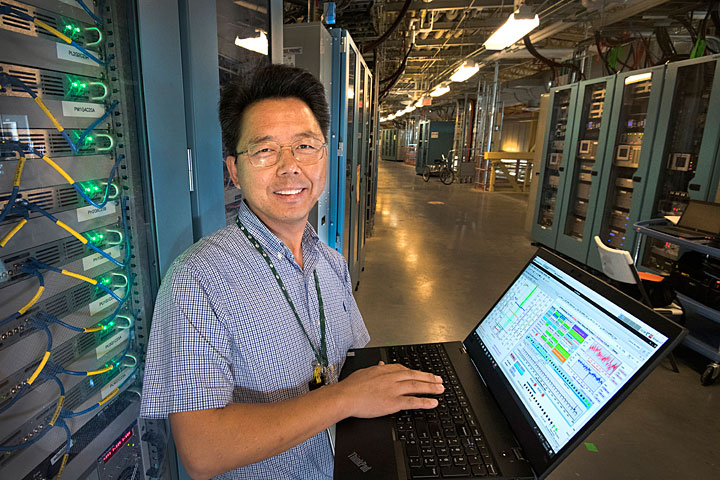 Kiman Ha has been critically important for construction and now-ongoing operations at the National Synchrotron Light Source II (NSLS-II).

Ha's ingenuity is evident in the instrumentation he designed with colleagues, including new-generation, homemade beam position monitors deployed throughout NSLS-II's accelerator system. He authored and implemented useful applications such as glitch detection and post-mortem functions to analyze performance of NSLS-II's electron beam orbit. His cell controller, used for several applications including NSLS-II's fast orbit feedback and active interlock systems, is a key element in securing excellent beam stability.

Ha made major contributions in every phase of control design, procurement, installation, testing, and commissioning of NSLS-II's accelerators. He goes beyond expectations. He is always ready to respond to issues that arise. Thanks in large part to Ha's expertise, hard work, and dedication, construction is complete and efforts are now evolving one of the Lab's premier facilities, which ultimately benefits every user who conducts experiments at NSLS-II's 28 operating beamlines. 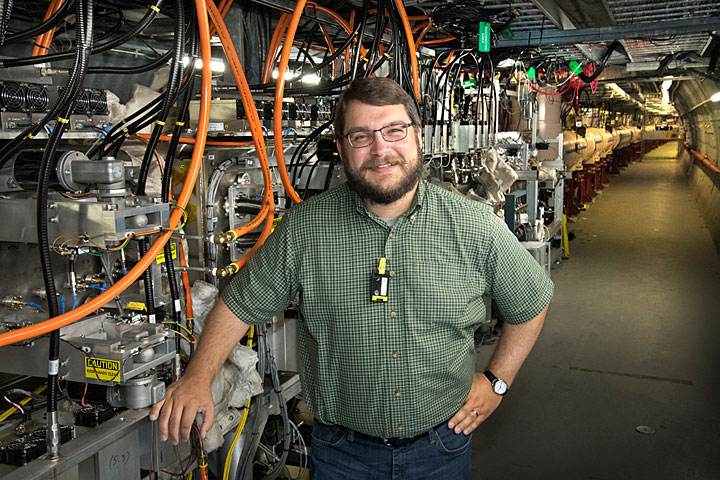 He is being recognized for designing, prototyping, fabricating, installing, and commissioning the LLRF control system for low-energy electron cooling at Brookhaven Lab's Relativistic Heavy Ion Collider (RHIC). This system, which will be the world's first to demonstrate bunched-beam electron cooling, will increase the particle collision rate for RHIC's Beam Energy Scan II by up to a factor of four. Ultimately, this enhanced luminosity will help physicists learn more about the universe's formation and evolution.

Generating electron beams with the very-low-energy spread required to cool RHIC's beams is challenging. The LLRF system must precisely control both superconducting and normal conducting RF cavities spanning a range of frequencies. It must also minimize noise and jitter. Beyond overcoming these challenges, Mernick developed an algorithm to analyze diagnostic beamline images of the slice energy spread of the electron bunches. The algorithm also generates necessary phase and amplitude corrections. He brought this very complex system from initial concept to operational status in less than two years—an accomplishment that helped enable the rapid commissioning of the electron beam this year while meeting key performance parameters. 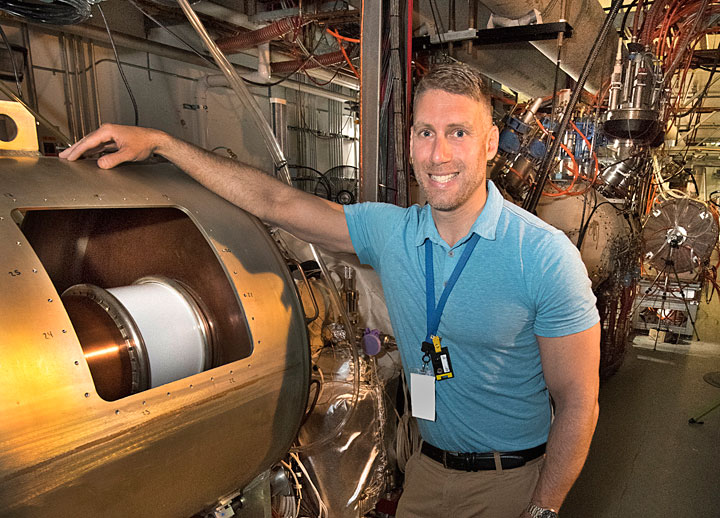 Salvatore Polizzo's expertise in high-power radio frequency (RF) has been critical to the success and future of the Laboratory's physics program and the Relativistic Heavy Ion Collider (RHIC).

Polizzo later assumed the lead RF engineering role for the 56 MHz superconducting radio frequency (SRF) cavity and successfully brought it to operational status. This was a major achievement—the first SRF cavity to operate with beam at RHIC. He also took on the major task of engineering a solution to operate an SRF cavity without high-order-mode (HOM) dampers, a challenge that others deemed impossible. With his skill, determination, and ability to see beyond conventional wisdom, Polizzo figured it out. His tremendous effort benefitted RHIC and helps pave the way for modifications that will support the sPHENIX program at RHIC in the future.p 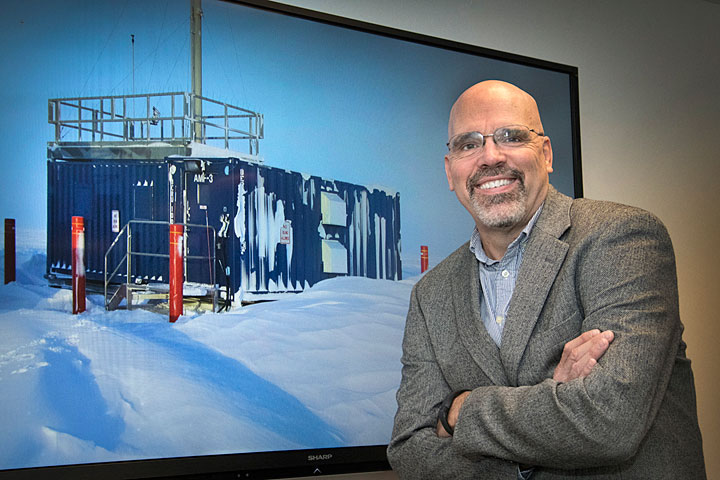 Each deployment posed unique engineering and logistical challenges that Springston and his self-assembled team of scientists and technicians overcame. He continues to supervise a group that ensures the instruments are operating properly. Owing to his successful leadership, Springston was recently appointed the Brookhaven Lab representative of the ARM Infrastructure Management Board.

Springston's contributions as both a scientist and leader have greatly benefited the climate science community.

Meet all 470 staff members at Brookhaven Lab recognized during the 2018 Employee Awards and VIP Service Celebration on Sept. 21.