Science & Technology Awards are presented to recognize distinguished contributions to the Brookhaven National Laboratory's science and technology objectives. The Science and Technology Award recipients who were recognized at the Lab's 2018 Employee Awards and VIP Service Celebration on Sept. 21 are: 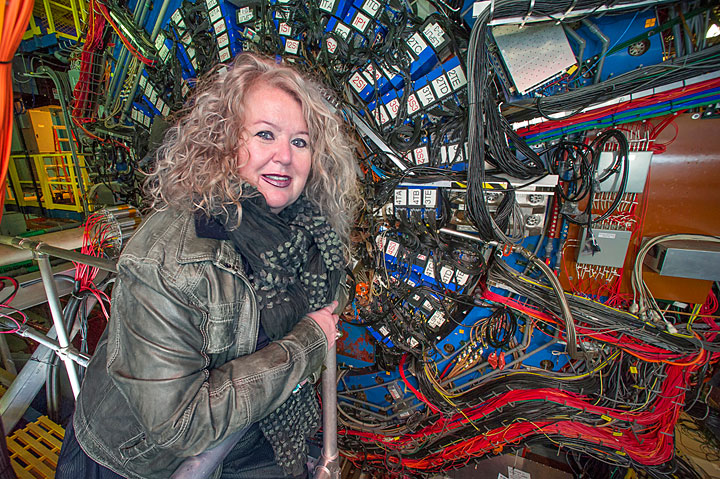 The Relativistic Heavy Ion Collider (RHIC) is the world's only machine that can collide polarized protons. Scientific outcomes rest on this critical capability, and Aschenauer leads the research program.

Aschenauer's contributions were vital in discovering that subatomic gluons are major contributors to the proton's spin—among the most significant discoveries at RHIC to date. She had an important role in measuring particles called W bosons that signal the polarization of up quarks, down quarks, and anti-quarks. She also developed techniques to use W bosons to test whether the theory of quantum chromodynamics could be used as a reliable framework for exploring the transverse spin structure of the nucleon.

In addition, Aschenauer's group has contributed major advances to the measurement of proton polarization in the RHIC beams. She has also made invaluable contributions to the scientific case for an Electron-Ion Collider and planning the program for future experiments at this facility. 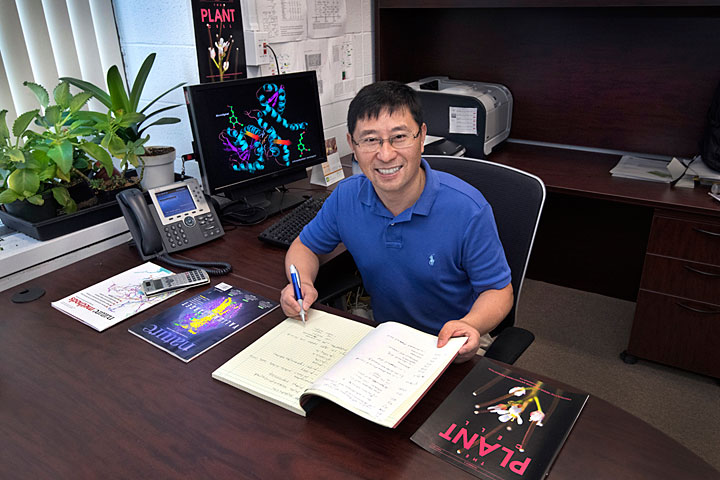 CJ Liu is recognized by scientific peers worldwide for his research on natural plant products and plants' cell wall synthesis. Identifying factors that regulate plants' metabolic pathways is very challenging and requires both creative and advanced biochemical genetic techniques—skills that Liu has honed during more than a decade at Brookhaven.

Liu's research includes the molecular characterization of genes, enzymes, and chemistry involved in molecules that play important roles in developing sustainable fuels and a polymer that protects seeds from infection. He also used unique capabilities at the National Synchrotron Light Source II to create a nanometer-scale map of elements distributed in plant roots.

Liu's outstanding work builds on the research of a small, highly focused group. His work is critical for the Laboratory's efforts in fundamental studies of plants' underlying abilities to capture, convert, and store carbon. His work also supports the U.S. Department of Energy's interests in plant biomass and biofuels. 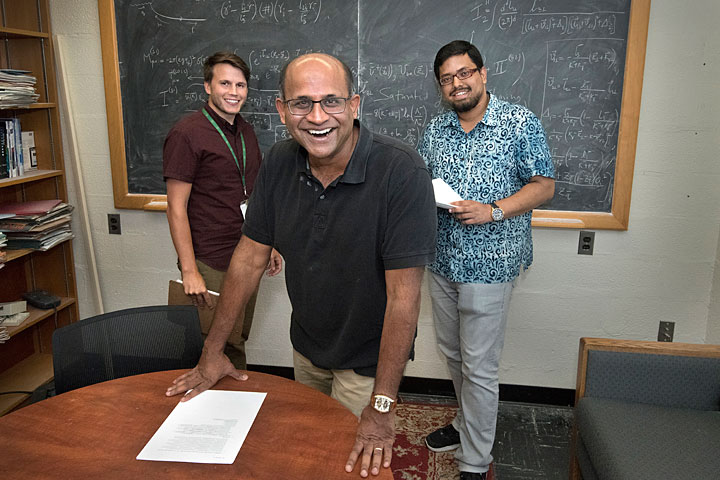 Physicist Raju Venugopalan is co-inventor of the "color-glass condensate" theory and for developing physics opportunities at a future Electron-Ion Collider.

The "color-glass condensate" theory provides the most robust description of the initial state that seeds the quark-gluon plasma in heavy ion collisions at the Relativistic Heavy Ion Collider (RHIC) and the Large Hadron Collider. Venugopalan also invented the term "Glasma," which describes the evolution of gluon fields from the initial "glass" state toward the plasma that flows as a nearly perfect fluid. Precise studies of the color-glass condensate are a pillar of the scientific program at an Electron-Ion Collider.

Venugopalan's expert opinions and leadership in the field are sought within and beyond Brookhaven. He has also mentored young theorists and recruited new members to the Nuclear Theory Group he leads.

Nuclear physics at RHIC is one of the most important components of the Laboratory's portfolio. An Electron-Ion Collider among the highest priorities for future nuclear physics explorations. Venugopalan's accomplishments have had great impact on both.

Meet all 470 staff members at Brookhaven Lab recognized during the 2018 Employee Awards and VIP Service Celebration on Sept. 21.