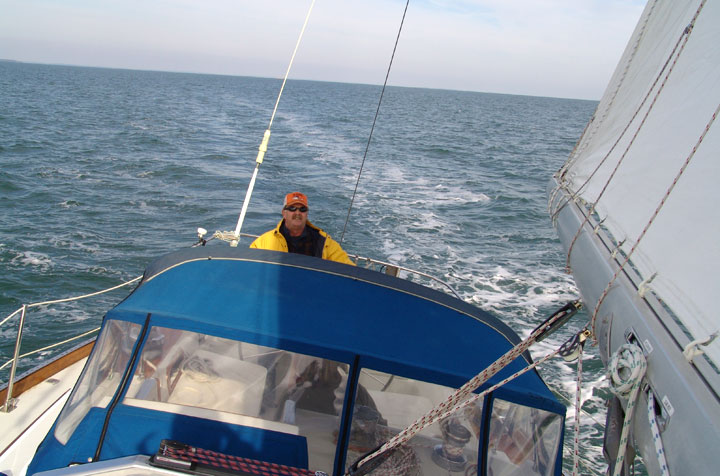 Newburgh was born in New York City and raised in Wantagh, then later moved to Lake Ronkonkoma. In 1968 he joined the U.S. Navy and was stationed in Rota, Spain, where he served as a machinist for the USS Holland.

After his honorable discharge in 1979, he joined Brookhaven Lab’s Central Shops Division as a tool and die maker. In the mid-’80s he moved over to the NSLS, where he worked alongside Bob Scheuerer.

“We had a lot of machining work to do for the Light Source at that time,” Scheuerer recalled. “And they assigned Jimmy to work with us at our location. He was an excellent machinist and we liked him so much we recruited him to come work with us permanently.” 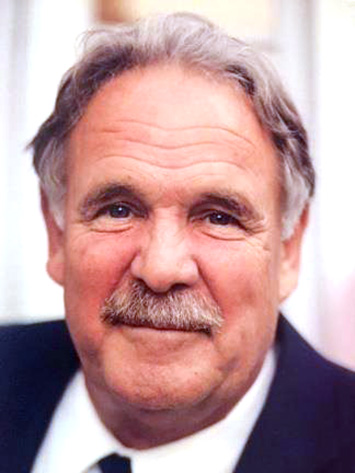 Scheuerer recalled how, early in his time with the Lab, Newburgh received a performance appraisal from a supervisor that noted he was too nice and too helpful.

“He never wanted to say no to someone asking for help,” Scheuerer said. “We always gave him a hard time after that. ‘Stop being so nice Jimmy.’”

Newburgh and Scheuerer’s job was to fabricate parts for use by the scientific staff in their machines and experiments. Scheuerer noted how Newburgh worked hard, and was intensely focused.

“His positive attitude and work ethic earned him a lot of admiration and respect from coworkers,” Scheuerer noted. “He was a good troubleshooter. He could figure out what a scientist wanted and design and fashion it.”

Joe Woicik, a longtime NSLS and now NSLS-II user from the National Institute of Standards and Technology (NIST), confirmed this.

“About 28 years ago, when I was a young scientist, I was in charge of the NIST beamline at NSLS, called X23A2. It was a big responsibility for someone so young,” Woicik said.

Woicik remembered a time early in his career when he ordered a tool machined by an outside company, but when it arrived he realized it didn’t fit with his equipment. This problem could have resulted in delays and additional costs.

“I was so frustrated, so upset, I actually started yelling at the equipment,” Woicik recalled.

Newburgh happened to be walking by at that exact moment.

“He came in and asked what was wrong. I told him the story and he simply replied, ‘I can fix that,’” Woicik said. “He did it over lunch. It fit perfectly. It was amazing. And we remained friends ever since.”

Woicik said they also became great friends outside of work. “He loved sailing and was delighted that I was interested in the sport, too,” he said. “That was something we could do together.”

Newburgh would go on to fashion many vital parts and tools for Woicik—and others—over the years, often based only on a rough sketch from the scientist.

“Whenever a user would arrive at NSLS without something they needed, Jim would just whip it up for them and get them moving again on their work,” Woicik said. “Jim was very loyal to this place, and to the science.”

His precision work even earned him co-author credit for the paper, “Performance of a four-element Si drift detector for X-ray absorption fine-structure spectroscopy: resolution, maximum count rate, and dead-time correction with incorporation into the ATHENA data analysis software,” published in the May 2010 Journal of Synchrotron Radiation, along with Woicik, and NIST’s Bruce Ravel and Daniel Fischer.

Woicik noted that June would have marked Newburgh’s fortieth year at the Lab, and how much he would have enjoyed that milestone.

“All his friends came to the funeral—friends from his elementary school years through to current coworkers,” Woicik said. “That turnout wasn’t surprising. He was just a good person to be around.”

“He really was just an all-around good guy,”added Scheuerer. “Never a problem with anyone or anything. He loved this place and the people he worked with. That really sums it up.”

Newburgh is survived by his son James and daughter-in-law Janet, daughter Justine and son-in-law Arturo, two grandsons, and by his sister Peggy.