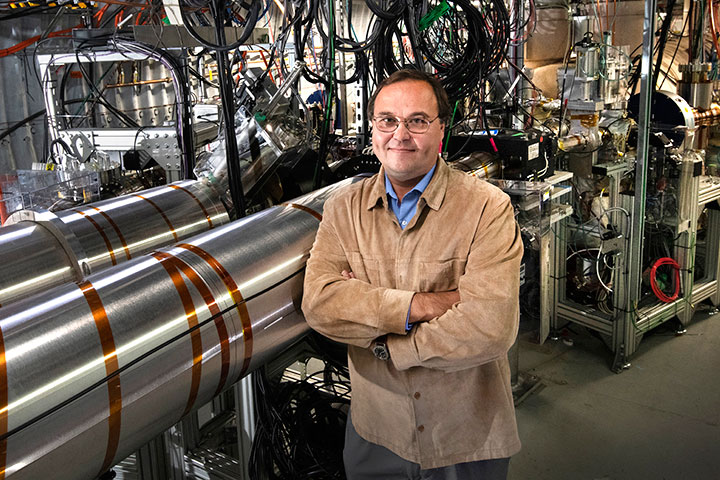 Fedotov was involved in every aspect of design, construction, and commissioning—growing enormously as a leader throughout the project. He carried out simulations to demonstrate that the envisioned scheme would work. He developed specifications, and he conceived a strategy for cooling beams in both RHIC rings with a single beam of electrons. 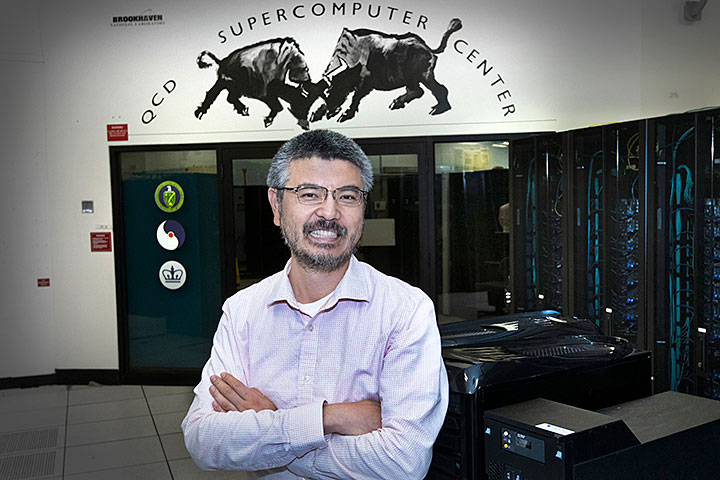 Taku Izubuchi’s pioneering computations have been essential for a deeper understanding of our physical world.

Izubuchi has a deep understanding of particle physics, quantum field theory, and advanced computing methods. He is internationally recognized for advancing the field of lattice gauge theory, based on his use of high-performance computing and frontier supercomputing facilities. His results for hadronic contributions to the muon g-2 and direct CP violation in kaon decays are major achievements in the field.

Izubuchi's “all-mode averaging” technique has reduced the computational cost to obtain reliable predictions by more than an order of magnitude. This is a remarkable advance. It makes other calculations that were prohibitively costly now possible.

Izubuchi's research has significant synergy with research groups at Brookhaven, including the Nuclear Theory group, the RIKEN BNL Research Center, and Computational Science Initiative. Taku also mentors postdocs and students, maintaining collaborations with academic institutions in the region, including Stony Brook, Columbia, and the University of Connecticut.

Qiang Li discovered the chiral magnetic effect—a new way to generate very low-resistance electric current in a new class of materials. This effect is relevant for applications in energy and quantum information science, areas of strategic importance for the Laboratory and society.

Qiang Li's discovery has opened a new field of study with an avalanche of work by other groups. The paper reporting the result published in Nature Physics in 2016 and has been cited 500 times, according to Google Scholar. This discovery also positioned Brookhaven National Laboratory as one of the definitive centers for related research. 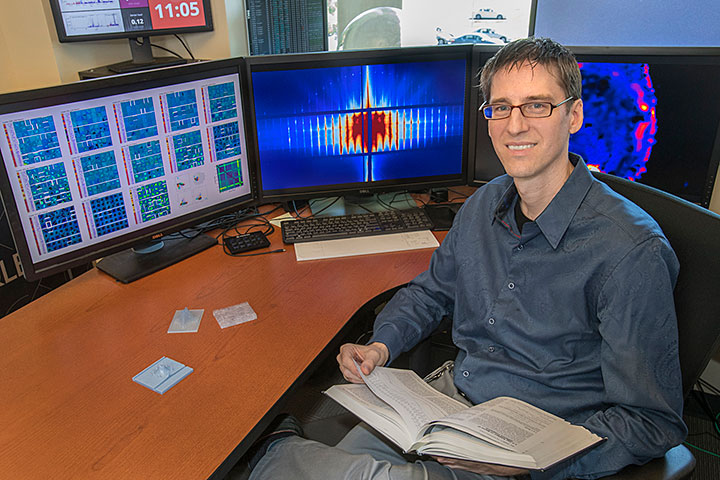 Kevin Yager has been leading the effort at the Center for Functional Nanomaterials to develop advanced x-ray scattering instruments, measurement techniques, and data analysis methods for studying nanomaterials. In collaboration with colleagues at the National Synchrotron Light Source II, Yager has established a world-leading, highly productive user program for x-ray scattering nanoscience. Recently, Yager and his colleagues at NSLS-II have been pioneering implementations of artificial intelligence for autonomous experiments, placing Brookhaven at the forefront of this rapidly developing field.

At the same time, Yager's research advances are internationally recognized—for understanding and controlling the formation of nanoscale patterns in thin films of self-assembling materials called block copolymers. His research in this area is a key piece of Brookhaven’s strong effort in nanomaterial synthesis by assembly—a new synthesis paradigm for creating materials with emergent properties through the designed assembly of nanoscale components.

Meet all 347 staff members at Brookhaven Lab recognized during the 2019 Employee Awards and VIP Service Celebration on Sept. 20.