The following story was originally published as a DOE Office of Science “science highlight.” 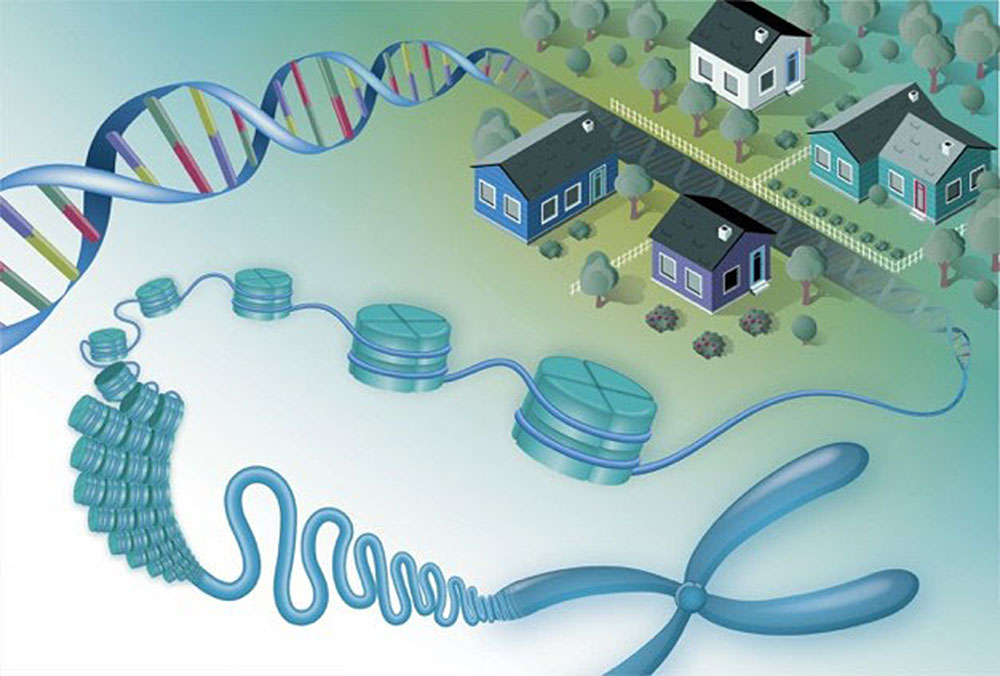 Access to sequenced genomes was a watershed moment in life science research. Genome sequences spell out an organism’s DNA, the genetic code for how the organism develops, reproduces, and functions. As new technologies have developed, the availability of these gene sequences has grown exponentially. Unfortunately, scientists’ ability to decipher the functions encoded in these sequences has not kept pace. This is particularly true for eukaryotes—cells and organisms with clearly defined nuclei. As a result, researchers do not understand the function of millions of proteins, which do the work encoded in DNA. This challenge requires researchers to develop computational tools for predicting the function of gene sequences. In this study, researchers working with green algae discovered that physically clustered genes in eukaryotic genomes can be maintained over hundreds of millions of years. This phenomenon can help predict function.

Genomics hold the key to unlocking breakthroughs in bioenergy, carbon sequestration, and climate change mitigation. Leveraging insight from natural processes, researchers can design nature-inspired solutions to these challenges. This discovery will help researchers decode genomes and discover new, previously hidden functions. New functions and pathways can then in turn form the basis of novel synthetic biology strategies for important challenges. At the same time, findings made with green algae can provide clues into gene functions in their plant relatives. This technique also paves the way for larger and more robust gene function mining in eukaryotes with the inclusion of more genomes.

Although a popular method in relatively simple prokaryotes, scientists believed function prediction using gene proximity techniques was of little value in eukaryotes. This new research reassessed this common assumption. Surprisingly, green algal genomes contain blocks of positionally orthologous genes, whose significance is underscored by their conservation for long periods—700 million years in some cases. Although the selective advantage of maintaining gene neighbors is presently unknown, this study found that these neighborhoods can be used to understand gene function in the same way gene proximity has been used to understand prokaryotic gene function. Integrating the positional analysis with a phylogenomics-based computational genomics approach led to the discovery of a novel arsenic detoxification pathway and a unique way that algae make sunscreen.

This work was supported by the Department of Energy Office of Science, Office of Biological, and Environmental Research, as part of the Quantitative Plant Science Initiative Scientific Focus Area at Brookhaven National Laboratory.