Science & Technology Awards are presented to recognize distinguished contributions to the Laboratory's science and technology objectives. The 2020 recipients are: 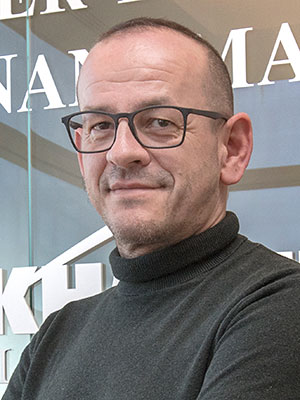 Mircea Cotlet is an expert in the design, assembly, and characterization of low-dimensional nanostructures for optoelectronics and sensing applications, including solar energy harvesting, solid-state lighting, and plasmonics. At the Center for Functional Nanomaterials (CFN), Cotlet has been studying electron- and energy-transfer processes in a range of inorganic and organic-inorganic hybrid nanomaterials.

To carry out these studies, he has developed new optical microscopy and spectroscopy methods. Most significantly, he created the CFN state-of-the-art user facility for ultrafast and single-molecule optical characterization. Each year, this facility supports researchers from more than 40 groups around the world studying semiconductor, biological, polymeric, and quantum nanomaterials. Using the instruments Cotlet oversees, CFN users can characterize samples across time scales ranging from femtoseconds to seconds, with nanoscale spatial resolution, and under different environmental conditions and during operation.

Cotlet’s rare combined expertise in nanoscale imaging and ultrafast spectroscopy has enabled him to develop experimental optical methods that are unique within the U.S. Department of Energy network of Nanoscale Science Research Centers. 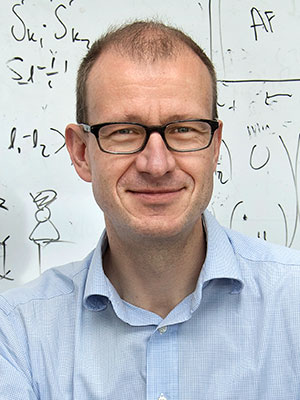 Robert Konik is a theoretical condensed matter physicist whose research focuses on one- and two-dimensional systems with strong electronic correlations. To study strongly correlated materials, he creatively employs exactly solvable models and field-theoretical techniques. Konik is one of the few researchers who has applied these techniques to the study of condensed matter systems and in particular to the understanding of experimental observations.

His unique combination of sophisticated analytical and numerical techniques has led to insights into the dynamic properties of a range of strongly interacting systems, including semiconducting carbon nanotubes, quantum dots, and magnetic materials. Konik has also focused on the properties of such systems out of equilibrium. He has described the nonequilibrium properties of two-dimensional systems—a largely unexplored area. More recently, he has been contributing to the division’s new research activities in ultrafast science.

Konik has made important contributions to the field of condensed matter physics and is highly regarded in the scientific community. In 2019, his work was recognized with election to Fellow of the American Physical Society. 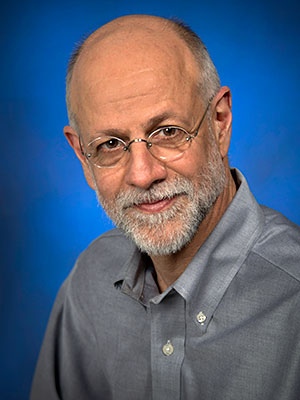 Stephen Musolino is known internationally for his expertise as a health physicist. This award recognizes two specific achievements that demonstrate his ability to provide sound science to support and inform responses to nuclear and radiological emergencies.

During the U.S. response to Japan’s Fukushima nuclear accident in 2011, Musolino solved a key mystery in an important subset of the radiological team's field measurements. He rapidly corrected the problem and trained the less experienced responders in proper measurement techniques. His work led to standardized tools and procedures now used by the National Nuclear Security Administration’s Office of Nuclear Incidence Response.

Musolino also conducted a detailed study and developed protocols for first responders to follow during the first 100 minutes following detonation of a radiological dispersal device—a “dirty bomb.” Published in 2017, the report combines Musolino’s in-depth understanding of explosive dispersion physics with the pragmatic steps for measuring and characterizing radiological risks. It also demonstrates Musolino’s understanding of how to communicate with multi-organizational emergency response teams so they can do their jobs better and more safely. 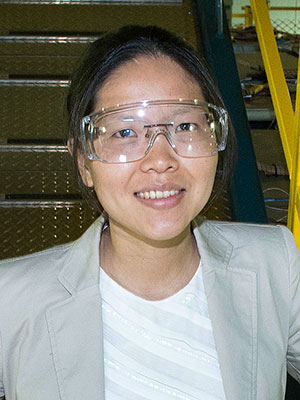 Lijuan Ruan is being honored for her leadership in the STAR collaboration at the Relativistic Heavy Ion Collider (RHIC)—and particularly for her role in developing, constructing, and operating the experiment’s muon telescope detector and her contributions to RHIC’s “dilepton” physics program.

Ruan joined STAR as a graduate student and came to Brookhaven as a Goldhaber Fellow in 2007. She is now leader of Brookhaven Lab’s STAR group—responsible for operation of the detector, including in this most challenging year—and serves as co-spokesperson for the international collaboration.

Ruan was among the first to recognize STAR’s unique capabilities for measuring low-mass dileptons—matter and antimatter pairs of leptons such as electrons and positrons, and later, muons and anti-muons. Detecting these particle pairs gives nuclear physicists important insights into the characteristics of RHIC’s quark-gluon plasma, a state of matter that mimics the conditions of the very early universe. The muon telescope detector and dilepton program significantly extended RHIC’s scientific reach, enabling a number of seminal scientific results that would not have been possible without her contributions. 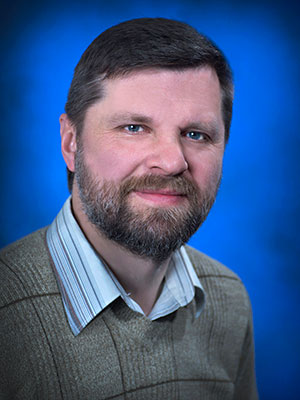 Oleg Tchoubar is recognized as a world leader in synchrotron science, having made significant contributions to both the accelerator and experimental sides of light sources. He has created essential simulation tools that are used worldwide for the development of modern light source insertion devices, beamlines, and experiments.

Tchoubar’s "Synchrotron Radiation Workshop" computer code, first started during his time at the European Synchrotron Radiation Facility, has become the de-facto standard for light source simulations after years of further development at Brookhaven. In addition, his 3-D magnetostatics codes, Radia & IDBuilder, were essential to the design and construction of NSLS-II’s insertion devices.

The combination of Tchoubar’s tools have optimized the performance of NSLS-II’s insertion devices, doubling the performance of several beamlines. Across all of his work, Tchoubar has brought in approximately $2.26 million in DOE funding to Brookhaven Lab and added prestige and name recognition to NSLS-II, both within the DOE complex and internationally.

Meet all 314 staff members at Brookhaven Lab recognized for distinguished contributions to the Laboratory's mission and milestone anniversaries in 2020.