Developing the next generation of quantum algorithms and materials 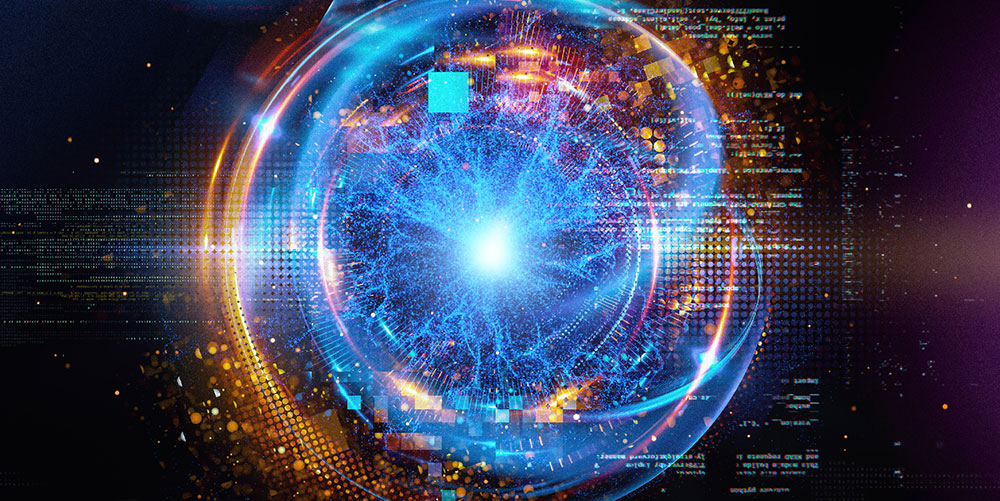 Quantum computers are expected to revolutionize the way researchers solve difficult computing problems. These computers are being designed to tackle major challenges in fundamental research areas, such as quantum chemistry. In its current stage of development, quantum computing is still very sensitive to noise and disruptive factors in the environment. This makes quantum computing “noisy” as quantum bits—or qubits—lose information by getting out of sync, a process called decoherence.

To overcome the limitations of current quantum computers, researchers at Pacific Northwest National Laboratory (PNNL) are developing simulations that provide a glimpse into how quantum computers work.

“When we try to directly observe the behavior of quantum systems, like qubits, their quantum states will collapse,” said PNNL Computer Scientist Ang Li. Li is also a researcher for the Quantum Science Center and the Co-Design Center for Quantum Advantage—two of the five Department of Energy National Quantum Information Science Research Centers. “To get around this, we use simulations to study qubits and their interaction with the environment.”

“Testing quantum algorithms on quantum devices is slow and costly. Also, some algorithms are too advanced for current quantum devices,” said Li. “Our quantum simulators can help us look beyond the limitations of existing devices and test algorithms for more sophisticated systems.” 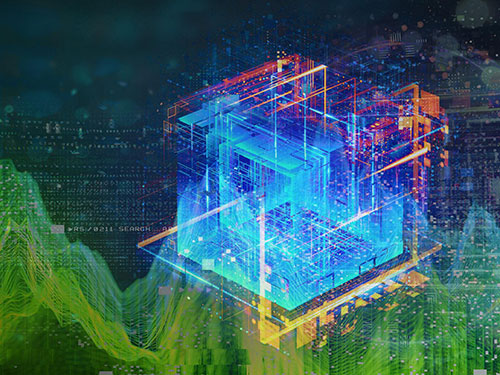 Nathan Wiebe, a PNNL joint appointee from the University of Toronto and affiliate professor at the University of Washington, is taking another strategy with writing code for quantum computers. Though it can be frustrating at times to be limited by the capabilities of current quantum devices, Wiebe sees this challenge as an opportunity.

“Noisy quantum circuits produce errors in calculations,” said Wiebe. “The more qubits that are needed for a calculation, the more error-prone it is.”

Wiebe and collaborators from the University of Washington developed novel algorithms to correct for these errors in certain types of simulations.

“This work provides a cheaper and faster way to perform quantum error correction. It potentially brings us closer to demonstrating a computationally useful example of a quantum simulation for quantum field theory on near-term quantum hardware,” said Wiebe.

While Wiebe seeks to mitigate noise by creating algorithms for error correction, Physicist Ben Loer and his colleagues look to the environment to control external sources of noise.

Loer uses his background in achieving ultra-low levels of natural radioactivity—required to search for experimental evidence of dark matter in the universe—to help prevent qubit decoherence.

“Radiation from the environment, such as gamma rays and X-rays, exists everywhere,” said Loer. “Since qubits are so sensitive, we had an idea that this radiation may be interfering with their quantum states.” 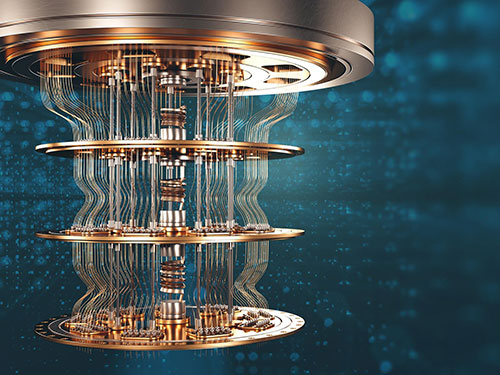 To test this, Loer, project lead Brent VanDevender, and colleague John Orrell, teamed up with researchers at the Massachusetts Institute of Technology (MIT) and MIT’s Lincoln Laboratory used a lead shield to protect qubits from radiation. They designed the shield for use within a dilution refrigerator—a technology used to produce the just-above-absolute-zero temperature necessary for operating superconducting qubits. They saw that qubit decoherence decreased when the qubits were protected.

While this is the first step towards understanding how radiation affects quantum computing, Loer plans to look at how radiation disturbs circuits and substrates within a quantum system. “We can simulate and model these quantum interactions to help improve the design of quantum devices,” said Loer.

“If we develop a quantum device that doesn’t perform as it should, we need to be able to pinpoint the problem,” said Warner. “By shielding qubits from external radiation, we can start to characterize other potential sources of noise in the device.”

Creating a quantum ecosystem in the Pacific Northwest

PNNL also partners with other institutions in the Pacific Northwest to accelerate quantum research and develop a quantum information science-trained workforce through the Northwest Quantum Nexus (NQN).  Additionally, the NQN hosts a seminar series featuring leaders in quantum research. The NQN synergizes partnerships between companies, such as Microsoft and IonQ, as well as the University of Oregon, the University of Washington, and Washington State University.

“PNNL’s cultivation of both industry and university collaborations are building a foundation for quantum computing in the Pacific Northwest that sets the stage for future hybrid classical-quantum computing,” said James (Jim) Ang. Ang is the chief scientist for computing and PNNL’s sector lead for the Department of Energy (DOE) Advanced Scientific Computing Research program.

Wiebe’s research was supported by the DOE, SC, Office of Nuclear Physics, Incubator for Quantum Simulation, and the DOE QuantISED program. Wiebe is also supported by DOE, SC, National Quantum Information Science Research Centers, Co-Design Center for Quantum Advantage, where he is the Software thrust leader.