With a picturesque backdrop of Mt. Rainier, particle physicists from across the United States gathered in Seattle (with more tuning in virtually) to assess the most important science opportunities in their field over the next decade. This Particle Physics Community Planning Exercise (dubbed “Snowmass” for the Colorado village where the first such meeting was held in 1982) takes place every five to 10 years and was organized by the Division of Particles and Fields of the American Physical Society. The meeting was held July 17-26, 2022, at the University of Washington.

Planning for Snowmass kicked off in April 2020, with the culmination—the Community Summer Study Workshop—originally scheduled for 2021. Even with COVID-19 pandemic delays, the physicists have been busy.

As described by the organizers on the Snowmass website, “We aim for everyone's voice to be heard.” Through working groups, Town Hall events, and online interactions and discussions prior to this summer’s meeting, U.S. physicists and international research partners were invited to share their views on the 10 “frontiers” covered by the field: the energy frontier; the neutrino physics frontier; the rare processes and precision frontier; the cosmic frontier; the theory frontier; the accelerator frontier; the instrumentation frontier; the computational frontier; the underground facilities frontier; and the community engagement frontier. Together, these teams produced more than five hundred white papers for consideration at the Community Summer Study. 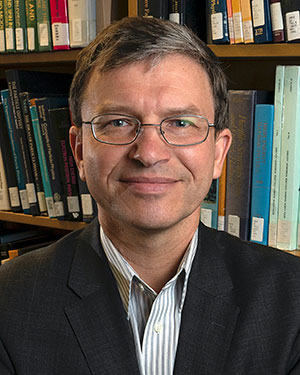 “This is a ‘bottom up’ approach for planning the future of the field,” explained Dmitri Denisov, Deputy Associate Laboratory Director for High Energy Physics at DOE’s Brookhaven National Laboratory. “Scientists drive the process.”

In Seattle, members of each frontier presented their conclusions about the direction(s) their research should take, seeking to develop the community’s vision for the whole field. This fall, Snowmass organizers will present a report on the community’s recommendations to the federal advisory committee that in turn advises the U.S. Department of Energy (DOE) and the National Science Foundation—the federal funding agencies that support the bulk of U.S. particle physics research both in the U.S. and internationally.

More than 50 scientists from Brookhaven attended the summer exercise, spearheading working groups, making presentations, and contributing to the final recommendations. What follows are some of their reflections on the process and the scientific frontiers they seek to explore. 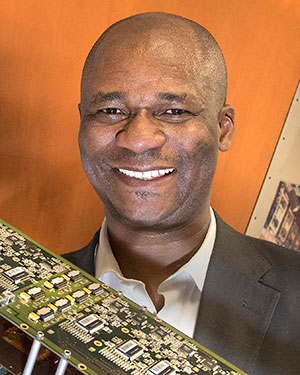 As a co-convener of the community engagement frontier (CEF), I have been working to improve and sustain strategic engagements with various communities—including students, industry, the public, government, underrepresented populations, and others—to draw support for and strengthen the field of particle physics while playing key roles in serving these communities. Our goal is for experts and non-experts to be able to understand and communicate our field’s value, maximize its impact on global socioeconomic development, and open its doors to broader participation. We support and encourage practical applications of research in particle physics and technology transfer to industry; career development opportunities for graduates and early-career physicists; equity and inclusion of diverse physicists who reflect the diversity in our communities; improvement in physics education; outreach to motivate students and the public; clear communication that conveys the essence and impact of physics research; engagement with governments and policymakers to support education and research funding; and attention to environmental and societal impacts of high energy physics (HEP) activities. CEF received 35 contributed papers, produced 7 topical group reports, and a frontier report with recommendations for improved HEP engagement—all discussed at the community summer study in Seattle. I also had the opportunity to report on HEP activities in Africa, and with postdoc Diallo Boye, on how to test dark matter using the Higgs boson.

Areas of interest: theory for physics at the Large Hadron Collider (LHC) 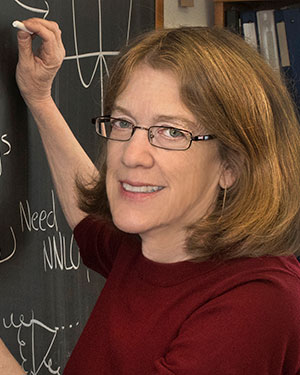 I led the Higgs working group and presented the case for carrying out Higgs physics at a future electron-positron (e+e-) collider. The energy frontier community has come together to strongly endorse the need for an e+e- collider that can do precision measurements of Higgs properties as a window to unexplored high scale physics. The community also strongly endorses accelerator research aimed at new collider ideas. 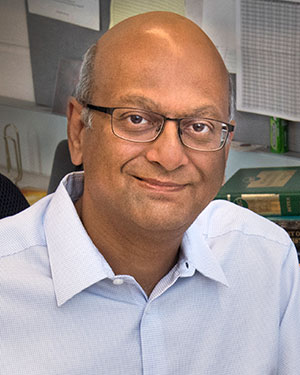 My collaborators and I are very excited about a new experiment designed to detect neutrinos from the proton-proton collisions at the Large Hadron Collider (LHC). Brookhaven is leading a proposal to build a detector called FLARE that would sit along the collision axis of the ATLAS detector. It would detect up to 500 extremely high energy neutrino events per day starting in 2029, including many tau neutrino events. Measurements of these neutrinos will help us understand neutrinos in the tera electron volt (TeV) energy range and obtain high-statistics tau neutrino data for the first time. Such data is very important for astrophysics experiments. The FLARE detector could also be sensitive to decays or interactions of lightweight dark matterparticles. FLARE, a very advanced liquid argon detector with unprecedented spatial and timing resolution, would benefit from all the technological development of detectors for theDeep Underground Neutrino Experiment(DUNE) and give us a unique source for studying the elusive properties of neutrinos. 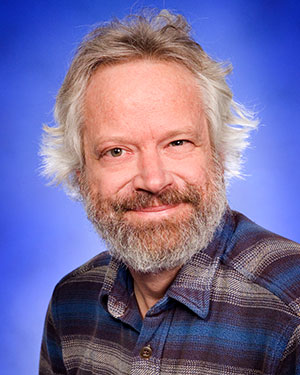 I have spent four decades trying to understand why we are here. Why is the universe made up of mostly matter, such that planets could form and humans exist? It is possible that we will obtain understanding of this question from the study of neutrinos, elusive subatomic particles. I look forward to studying detailed properties of neutrinos at the Deep Underground Neutrino Experiment(DUNE) in South Dakota. The previous Snowmass endorsed DUNE to advance our understanding these particles so we can explore their role in a range of fundamental physics mysteries, and this Snowmass is on track to reaffirm this plan. I look forward to construction of this critical experiment and a major advance in our understanding of neutrinos. 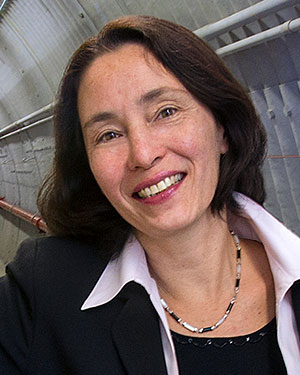 The accelerator frontier covered options for future colliders and facilities, recent technological advances, needed R&D focus areas, and energy-conserving developments for future accelerators. This frontier has relevance across all the Snowmass frontiers, with representation by more than 100 white papers submitted to this meeting. We discussed possible contributions to the Future Circular Collider (FCC), the International Linear Collider (ILC), and to the recently established International Muon Collider Collaboration (IMCC). We also reviewed new collider concepts and proposals for U.S.-based options leveraging technological advances that have been demonstrated since the last Snowmass meeting, including cryogenically cooled normal-conducting accelerator structures for the Cool Copper Collider initiative (CCC), a Higgs-Energy LEptoN Collider (HELEN), and future muon collider options. Specific R&D focus areas included high magnetic field and rapid cycling magnets for colliders and other applications, higher gradient normal- and superconducting accelerating cavities, development of targetry able to withstand multi-megawatt beam powers for neutrino generation, and for the longer term, demonstration of high-quality beams utilizing plasma-based acceleration techniques. A significant conclusion from this meeting was the need to integrate recent developments into more comprehensive designs for future accelerator-based initiatives. Near term efforts will be guided by the scientific roadmap to which this meeting is intended to provide input for evaluation. 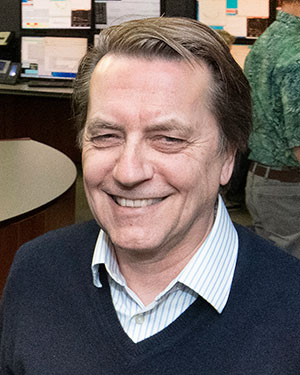 I went to Seattle to present the report of the Implementation Task Force (ITF) that was requested by the Snowmass accelerator frontier group. I chaired the ITF, which was composed of 12 accelerator experts from the U.S., Europe, and Japan and 3 liaisons to the energy and theory frontier groups. We were charged with evaluating future collider proposals with regard to energy and luminosity reach, technical risk, cost, schedule, and environmental impact (mainly energy consumption). We met every other week over Zoom for almost two years and requested and received input from about 25 collider proposals. An important goal of our effort was to be fair to both the mature proposals with a tremendous amount of R&D already accomplished and promising novel proposals that still need significant R&D efforts. My plenary presentation on the ITF report on future colliders was followed by almost an hour of discussions. Much of the discussion was about the sustainability of future colliders, in particular electric power consumption. The main recommendation from our task force was that R&D of cost and energy consumption reduction should be given high priority. 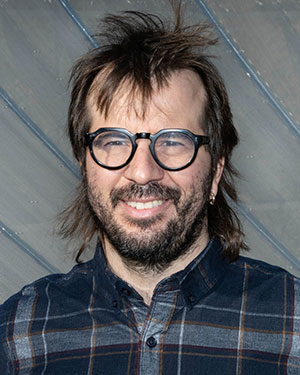 My research focuses on why our Universe, with the complexity needed for life to emerge, even exists—when many equally self-consistent but ultimately very boring universes are possible. Dark matter and dark energy, while macroscopically very simple, remain fine-tuned and are inconsistent with the current Standard Model, the reigning theory of particle physics. Inflation, the process that has driven the initial rapid expansion of the Universe posits existence of yet another scalar field. Observing the structure in the Universe at multiple wavelengths allows us to puzzle together the story of its evolution and understand its constituents. Snowmass has reaffirmed the need for the CMB-S4 experiment to observe the relic cosmic microwave background from just 400,000 years after the Big Bang. It has also clearly laid out the need for a fifth-generation spectroscopic survey that will probe the largest volume of the Universe ever—and potentially unveil clues about inflation and the precise expansion history. Snowmass also endorsed a rich program of smaller experiments, including a plethora of exciting experiments aiming at direct detection of dark matter and a nascent lunar radio astronomy program that will unlock new windows into the Universe. The most exciting times are ahead of us! 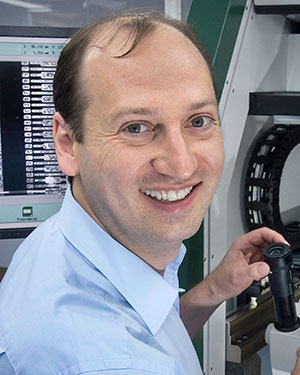 It was impressive to see so many physicists, finally altogether in person, and excited to discuss the future of our field. In Seattle there was a genuine consensus on the next steps for the energy frontier: building an electron-positronHiggsfactory as soon as possible while continuing research and development, in parallel, for future hadron and muon colliders. There is also a renewed ambition to bring back high-energy collider physics to a future facility in the United States. 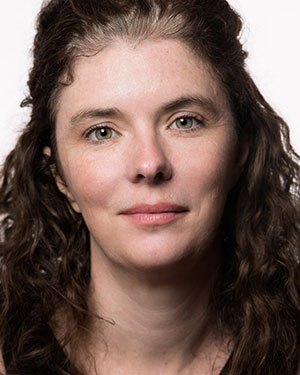 I served as co-convener for the Snowmass neutrino frontier. We are particularly excited about the broad range of experiments that will allow us to both learn more about neutrinos and to use neutrinos as a tool to learn about some of the most extreme environments in our universe. Our flagship experiment, the Deep Underground Neutrino Experiment (DUNE), will begin taking physics data in this decade and will continue making interesting measurements and discoveries into the 2040s. At Snowmass, we talked a lot about opportunities for the second phase of DUNE to use advanced technology to access an even broader range of physics topics, many of which extend beyond neutrinos. We recognize the challenge of completing DUNE’s two phases—which is necessary to achieve our physics goals—while also maintaining support for the broad range of neutrino experiments and being prepared to respond effectively to any discoveries or anomalous results. We also recognize, that as a central piece of the U.S. High Energy Physics (HEP) program, the neutrino frontier has a unique responsibility (and opportunity) to help lead cohesive, HEP-wide strategic efforts to increase diversity, equity, inclusion, and community engagement, which are all urgently needed.