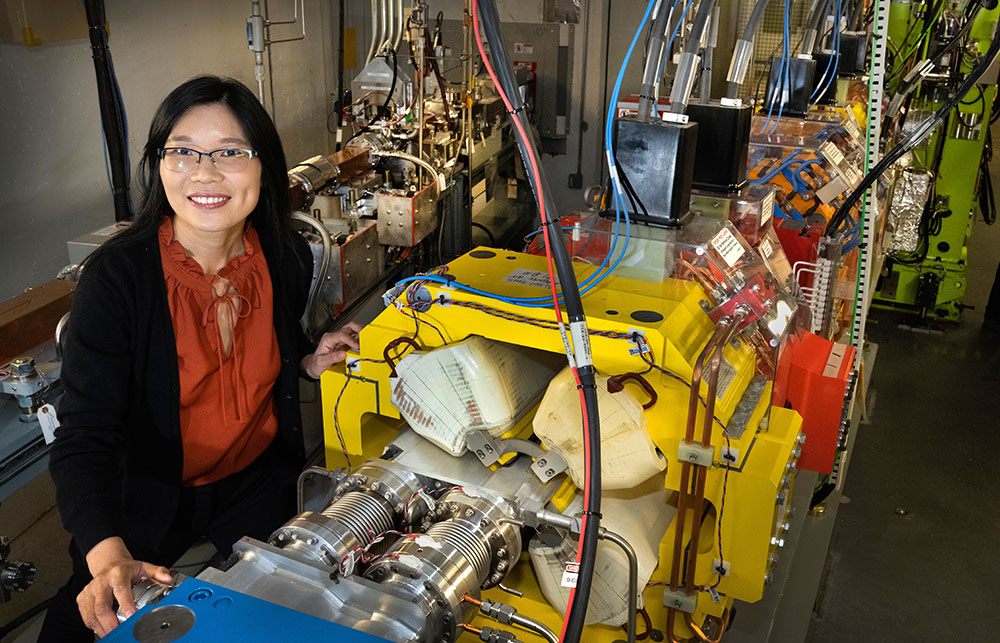 When you see a flower with yellow petals, a bee sees those same petals as white and red. And while your naked eyes see a bee's eye as black, shiny, and smooth, a microscope will reveal tiny hairs rising from a hexagonal grid.

Tools for seeing differently reveal secrets that otherwise remain hidden. That's why researchers rely on the world-leading capabilities at the National Synchrotron Light Source II (NSLS-II) at the U.S. Department of Energy's Brookhaven National Laboratory. The particle accelerator that runs an electron beam inside NSLS-II produces photons that offer varieties of light for discovery in areas such as life sciences, quantum materials, energy storage, and more.

On Wednesday, Oct. 5, join accelerator physicist Guimei Wang of NSLS-II for the 529th Brookhaven Lecture. Her talk, titled "New 'Eyes' for Discovery: NSLS-II Today and Tomorrow," will be held at 4 p.m. on Zoom.

During her talk, Wang will introduce x-ray light and its impacts on science. She will then explain how Brookhaven scientists and engineers achieved unprecedented capabilities with NSLS-II's accelerator systems to produce a wide range of ultrabright x-ray, ultraviolet, and infrared light. With new accelerator technologies being deployed at light sources around the world in the coming decade, Wang will also discuss upgrades planned for NSLS-II's accelerators, including a concept she invented with her colleagues for a complex bend magnet that could increase brightness at NSLS-II by a factor of 10—or even significantly more.

Wang leads the Accelerator Coordination Group at NSLS-II. She joined Brookhaven Lab in 2009 as a postdoc in NSLS-II's Injection Systems Group. As she focused on designing, optimizing, and commissioning NSLS-II's injector and, later, commissioning and operating the facility's storage ring, she was promoted—first to associate physicist, then associate scientist and scientist. She was named interim leader for the Accelerator Coordination Group in 2016 and accepted the role in full capacity in 2018. In this role, she interacts with engineering groups, coordinates beam studies and operation programs, and teams with NSLS-II beamline scientists to commission new instruments and source capabilities.

Wang also serves as the scientific mentoring lead at NSLS-II and networking officer for Brookhaven Women in Science, one of seven employee resource groups at Brookhaven Lab.