The following news release was originally issued by the National Institute of Standards and Technology (NIST). A team of NIST researchers analyzed the surface of setae, hairlike structures that give gecko toes their grip, using high-energy x-rays generated by the National Synchrotron Light Source II (NSLS-II), a U.S. Department of Energy (DOE) Office of Science user facility at DOE’s Brookhaven National Laboratory. Specifically, the team used the Spectroscopy Soft and Tender (SST1) beamline, which is funded and operated by NIST at NSLS-II. The beamline is also available for general user access through NSLS-II’s proposal process. For more information on Brookhaven’s role in this research, contact Cara Laasch (laasch@bnl.gov, 631-344-8458).

Scientists already understood the mechanics of gecko adhesion. Now they have a clearer picture of the molecular structures that give the animal its grip. 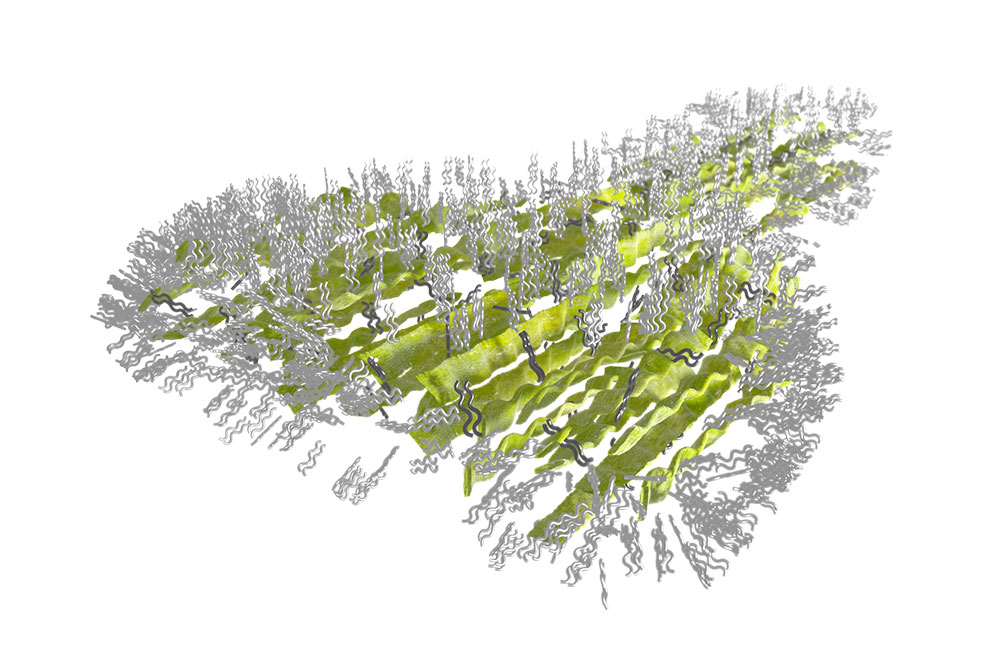 An illustration of a gecko spatula, a nanometer-scale structure on the animal's toes that contribute to its grip. The green sheets represent keratin proteins. The gray squiggles represent lipid molecules. Based on data from NIST's synchrotron microscope. Credit: Marianne Meijer/Kerncraft Art & Graphics

Geckos are famous for having grippy feet that allow them to scale vertical surfaces with ease. They get this seeming superpower from millions of microscopic, hairlike structures on their toes. Now, scientists have zoomed in for an even closer look at those structures, called setae, and found that they are coated in an ultra-thin film of water-repelling lipid molecules only one nanometer, or billionths of a meter, thick. 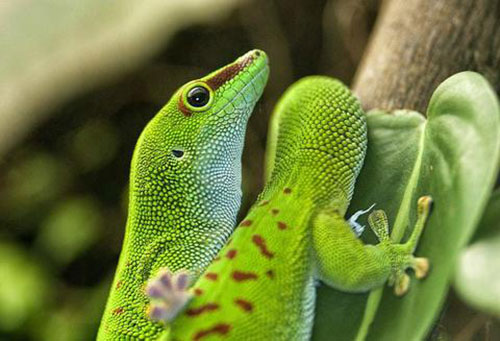 An international team of researchers published the findings in Biology Letters. An earlier companion paper, published in Physical Chemistry Letters, used the same technique to show how the individual protein strands that make up the setae are aligned.

“A lot was already known about how setae work mechanically,” said NIST physicist and co-author Cherno Jaye. “Now we have a better understanding of how they work in terms of their molecular structure.”

Geckos have inspired many products, including adhesive tapes with setae-like microstructures. Understanding the molecular features of setae might lead inventors who find inspiration in nature — a concept called biomimicry — to come up with even better designs.

Setae provide sticking power because they are flexible and assume the microscopic contours of whatever surface the gecko is climbing. Even smaller structures at the ends of the setae, called spatulae, make such close contact with the climbing surface that electrons in both materials interact, creating a type of attraction called van der Waals forces. To release its foot, which might otherwise stay stuck, the gecko changes the angle of the setae, interrupting those forces and allowing the animal to take its next step.

Lipids can play a role in this process because they are hydrophobic, meaning they repel water. “The lipids might function to push away any water beneath the spatulae, allowing them to make closer contact with the surface,” said physicist and co-author Tobias Weidner of Aarhus University in Denmark. “This would help geckos maintain their grip on wet surfaces.”

The setae and spatulae are made of a type of keratin protein similar to that found in human hair and fingernails. They are extremely delicate. The researchers showed that the keratin fibers are aligned in the direction of the setae, which might help them resist abrasion.

“The most exciting thing for me about this biological system is that everything is perfectly optimized on every scale, from the macro to the micro to the molecular,” said biologist and co-author Stanislav Gorb of Kiel University in Germany. “This can help biomimetic engineers know what to do next.” 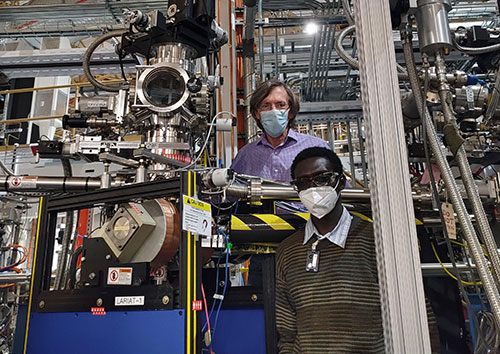 “You can imagine gecko boots that don’t slip on wet surfaces, or gecko gloves for holding tools that are wet,” said NIST physicist and co-author Dan Fischer. “Or a vehicle that can run up walls, or a robot that can run along power lines and inspect them.”

The NIST synchrotron microscope that the researchers used to analyze the setae is unique in its ability to identify molecules on the surface of a three-dimensional object, measure their orientation and map their position. It is located at the U.S. Department of Energy’s Brookhaven National Laboratory, where the National Synchrotron Light Source II, a half-mile-long particle accelerator, provides a source of high-energy X-rays for illumination.

This microscope is typically used to understand the physics of advanced industrial materials, including batteries, semiconductors, solar panels and medical devices.

“But it is fascinating to figure out how gecko feet work,” Fischer said, “and we can learn a lot from nature when it comes to improving our own technology.”