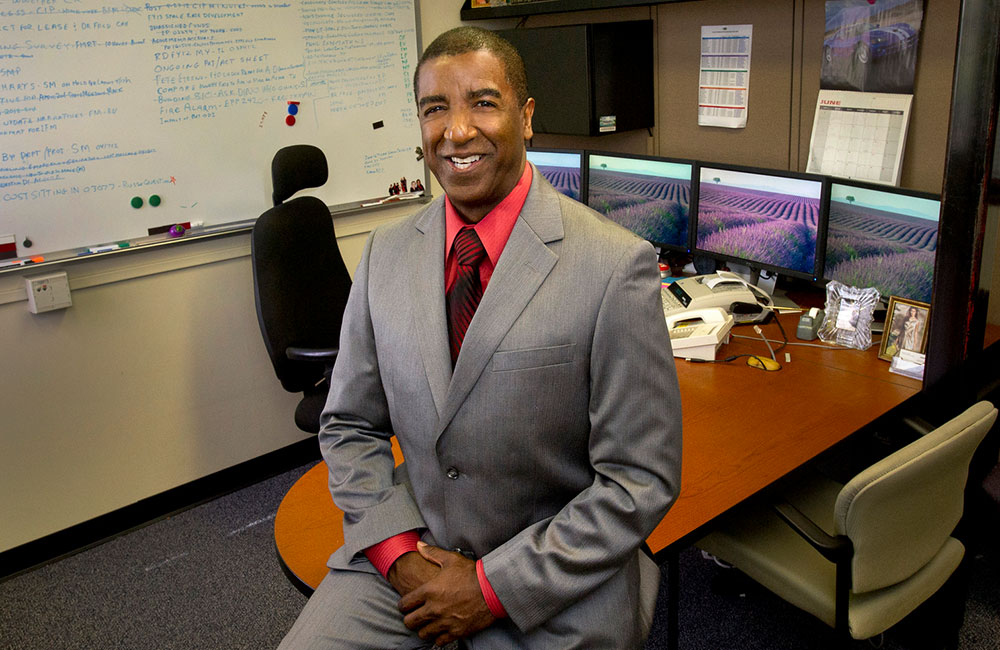 In 1990, November was officially recognized by the federal government as Native American Heritage Month. That recognition is in large part credited to the activism of Jerry Chris Elliott High Eagle, a physicist of Cherokee and Osage heritage known for winning the Presidential Medal of Honor for his lifesaving efforts during the Apollo 13 mission. As this month comes to a close, it’s important to reflect on the indigenous people who have lived here since long before the United States existed.

Nelson Cause works in the Business Operations Office within Brookhaven Lab’s Facilities and Operations Directorate. In his long career at the lab, Cause has exceled in his field and become a valuable resource, earning a distinguished Brookhaven Award in 2012 for his contributions. Cause and his family are members of the Shinnecock Nation, where they have built a home amongst a strong community. Life wasn’t always easy, but there was a strength in the bonds of the people around him. 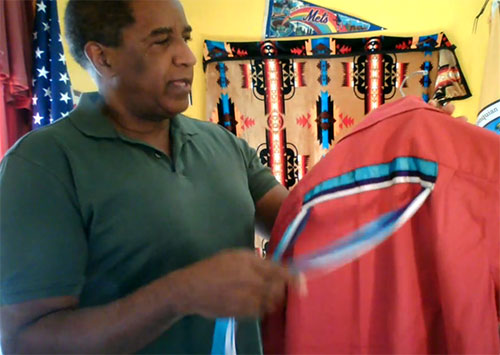 “We didn’t have a lot growing up, but I had a happy childhood. When I think back, I don’t think I wore shoes until I was an adult,” recalled Cause. “Shinnecock culture is very family oriented, and I don’t mean just the small nuclear family, but family in the sense of a larger community. We’re all like cousins, and when we need help, we can reach out and rely on each other. When my oldest brother passed away last year, which was a very difficult time, there was such an outpouring of support. Members of the community built a fire pit in front of the house, one that even the rain couldn’t put out, and took turns staying with us from the night he died until the night he was buried. People brought wood, they set up a tent by the fire, they played drums and sang songs. There was always someone there, and that is so touching.”

Even with a strong community and tight knit family, indigenous people still face many challenges. Even Jerry Chris Elliott High Eagle dealt with financial hardships and discrimination from both professors and students before becoming the first indigenous student at the University of Oklahoma to earn a degree in physics. Locally, the Shinnecock Nation still wrestles with inequities from long ago that continue to echo into the present. Sometimes these hardships can lead to unhealthy coping mechanisms without the right resources. Cause recalled friends that spiraled down these routes and even feared doing so himself, but with the strong work ethic his mother instilled in him and his own determination, he focused on an education that would steer him towards the career he wanted.

“I was the first one in my family to graduate college,” said Cause. “I had a degree in accounting and worked at a CPA firm in East Hampton before coming to the Lab. Before that, I had worked a lot of manual jobs, so office culture wasn’t easy to adapt to. Luckily, I had a supervisor—Susan Perino—who really saw my potential, and she mentored me when things got challenging. My mother had told me in the past, that because of the color of our skin, we have to be twice as good to be seen as an equal, and that made a setting like this really intimidating. It’s important to have colleagues that create an inclusive environment and challenge those feelings.”

“One of the biggest sources of income was the Powwow,” explained Cause. “It’s a huge celebration that brings together indigenous nations from all over, and by that I mean every corner of North America and even parts of South America. Different cultures share their dances, put on performances for the public, and display and sell traditional art and food. As kids, my brothers and I used to help out at the concession stands and sell a traditional food called frybread. It was very popular, and we got to meet a lot of people that way.”

The Unkechaug Nation is located on the Poospatuck (“where the waters meet”) Reservation in Long Island, NY. Under the provisions of colonial laws and later under the New York State Constitution (Article 12) the State of New York formally recognized the Unkechaug Nation in the 18th century. This 55-acre territory that is home to around 250 people is directly south of the Laboratory in the southeast part of what is now referred to as the town of Brookhaven. Former Chief Harry Wallace has been a big part of the Algonquian Language Revitalization Project, a partnership with indigenous speakers and Stony Brook University to uncover the history of this complex language in order to better understand and preserve it.

While recognizing the unique cultures and histories of these local nations, Cause said “it is also important to recognize that those keeping these traditions alive and building these communities can sometimes feel like they have a foot in two different worlds. It’s important to be open to these kinds of challenges and create an environment of inclusion and equity, which can be as simple as listening, learning, and understanding.”

People like Nelson Cause, Jerry Chris Elliott High Eagle, and Harry Wallace have so much to offer their local communities and the world at large, but it would have been better if they didn’t have to face the adversities that they did to get there.