Members of the Brookhaven Lab community gathered in Berkner Hall on June 27 to recognize 14 employees’ distinguished contributions to the Laboratory’s mission. The Science and Technology Awards, Engineering Awards, and Brookhaven Awards that were presented consist of a plaque and $10,000, and they are the highest accolades given by Brookhaven to its employees. 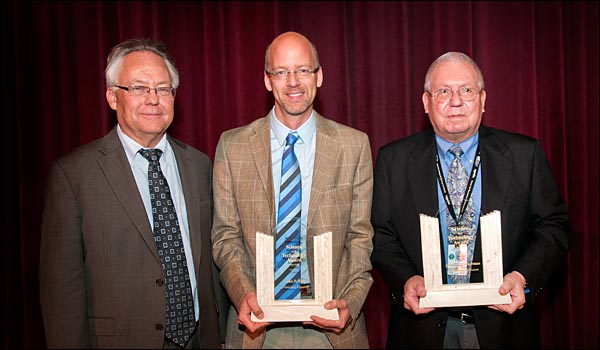 Learn more about the 2012 Science and Technology Award recipients. 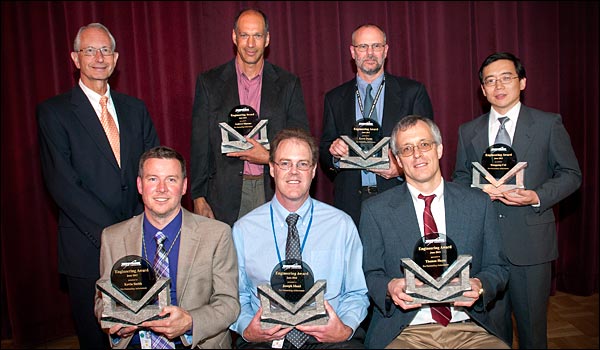 Engineering Awards are given to recognize distinguished contributions to the Laboratory’s engineering and computing objectives. The 2012 Engineering Awards were presented by Lanny Bates, Assistant Laboratory Director for Facilities and Operations, and the recipients were: 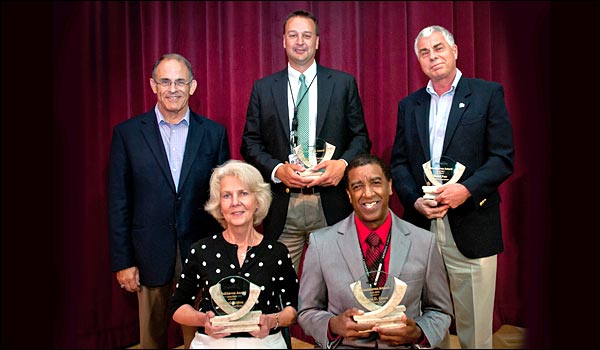 Brookhaven Awards are given to recognize key contributors in support functions whose performance and achievements represent outstanding service to the Laboratory. The 2012 Brookhaven Awards were presented by Sam Aronson, Laboratory Director, and the recipients were: