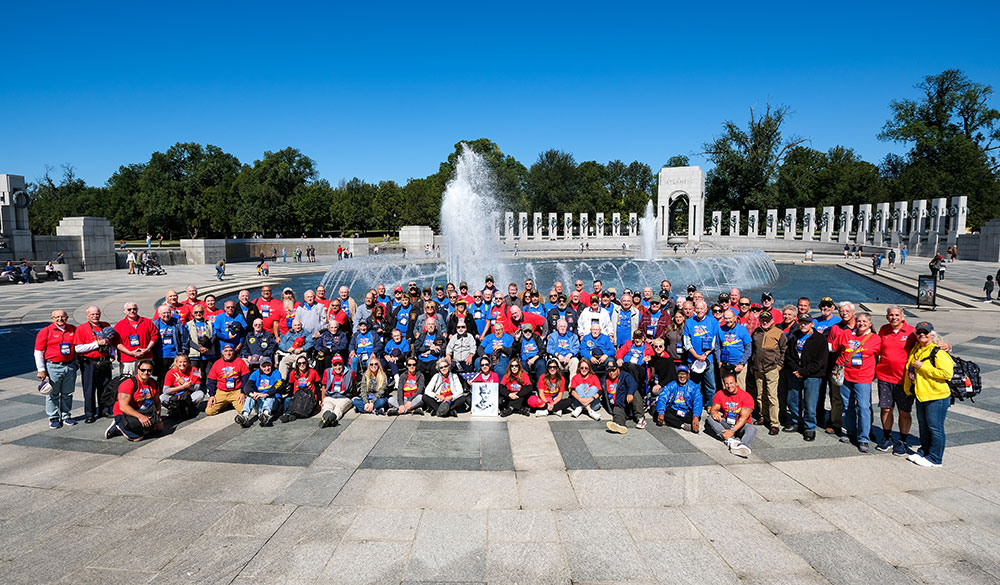 Twice a year, groups of World War II, Korean War and Vietnam War veterans from Long Island board a flight to Washington, D.C. for a day meant to honor and thank them for their service.

Honor Flight Long Island provides the free day-long trip for veterans, who are each paired with a volunteer guardian as they make their way to the National Mall full of monuments and memorials. The veterans visit memorials commemorating their service, taking a moment to reflect on their time in the U.S. Armed Forces and remember fallen friends.

The Brookhaven Veterans Association (BVA), an employee resource group at the U.S. Department of Energy’s Brookhaven National Laboratory, is donating $400 to Honor Flight Long Island to make a future trip possible for a veteran. 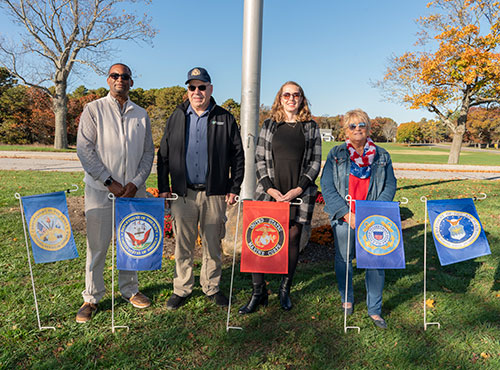 The BVA is dedicated to veteran recognition, outreach, and support. The group honors days of observance for the U.S. Armed Forces and promotes ways to help veterans in need. The BVA also supports U.S. veterans, military reservists, transitioning military and their families as they invest in a career at Brookhaven Lab.

“Honor Flight Long Island shares the BVA’s goal to pay tribute to our veterans’ service to our country,” said outgoing BVA Commander Steve Coleman. “The BVA is pleased to help a local veteran make an incredibly meaningful trip to visit their memorial.”

Jane Koropsak, a BVA member and longtime Brookhaven Lab staffer currently working part-time for the Stakeholder Relations Office, accompanied Korean War veteran John Foster as a guardian during an honor flight on Sept. 23. As a group, honor flight participants gathered for a photo at the World War II Memorial, then set out across the National Mall.

Koropsak and Foster then visited the Korean War Veterans Memorial, where Foster found the name of a friend who passed etched into the Wall of Remembrance. 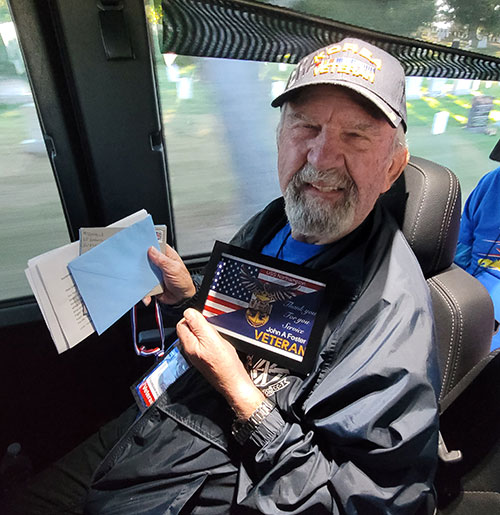 The group also visited the Marine Corps War Memorial, which depicts a flag raising during the Battle of Iwo Jima in World War II, and attended the changing of the guard at the Tomb of the Unknown Soldier in Arlington National Cemetery.

Koropsak organized a surprise for veterans on the way to the airport to head back home, recreating a moment that many service members remembered fondly from their days in uniform–mail call.

“The time of day the veterans looked forward to while they were serving was mail call,” Jones said. “Everybody loved to receive correspondence from loved ones and friends.”

Veterans received handfuls of letters from family members, school children, and scout troops, all thanking them for their service.

Another heartfelt surprise awaited the group as they arrived back at Long Island MacArthur Airport. A huge group of family and friends lined the terminal, welcoming the veterans home with applause, waving American flags, and holding “thank you” posters. Local firefighters flew the flag between two firetrucks for everyone to see at the airport’s exit.

The next honor flight will take place next spring. Veterans and guardians are encouraged to apply for spots on upcoming trips.