The following news release was originally issued by the Massachusetts Institute of Technology (MIT). Jesse Thaler is a principal investigator with an expertise in quantum algorithms in the software and applications thrust at the Brookhaven Lab-led Co-design Center for Quantum Advantage (C2QA). C2QA is one of five Department of Energy Quantum Information Science Research Centers established in support of the National Quantum Initiative. For more information on Brookhaven’s involvement, contact Denise Yazak (Dyazak@bnl.gov, 631-344-6371). 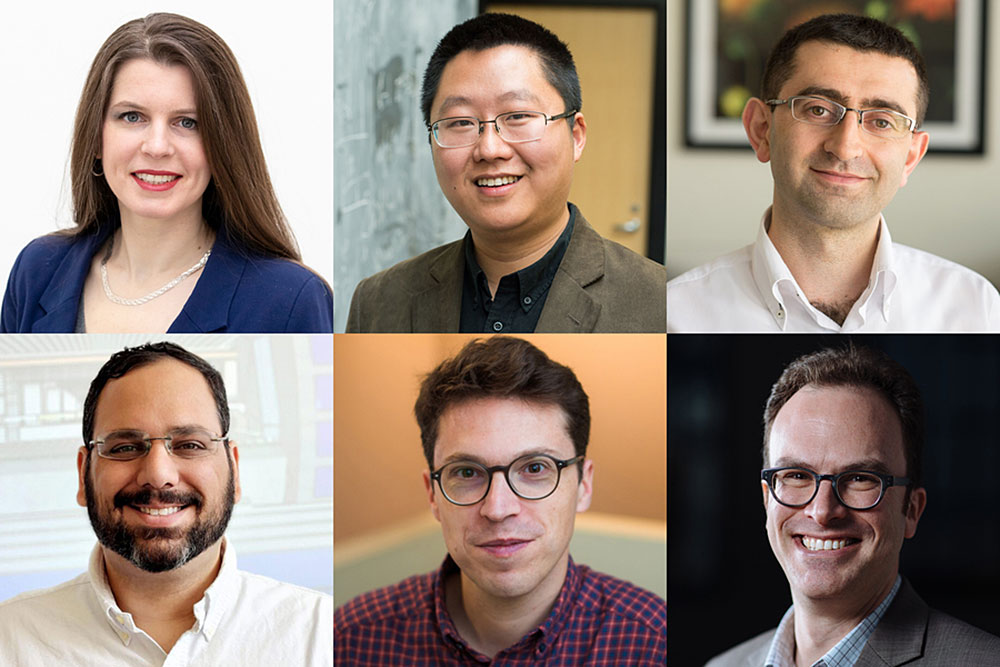 Six members of the MIT community have been elected fellows of the American Physical Society for 2022. The APS Fellowship Program was created in 1921 for those in the physics community to recognize peers who have contributed to advances in physics through original research, innovative applications, teaching, and leadership. According to the APS, each year no more than one-half of 1 percent of the APS membership, excluding student members, are recognized by their peers for election to the status of fellow.

Professor Anna Frebel studies the chemical and physical conditions of the early universe, and how the oldest, still-surviving stars can be used to obtain constraints on the nature of the very first stars and early supernova explosions, and associated stellar element nucleosynthesis. She is best known for her discoveries and subsequent spectroscopic analyses of 13 billion-year-old stars in the Milky Way and ancient, faint stars in the least-luminous dwarf galaxies, to uncover unique information about the physical and chemical conditions of the early universe. The APS Division of Astrophysics elected Frebel "for pioneering contributions to the study of low-metallicity stars, near-field cosmology, and the r-process in astrophysics."

Professor Nuh Gedik’s research centers on using advanced optical techniques for probing and controlling properties of quantum materials, such as topological insulators and high-temperature superconductors. Gedik employs these techniques to search for answers to important problems in condensed matter physics, with a primary focus on understanding the mechanisms behind the unique properties of strongly correlated electron systems. The APS' Division of Condensed Matter Physics elected Gedik "for the creation of time-resolved techniques to selectively probe dynamics of charge, spin and lattice excitations with unprecedented time, momentum and energy resolutions and for the observation of Floquet-Bloch states in a topological insulator material achieved with novel pump-probe methods."

Or Hen, the Class of 1956 Career Development Associate Professor of Physics, investigates quantum chromodynamic effects in the nuclear medium and the interplay between partonic and nucleonic degrees of freedom in nuclei. Specifically, Hen utilizes high-energy scattering of electrons, neutrinos, photons, protons, and ions off atomic nuclei to study short-range correlations: temporal fluctuations of high-density, high-momentum, nucleon clusters in nuclei with important implications for nuclear, particle, atomic, and astrophysics. Hen conducts his research as part of the Hadronic Physics Group in the MIT Laboratory for Nuclear Science (LNS). He is also co-leading the development of the ePIC experiment at the Electron-Ion Collider that, once constructed at Brookhaven National Lab, will serve as the United States’ forefront particle collider for the coming decades. The APS Topical Group on Few-Body Systems elected Hen "for using eA and pA hard reaction measurements to advance our knowledge of short-range correlated nucleon pairs in nuclei and their effects on nuclear and nucleon structure."

Nuno F. Loureiro is a professor in the departments of Nuclear Science and Engineering and of Physics. He is also deputy director of the MIT Plasma Science and Fusion Center. Loureiro's research focuses on various aspects of magnetized plasma dynamics, such as magnetic reconnection, magnetic field generation and amplification, confinement and transport in fusion plasmas, and turbulence in strongly magnetized, weakly collisional plasmas. New turbulence-related publications by Loureiro’s research group are contributing to the quest to develop nuclear fusion as a practical energy source, and to emerging astrophysical research that delves into the fundamental mechanisms of the universe. The APS' Division of Plasma Physics elected Loureiro "for transformative contributions to the theory of magnetic reconnection and for elucidating the fundamental role of hierarchical reconnection phenomena in plasma turbulence, with broad applications in laboratory, space, and astrophysical systems."

Jesse Thaler is a theoretical particle physicist in the Laboratory for Nuclear Science's Center for Theoretical Physics and director of the National Science Foundation's AI Institute for Artificial Intelligence and Fundamental Interactions. Thaler fuses techniques from quantum field theory and machine learning to address questions in fundamental physics. His current research focuses on maximizing the discovery potential of the Large Hadron Collider through new theoretical frameworks and novel data analysis techniques. Thaler is an expert in jets, which are collimated sprays of particles copiously produced at colliders, and he studies the substructure of jets to enhance the search for new phenomena and illuminate the dynamics of gauge theories. The APS Topical Group on Data Science elected Thaler "for original foundational research contributions, leadership, and mentoring in the area of machine learning for fundamental physics."