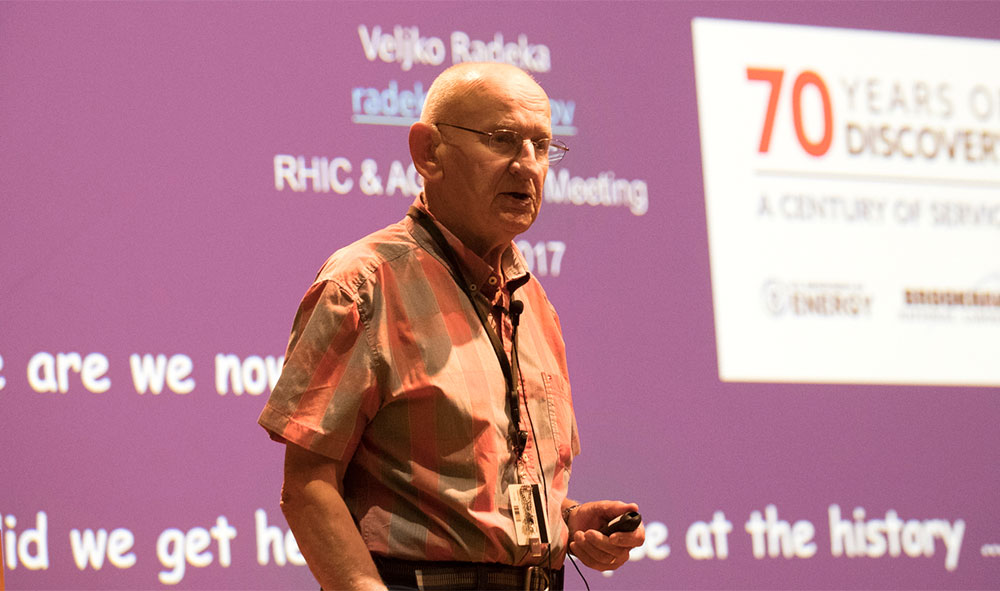 Veljko Radeka, a senior scientist in the Instrumentation Division at the U. S. Department of Energy’s (DOE) Brookhaven National Laboratory, has had a long, distinguished scientific career touching several areas of research and inspiring colleagues, collaborators, and students along the way. The International Committee for Future Accelerators (ICFA) recently recognized the contributions Radeka has made in the field of instrumentation, as well as his role as a leader, with the 2022 ICFA Instrumentation Award.

ICFA has initiated this annual award to highlight the exceptional work of individuals and groups who have advanced the field of particle physics through their achievements in instrumentation. Radeka was honored for breakthrough achievements throughout his career, particularly his contributions in the development of low noise amplifiers needed to accurately read the small signals from particle detectors, noble liquid calorimeters, and time projection chambers.

Radeka and his colleagues developed the first noble liquid argon calorimeter, a device that measures the energy of electrons, photons, and hadrons (subatomic particles such as protons and neutrons that are made up of quarks). 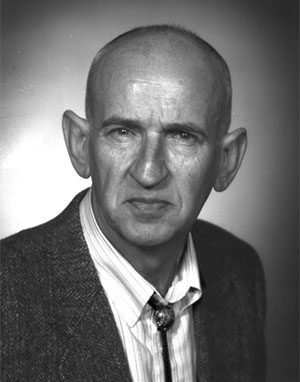 A portrait of Veljko Radeka taken in 1992

These instruments have been used in many high-energy physics experiments, including in the ATLAS experiment at the Large Hadron Collider (LHC), which played a key role in the discovery of the Higgs boson. These discoveries have revolutionized not only the field of particle and high energy physics, enabling Nobel Prize winning research, but also disciplines as varied as photon science, cosmology, medicine and homeland security.

Radeka is widely recognized for his meticulous focus on understanding the theoretical limits of measurement systems, irrespective of the instrument’s size and number of electronic channels. This philosophy is reflected in every detector he has worked on and has helped in the education of generations of experimental physicists.

Radeka earned a doctorate in engineering sciences at the University of Zagreb, Croatia, in 1961. A year later, he joined Brookhaven's Instrumentation Division as a visiting scientist in 1962. In 1972, Radeka became the head of the Instrumentation Division, leading the group for four decades. In 2012, he stepped down in order to return to full-time research. As division head, he carefully advanced the technology base of the division. He was a key advocate in establishing the Instrumentation Division’s core research areas, such as solid-state, liquid, and gas detectors, lasers/optics/photocathodes, and microelectronics.

“I always felt that the purpose of instrumentation is to make Brookhaven Laboratory competitive,” said Radeka. “We want to provide these scientists with the best tools so that they can perform important work that is the basis of all nuclear and particle physics.”

Radeka holds two instrumentation patents and has authored more than 200 publications. He has shared his extensive knowledge by teaching courses on detectors. He is a Life Fellow of the Institute of Electrical and Electronics Engineers (IEEE), a Fellow of the American Physical Society, and a recipient of the IEEE’s Centennial Medal in 1984, Harold Wheeler Award in 2009, Marie Sklodowska-Curie Award in 2013, and the inaugural American Physical Society (APS) Division of Particles and Fields Instrumentation Award in 2015.

Radeka’s current interests include the development of  monolithic circuits for signal processing, cryogenic electronics for neutrino oscillation and rare-decay experiments, imaging detectors for biology and medicine, and nanoscale devices applied to charge measurement. His drive for discovery fuels the momentum that has gotten him this far. He credits this to “curiosity, motivation to build something that works, and the opportunity to meet and work with so many good people.”

“In the forty years that I was responsible for the Instrumentation department, it was my greatest pleasure to be joined by a number of very talented, creative people in such a relatively small group,” said Radeka. “It made me happy to see them succeed and publish their work. It’s very satisfying to help someone early in their career.”