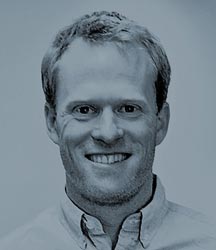 As both a graduate student at Yale and a postdoctoral fellow at Massachusetts Institute of Technology (MIT), Mike Miller was immersed in analyzing data from the STAR detector at the Relativistic Heavy Ion Collider (RHIC), where thousands of particles stream out of ion collisions occurring thousands of times each second. Now, instead of gazing at data from STAR, he has his head in "the cloud"—or, more precisely, a company called Cloudant, which he founded with fellow RHIC Ph.D. students Alan Hoffman and Adam Kocoloski of MIT, to provide "cloud" database systems that software developers use over the internet.

"Our collective thesis work at RHIC turned out to be the ideal preparation for the big data wave."

The trio also worked together analyzing data from the Large Hadron Collider, which generates even more data than RHIC. The technology they developed for Cloudant builds on and improves the types of tools they used for dealing with vast amounts of physics data.

"Scientists spend a lot of time building the technology needed to do science," only getting the chance to use those tools to analyze data later, Miller said. 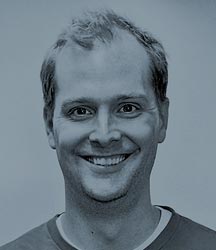 But that experience can have benefits, Kocoloski explained. "Because physicists and other scientists are natural problem solvers, they're really good at thinking through what kinds of tools will work for particular data challenges," he said. "That's one reason we look to hire scientists to work at Cloudant."

Cloudant has grown to 60 people now, but the company began while its founders were still working at RHIC in 2008.

"We were all leading dual lives: the life of science, and the life of a tech startup, which I wouldn't encourage anyone to do," said Hoffman. "But the skills we built conducting research at Brookhaven have been invaluable to what we're doing today at Cloudant." 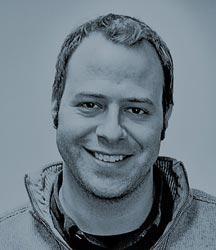 The technology they develop may in turn have a payoff for science, by providing better tools so scientists can spend more time doing science and less time fine-tuning software. In designing tools for data management, they're learning about many fields beyond physics, including genomics.

"Our collective thesis work at RHIC turned out to be the ideal preparation for the big data wave," said Miller. "We didn't realize it at the time, but the fact that we had to help invent and operate so many custom systems meant that we were at the frontier of data generation, management, and analysis. One of the most exciting things is focusing on making technology that's broadly applicable across all domains, from consumer internet, to drug discovery and genomics. In many ways, by focusing exclusively on developing the technological tools use by scientists, we have a chance to make a much bigger impact overall."