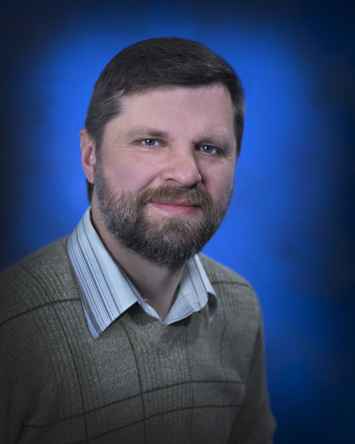 Oleg Chubar, a physicist in the Photon Sciences Directorate, was awarded tenure based on his achievements in the field of synchrotron radiation science and technology, particularly in the area of synchrotron source calculations and wave optical simulations.

"Oleg is a unique scientist in the world of synchrotrons, and has made unique, important contributions to the field of synchrotron radiation science and technology during his relatively young scientific career," said Photon Division Director Qun Shen. "He has clearly demonstrated creative and independent accomplishment of a high order in the performance of original research, and has achieved a deserving reputation and stature in the international community."

After receiving his Ph.D. in physics and mathematics in 1995 from Moscow Engineering Physics Institute in Russia, Chubar worked as a scientific collaborator for the Kurchatov Institute in Moscow. He was then a postdoctoral scientific collaborator and later a software engineer at the European Synchrotron Radiation Facility in France. While there, he developed two software programs that are both now widely known as the most efficient and are used by many synchrotron light sources around the world.

He then spent seven years at SOLEIL Synchrotron in France as a physicist in the Accelerators and Sources Division and, in 2009, he brought his expertise to Brookhaven Lab to join the National Synchrotron Light Source II (NSLS-II) project as an x-ray source physicist in the Photon Sciences Directorate. At Brookhaven, his responsibilities are to optimize insertion device selections for scientific programs at NSLS-II beamlines and to assist in designing insertion device magnets. He also simulates wave propagation through beamline x-ray optics in order to optimize the beamline designs for experiments.

"His deep knowledge of insertion devices, radiation emission and propagation through optical systems will be of great benefit to getting the best performance out of NSLS-II as well as any future radiation sources," said Richard Walker, technical director of Diamond Light Source in the United Kingdom.