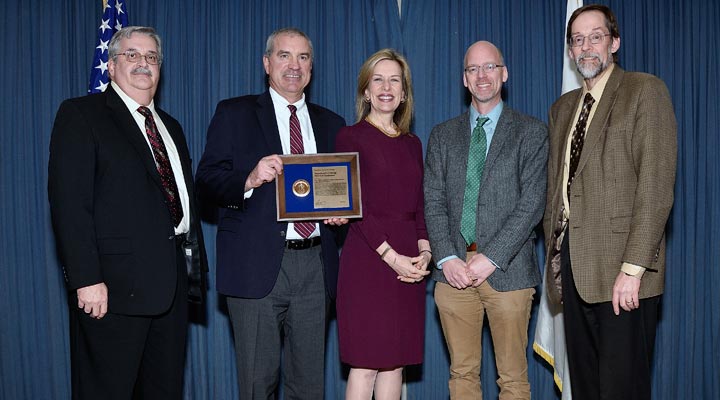 This is the highest honor awarded annually for a project in the DOE complex. NSLS-II was recognized for being completed ahead of schedule, under budget, and with an expanded scope.

At the same event, DOE-Brookhaven Site Office Manager (BHSO) Frank Crescenzo was named the Federal Project Director of the Year for his leadership of and dedication to the NSLS-II project.

“This is a tremendous honor for the Laboratory, for Frank, and for the entire DOE/Laboratory team that poured its heart and soul into this project over the past decade-plus,” said Doon Gibbs, Director of Brookhaven National Laboratory. “I thank and congratulate everyone associated with NSLS-II—both on the project and across the Laboratory—as well as our BHSO and Office of Science partners, for their remarkable, sustained efforts in making NSLS-II the enormous success it is.”