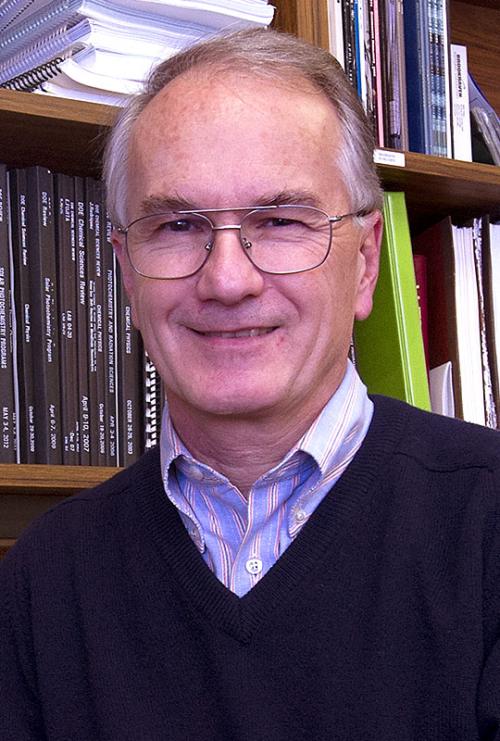 The Chemistry Division conducts basic research in the chemical sciences on subjects ranging from nuclear processes shortly after the big bang, to medical imaging, and many topics in between.

After receiving a Ph.D. in physical chemistry from the University of California at Berkeley in 1985, Harris became a member of the technical staff in Chemical Physics Research of AT&T Bell Laboratories in Murray Hill, New Jersey (later the Bell Laboratories research division of Lucent Technologies). He became department head of the Materials Chemistry Research Department in 1996. In 2000, he joined Agere Systems, Allentown, Pennsylvania, as director of the Guided Wave and Electro-optics Research Department, and, in 2003, he joined Brookhaven as chair of the Chemistry Divsion. At Brookhaven, Harris plans to continue his surface studies as part of the Surface Chemical Dynamics Group, which has recently been formed and is setting up initial experimental efforts.