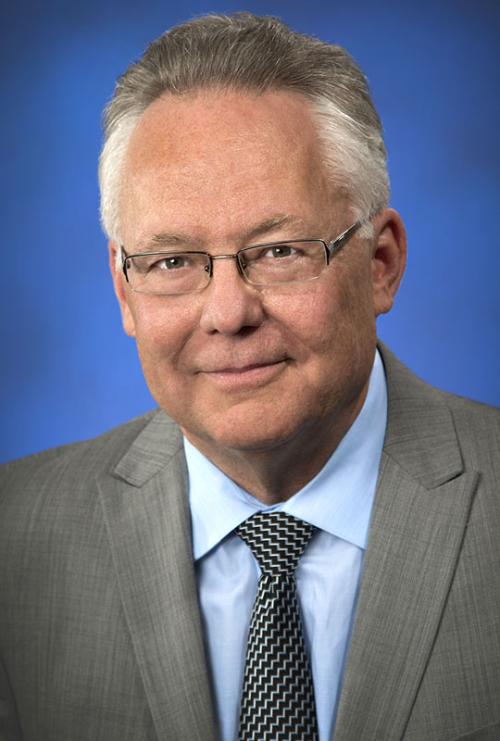 Gibbs earned B.S. degrees in physics and mathematics from the University of Utah and M.S. and Ph.D. degrees in physics from the University of Illinois at Urbana-Champaign. He joined Brookhaven in 1983 as an Assistant Physicist and progressed through the ranks to become a Senior Physicist in 2000. He has served as Group Leader of X-ray Scattering, Head of Condensed Matter Physics, Associate Laboratory Director for Basic Energy Sciences and Deputy Laboratory Director for Science and Technology.

Gibbs became Laboratory Director and President of Brookhaven Science Associates, the LLC that manages the Laboratory on behalf of the DOE, in 2013. He currently serves as a member of the Long Island Regional Economic Development Council, the Long Island Association Board and the SUNY Research Council, among others.

Gibbs was the 1991 E.P. Wohlfarth Lecturer in Physics at the Institute of Physics in the UK, and has been recognized by the 1985 DOE Outstanding Scientific Accomplishment in Solid State Physics and by the 2003 Advanced Photon Source Arthur H. Compton Award. He is a Fellow of the American Association for the Advancement of Science and the American Physical Society.