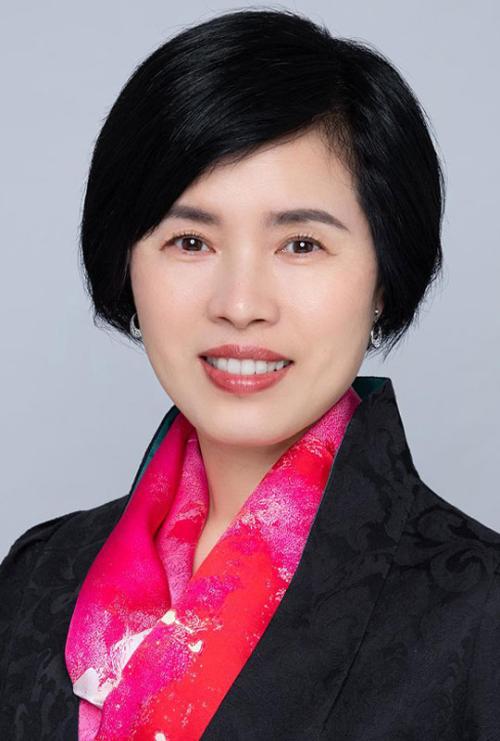 Haiyan Gao is Brookhaven National Laboratory’s Associate Laboratory Director for Nuclear & Particle Physics. Gao helps to develop Brookhaven’s collective long-term vision for the next 10 years.  She also works across the Laboratory and beyond to craft its emerging expertise at the future Electron-Ion Collider (EIC), a one-of-kind nuclear physics research facility that will be built at the Lab over the next decade, after Brookhaven’s flagship nuclear physics facility, the Relativistic Heavy Ion Collider, completes its science mission.

In addition to her nuclear physics expertise, Gao brings a keen interest in promoting diversity, equity, and inclusion in the sciences. Gao earned her Ph.D. in physics from the California Institute of Technology in 1994. Since then, she has held a number of positions within the field including as an assistant physicist at Argonne National Laboratory, and assistant and associate professor of physics at Massachusetts Institute of Technology.

Most recently, Gao served as the Henry W. Newson Distinguished Professor of Physics at Duke University. She also served as the chair of physics and as the founding vice chancellor for academic affairs at the Duke Kunshan University in Kunshan, China, where she spent a few years of her childhood.

Gao’s research interests at Duke included the structure of the nucleon, search for quantum chromodynamics exotic states, fundamental symmetry studies at low energy to search for new physics beyond the Standard Model of electroweak interactions, and the development of polarized targets.

Gao was elected an American Physical Society fellow in 2007 and won the U.S. Department of Energy’s Outstanding Junior Investigator Award in 2000.