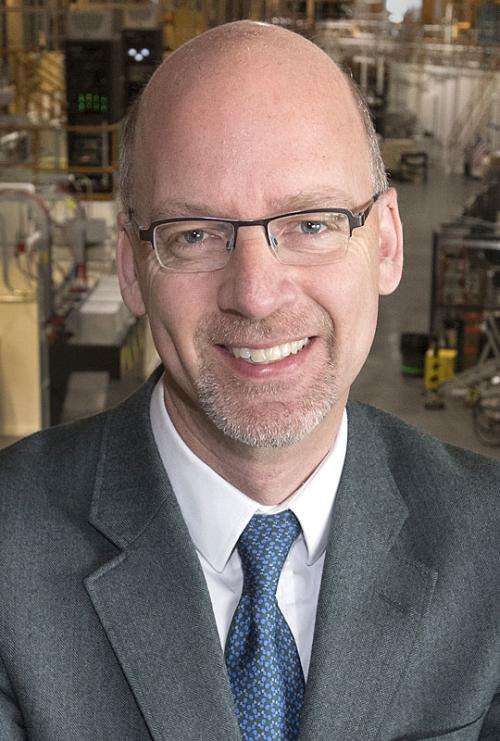 John previously served as group leader of the x-ray scattering group in Brookhaven's Condensed Matter Physics and Materials Science Department and is recognized as a world leader in applying x-ray scattering techniques to the study of condensed matter systems. In particular, he has focused on using resonant elastic scattering to study magnetic and electronic order in a range of materials. More recently, he has extended these studies by pioneering the use of inelastic x-ray scattering techniques to study electron dynamics in similar systems. His research is presently focused on understanding the novel electronic ground states and excitations in strongly correlated electron systems.

The study of cooperative electronic phenomena in condensed matter systems, including especially equilibrium and non-equilibrium dynamics in strongly coorelated electron systems.  Development and use of x-ray magnetic and inelastic scattering techniques. John is the author of more than 120 articles in peer-reviewed journals.

John joined Brookhaven Lab’s Physics Department as a postdoc. He was promoted through the ranks, received tenure in 1999, and was appointed group leader of the X-ray Scattering Group in 2001.

John served on the NSLS Users Executive Committee from 1999 to 2001, and from 2001 to 2007. He was the Executive Director of IXS-CDT, a consortium that led the design, construction, and commissioning of an inelastic x-ray scattering beamline at the Advanced Photon Source.

From February 2006 to August 2008, he served as Experimental Facilities Division Director for the NSLS-II project, with responsibility for overseeing all aspects of the design, construction and commissioning of NSLS-II’s experimental facilities, a scope of work that included beamlines, the associated R&D programs and interactions with users.

John was awarded the Presidential Early Career Award and the DOE Young Independent Scientist Award in 1996, was elected a fellow of the APS in 2002, and received a Brookhaven Science and Technology Award in 2012.