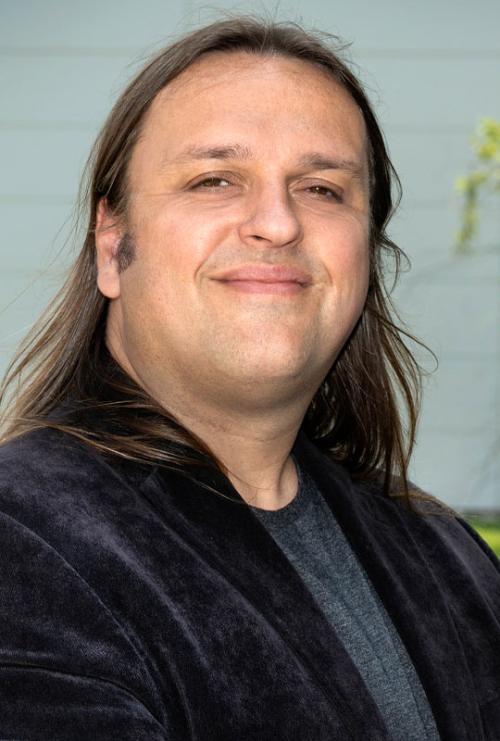 Marcus serves as a supervisory group lead and the hard x-ray spectropscopy and scattering programs assigned support team lead within the Data Science and Systems Integration program (DSSI). The DSSI program is responsible for research and development in data science, advanced instrumentation and operation of the critical underlying controls and data infrastructure of the NSLS-II. He has a strong background in user interfaces, scientific software development, high-performance computing and data visualization. Marcus wants to improve the state-of-the-art in data science at the NSLS-II with a strong focus on improved user interfaces, integration of compute and best-in-class data visualization capabilities.

His doctoral research focused on materials characterization of nanomaterials using a variety of techniques, with a postdoctoral fellowship in computational chemistry attempting to combine computational and experimental studies. He is passionate about open source and open science, playing key roles developing a number of open source projects including Avogadro (a molecular editor) and Tomviz (tomographic reconstruction, visualization and analysis). Marcus worked in industry for over a decade developing these tools as well as foundational libraries and infrastructure such as the Visualization Toolkit (VTK), CMake, ParaView and more. His work has always had a focus on understanding scientific data using visualization and graphical user interfaces with most of my work developed in C++/Qt, often wrapped in Python. More recently he has moved to focus on web-based technologies to extend the reach of data, but keeping the server component data-centric. Marcus has a passion for using high-performance computing to empower research using open science to enable full peer review.

In 2002 Marcus spent three months at a startup in Mountain View, CA as part of the sysadmin group delivering computational resources to a team of 50 engineers designing a microchip that offered a reconfigurable fabric for signal processing (Chameleon Systems, Inc). After that he ran a consulting business throughout his undergraduate and PhD research providing web, email, Linux servers, firewalls, security and general IT consulting services to local SMEs. At the end of his PhD Marcus was selected as a student in the Google Summer of Code where he developed the open source Avogadro program for molecular editing and visualization.

After completing his Ph.D. in Physics in 2007, Marcus took a postdoctoral fellowship at the University of Pittsburgh in Pittsburgh, PA in the chemistry department. He helped set up a research lab with a group headed by Prof. Geoffrey Hutchison combining computational and experimental studies to provide better insight into material properties. There he further developed Avogadro, along with other open source tools such as Open Babel, the group's research code for looking at material defects, experimental control code and administered the XServe cluster.

In 2009 Marcus was offered a position at Kitware as an R&D Engineer, before being promoted to a Technical Leader in 2012. During his tenure at Kitware Marcus led big efforts to modernize software workflows, rewriting aging build systems, developing 2D rendering APIs, charts, and he later led the rewrite of the 3D rendering to use modern OpenGL API calls that led to significant speed improvements. He led multiple SBIRs for the DOE and DOD founding the Open Chemistry Project to support the development of open source tools in chemistry and materials science. He was one of the founders of the Tomviz project and the Principal Investigator of the DOE SBIR that resulted in over $2M of funding over five years along with numerous commercial support projects. He brought in over $7M of funding from the DOE, DOD, NSF along with multiple commercial projects, and formed a team to develop software for chemistry and materials science.

During the pandemic in 2020 Marcus began a role at the NSLS-II, now part of the Data Science and Systems Integration Program.