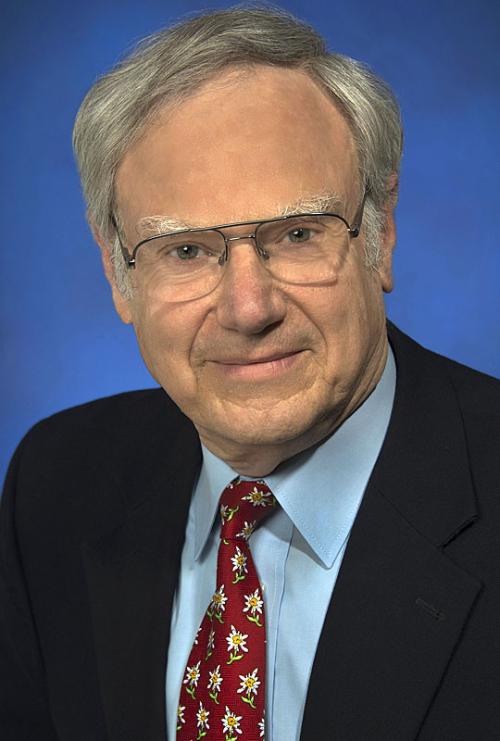 Schlyer began his Brookhaven career in 1976 as a research associate in the Chemistry Department. Over the years, he was promoted to various ranks within the department, becoming an assistant chemist in 1979 and receiving tenure in 2003. In 2006, he transferred to the Lab’s Medical Department, where he became a senior tenured chemist (2007) and served as acting department chair (2012). When the Medical Department was reorganized and combined with the Biology Department into the Biosciences Department in 2012, he became department chair—a role he served until 2014.

David was trained as an inorganic chemist.  His research over the past 40 years has led to fundamental new knowledge in two major areas (1) the development of cyclotron targetry for isotope production and the nuclear and radiochemistry which underpins it and (2) the design and engineering of high resolution imaging instrumentation for molecular imaging research in awake animals and in whole plants.  Indeed the excitation functions that he has measured and the cyclotron targets that he has developed are currently used around the world for the production of carbon-11 and nitrogen-13 and fluorine-18 labeled small molecules.

Radioisotope production and cyclotrom targetry.  Currently involved in the development of methods for the production of Ac-225 using the MIRP cyclotron at BNL.

Dr. Schlyer, holds nine patents, has authored more than 160 journal papers and is a member of the Experts Section of the International Atomic Energy Agency.  In that capacity, he has been involved in the installation of 20 cyclotron facilities for the IAEA all over the world and has coauthored several books on radioisotope production for the IAEA.  He is also on a committee for the International Union of Pure and Applied Chemistry and is a reviewer for the Journal of the Korean Nuclear Society, and editor of Current Radiopharmaceuticals.  He is a Visiting Scientist at Weill Cornell Medicine in New York and collaborates there on biological modeling and radiation dosimetry of prostate cancer and Parkinson's disease.  He also gives lectures in two graduate courses in Medical Imaging at Stony Brook University