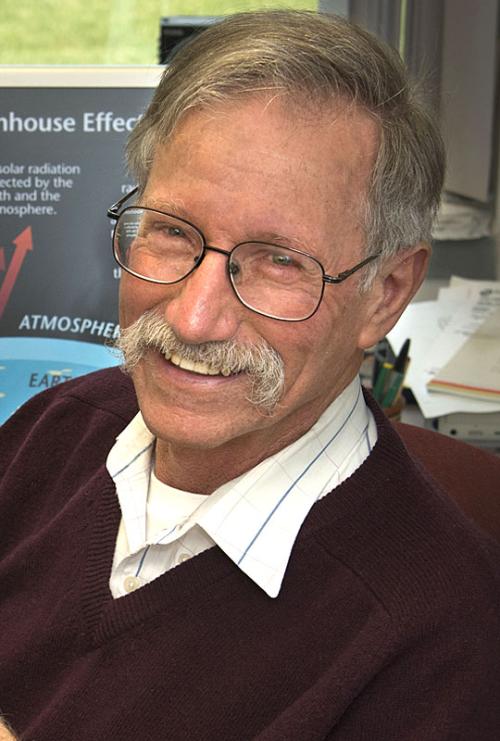 Stephen Schwartz is a Senior Scientist Emeritus at Brookhaven National Laboratory and principal investigator in the Department of Energy Atmospheric System Research Program. His research centers on the influences of energy related emissions on climate, with a focus on the role of atmospheric aerosols.

In his research at Brookhaven National Laboratory, Schwartz developed methods to describe the rate of reactions in clouds that lead to production of acid rain. Schwartz's research exerted a major influence on the drafting of the acid deposition section of the 1990 Clean Air Act Amendments. Subsequently his work focused on atmospheric aerosols, which influence a variety of atmospheric processes, from precipitation to climate change. More recently Schwartz has been examining climate change using whole-Earth energy balance models.

Schwartz is author or coauthor of over 130 papers published in peer-reviewed scientific journals. He was editor of Trace Atmospheric Constituents published by Wiley in 1983 and was co-editor of a three volume series Precipitation Scavenging and Atmosphere-Surface Exchange, published by Taylor & Francis in 1992. He is coauthor of Sea Salt Aerosol Production: Mechanisms, Methods, Measurements, and Models — A Critical Review, published by the American Geophysical Union in 2004.

Stephen Schwartz lives with his wife, a retired teacher, in Center Moriches, on the south shore of Long Island, where he enjoys canoeing on the Forge River. They have two grown children. Schwartz drives a hybrid gasoline-electric car.