Modeling the Chemical Reactions of Nanoparticles

ATLANTA, GA - As science enters the world of the very small, researchers will be searching for new ways to study nanoparticles and their properties. For the past several years, scientists at the U.S. Department of Energy's Brookhaven National Laboratory have been experimenting with new methods for preparing nanoparticles on metal supports, with the aim of creating model catalyst systems to better study the special reactivity of nano-sized catalyst particles. 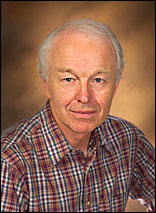 Brookhaven's Jan Hrbek will review several of the Lab's results at the 231st national meeting of the American Chemical Society at the Georgia World Congress Center in Atlanta, GA. Hrbek's talk will be held on Monday, March 27 at 2:40 pm in Room C209.

Catalysis, the acceleration of a chemical reaction, is tremendously important as an industrial process, underlying most of our energy supply (oil-to-fuel conversion, for example) and 80 percent of the products of the chemical industry. There is a substantial need to understand how catalysts work, and learn to design and make better catalysts. The work at Brookhaven is aimed at understanding how the detailed atomic structures of model systems of certain classes of catalysts contribute to their activity. Hrbek's talk will review work in making models of nanometer scale particles that are the active material in many catalyst particles.

Solid surfaces often act as catalysts by binding molecules, weakening their internal bonds and allowing them to react to form new molecular products. These solid surfaces are usually nanometer-sized particles supported on micron-sized powder particles. Reacting gases or liquids flow over them to undergo reactions into the desired products.

Examples of active materials include metals, metal oxides, and other metal compounds (metal sulfides and metal carbides, for example). These are known collectively as heterogeneous catalysts since they are in a separate (solid) phase from the reacting gas or liquid stream that flows over them. Very tiny particles allow most of the solid material's atoms to be at the surface, in contact with the reacting stream. This fine dispersion is necessary to guarantee efficient use of the catalyst material. The nanometer size also is often important in improving the reactivity and selectivity of the particles. These tiny particles are often strained and the strain can promote formation of more stable active sites for a particular chemical transformation.

"Actual catalysts are very complex, not well controlled materials, often with a wide range of particle sizes and structures," Hrbek said. "It is often difficult to sort out which atomic sites are catalytically active. The goals of these model studies are to be able to determine atomic structures of the reactive sites, and to understand how reactions occur at those sites. This work ultimately aims to strengthen our ability to design better catalysts."

Among the most interesting results of the Brookhaven studies is a new method to create well-defined nanoparticles of metal compounds that are of catalytic interest.

"Reactive layer assisted deposition, or RLAD, allows us to make well-dispersed, reasonably uniform nanoparticles of metal compounds on well-defined supports," Hrbek said. "These can then be structurally characterized on the nano scale and their reactivity evaluated by using modern surface-sensitive techniques. This opens an interesting opportunity to examine catalytic activity in metal compounds that were also atomically characterized."

"It is a challenge to form uniform particles in this size range, to disperse them uniformly on the substrate, and to 'look' at them with advanced microscopies to understand their structure," Hrbek said. "The tools being applied to form and study the particles are one aspect of Brookhaven's growing capabilities in nanoscience."

The research was funded by the Office of Basic Energy Sciences within the U.S. Department of Energy's Office of Science.