UPTON, NY - Four scientists from the U.S. Department of Energy's (DOE) Brookhaven National Laboratory have been awarded the distinction of Fellow by the American Association for the Advancement of Science (AAAS). Ilan Ben-Zvi, Peter D. Johnson, John Shanklin and F. William Studier will be among 471 AAAS members to receive this honor for their efforts toward advancing science applications that are deemed scientifically or socially distinguished. The new Fellows will be presented with their official certificate and rosette pin on Saturday, February 16, during the 2008 AAAS Annual Meeting in Boston. 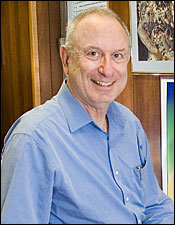 Ilan Ben-Zvi was cited for "distinguished scientific and technical contributions to the field of accelerator physics and service to the physics community."

As Director of Brookhaven Lab's Accelerator Test Facility for 15 years, Ben-Zvi saw to its development as the premiere advanced accelerator physics facility in the world. Ben-Zvi invented new devices for improving the operation of accelerators for physics research and for free electron lasers, which are research tools that are useful for studying a wide variety of materials and chemical reactions. He was thesis advisor for numerous graduate students, and he served in leading roles in many scientific meetings and panels.

Ben-Zvi earned a Ph.D. in physics from the Weizmann Institute of Science, Israel, in 1970. He joined Brookhaven Lab as a visiting physicist in 1988, and he is currently a senior scientist and Associate Chair for Superconducting Accelerator R&D at Brookhaven's Collider-Accelerator Department. A Fellow of the American Physical Society, Ben-Zvi is the recipient of the 1999 Institute of Electrical and Electronics Engineers Accelerator Science and Technology Award, the 2001 BNL Science and Technology Award, and the 2007 Free Electron Laser Prize. 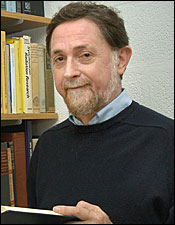 Peter D. Johnson was recognized for "outstanding contributions to our understanding of the electronic structure and associated dynamics of two-dimensional condensed matter systems."

Using powerful x-rays generated at Brookhaven's National Synchrotron Light Source, Johnson studies materials with various techniques based on photoemission, a process in which an electron absorbs energy from light and is ejected from the material that is being studied. Johnson has focused on learning about two-dimensional materials, in which electrons are confined to a two-dimensional world, rather than the usual domain of three dimensions. Two-dimensional materials include the surfaces of metals, where catalytic reactions may take place; magnetic multilayers, consisting of alternating layers of thin films of magnetic and nonmagnetic materials, which were the basis of the 2007 Nobel Prize in Physics; and high-temperature superconductors, materials that lose all electrical resistance at temperatures above the boiling point of liquid nitrogen (minus 320.8 degrees Fahrenheit).

Johnson earned a Ph.D. in 1978 from Warwick University, England. In 1983, after a period at Bell Laboratories, he joined Brookhaven as an associate physicist. He is currently a senior physicist and group leader of electron spectroscopy in Brookhaven's Condensed Matter Physics and Materials Science Department. He is also serving as interim head of the department. A recipient of the BNL Science and Technology Award in 2001, Johnson is also a Fellow of both the American Physical Society and the Institute of Physics in the United Kingdom. 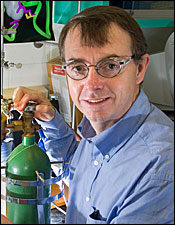 John Shanklin was cited for "outstanding research contributions that have opened the way toward using crop plants to produce new types of oils and chemical feedstocks."

Shanklin studies the use of plants and sunlight for the conversion of carbon dioxide, a major greenhouse gas, into products that will decrease dependence on petrochemicals - chemicals obtained from dwindling fossil fuel supplies. Specifically, he is interested in lipid metabolism and controlling the composition of plant oils so that they can be used as renewable industrial feedstocks. As part of this work, he has improved the properties of desaturase, enzymes that plants use to convert saturated fats into unsaturated fats. To achieve these goals, he performs detailed structure-function analysis of plant enzymes and then redesigns them to make useful products.

Shanklin earned his Ph.D. in horticulture from the University of Wisconsin-Madison in 1988. He came to Brookhaven Lab in 1992 as an assistant biochemist, and he rose to the position of tenured senior biochemist in 2002. Shanklin has received numerous professional awards, including the Presidential Early Career Award for Scientists and Engineers and the DOE Office of Energy Research Young Scientist Award, both in 1997. He subsequently received the Terry Galliard Medal for Plant Lipid Biochemistry in 2000 and the DOE Office of Science Pollution Prevention Award in 2004. 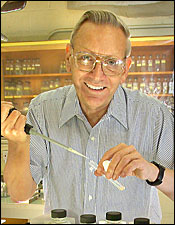 F. William Studier was cited for "distinguished contributions to the field of molecular genetics, particularly for work on bacteriophage T7 genetics and DNA conformations and interactions."

Studier pursues basic studies of DNA, the carrier of genetic information. In the 1980s through the 1990s, Studier and colleagues at Brookhaven developed and patented the T7 gene expression system, which is used worldwide by academia and industry to produce specific proteins within bacterial cells. In 2004, Studier won the R&D 100 Award, given annually by R&D Magazine to the top 100 technological achievements of the year, for developing a new method that simplifies the production of proteins in the T7 expression system. His current work is focused on structural genomics, finding the three-dimensional shapes of a wide range of proteins. This structural information will help reveal the roles that proteins play in health and disease and will help point the way to designing new medicines for genetic diseases.

Studier earned a Ph.D. in biophysics from the California Institute of Technology in 1963. He joined Brookhaven in 1964 as an assistant biophysicist, and he rose through the ranks to become Chair of Brookhaven's Biology Department in 1990, a position he held until 1999, when he returned to full-time research. Studier is a recipient of the 1977 Ernest Orlando Lawrence Memorial Award for his contributions to the field of genetics. He is a member of the National Academy of Sciences and the American Academy of Arts and Sciences.