UPTON, NY — Two large construction projects at the U.S. Department of Energy’s (DOE) Brookhaven National Laboratory — the U.S. ATLAS Detector Project and the Center for Functional Nanomaterials (CFN) — have been named winners of the DOE Secretary’s Award for Achievement. The awards are given to DOE facilities to recognize outstanding project management in completing projects within cost and schedule. Representatives from Brookhaven Lab will receive the award plaques on March 31, at the 2009 Annual DOE Project Management Workshop in Alexandria, Virginia.

Brookhaven Lab will share the award for the detector project with Fermi National Accelerator Laboratory for its Compact Muon Solenoid (U.S. CMS) Detector Project. These projects successfully contributed key components and expertise to state-of-the-art particle detectors built for the Large Hadron Collider (LHC), the world’s highest energy and largest collider, which is located at CERN, the European laboratory for particle physics, near Geneva, Switzerland. First collisions are expected in the fall of 2009. ATLAS alone has over 2,000 scientists from 37 countries and is expected to yield fundamental discoveries to address leading questions in particle physics.

Howard Gordon, the Brookhaven Lab physicist who was in charge of the U.S. ATLAS Project and is currently head of the U.S. ATLAS Program Office, said, “Funded by DOE Office of Science and the National Science Foundation, the ATLAS and CMS projects together cost $331 million, with almost $164 million of that amount going toward ATLAS. Construction for U.S. ATLAS began in 1997 and was completed by June 2008. Both projects affirm the U.S. as an influential and reliable partner in international science, and enable American scientists to participate in the largest collaborative effort in the physical sciences.” 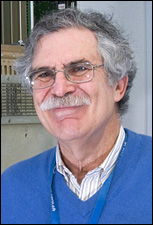 Designed by HDR Architecture, Inc., of Alexandria, Virginia, and constructed by E.W. Howell Co., Inc., of Woodbury, NY, the 94,500-sqare-foot CFN is a state-of-the-art laboratory/office facility that is expected to attract an estimated 300 researchers annually.

The $81-million facility provides researchers with advanced probes and the ability to use new fabrication techniques to study materials at nanoscale dimensions, typically, billionths of a meter, or 1,000 times smaller than a human hair. These materials have different chemical and physical properties than bulk materials and could form the basis of new technologies, particularly in energy.

Construction of the CFN began in September 2005 and was completed in April 2007, six weeks ahead of schedule and under the baseline cost. Thus, its scope was enhanced with an additional $5.3 million of research tools included in the project, allowing researchers an earlier and more aggressive start on the scientific program. Official operations began in March 2008, after all technical equipment was installed.

“The CFN project met and exceeded performance while maintaining standards in security and in environmental, safety and health aspects,” said Project Manager Michael Schaeffer. “The whole project team deserves credit and recognition for their outstanding work.”

The CFN has been awarded a LEED – Leadership in Energy and Environmental Design – silver rating by the U.S. Green Building Council. It also received a 2007 Build New York Award from the General Building Contractors of New York State, and two awards from the American Council of Engineering Companies in 2009.