Robert J. Lang to Speak at Brookhaven Lab on the Modern Science of Origami 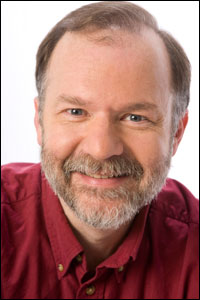 UPTON, NY — Robert J. Lang, who is recognized as one of the worlds leading masters of origami, will give a talk at the U.S. Department of Energys Brookhaven National Laboratory on Thursday, June 24, at 4 p.m. in Berkner Hall. At 3 p.m., prior to the talk, Lang will participate in an origami primer. All are welcome to attend this session as well. Sponsored by Brookhaven Women in Science, the talk, titled From Flapping Birds to Space Telescopes: The Modern Science of Origami, is free and open to the public. All visitors to the Laboratory age 16 and older must carry a photo ID.

During the 1990s, the development and application of mathematical techniques to origami revolutionized this centuries-old Japanese art of paper folding. In his talk, Lang will describe how geometric concepts led to the solution of a broad class of origami-folding problems. Conversely, algorithms and theorems of origami design have shed light on long-standing mathematical questions and have solved practical engineering problems. Lang will discuss how origami has led to huge space telescopes, safer airbags, and more.

Robert J. Lang is a pioneer in computational origami and the development of formal design algorithms for folding. With a Ph.D. in applied physics from the California Institute of Technology, he has authored or co-authored over 80 technical papers and has been awarded 45 patents in lasers and optoelectronics. Along the way to his current career as a full-time origami artist, Lang worked at the NASA/Jet Propulsion Laboratory, Spectra Diode Laboratories, and JDS Uniphase, holding scientific and management positions. He has authored, co-authored, or edited nine books on origami. He is also editor-in-chief of the IEEE Journal of Quantum Electronics.