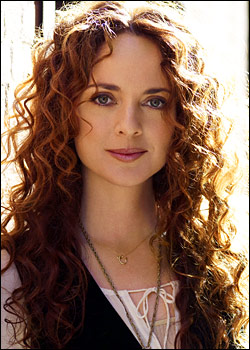 UPTON, NY — Vocalist and Broadway star Melissa Errico, fresh off an exciting summer playing opposite Jeremy Irons in Camelot, will perform a special concert at the U.S. Department of Energy's Brookhaven National Laboratory on Wednesday, August 24, at noon in Berkner Hall. Sponsored by Brookhaven Science Associates, the concert is free and open to the public. All visitors to the Laboratory 16 and older must bring a photo I.D.

Tony nominee Errico will be accompanied by her father, pianist Michael Errico, in a program that includes classical musical theater songs by Rodgers and Hammerstein, Irving Berlin, and Stephen Sondheim, as well as treasures by Michael Legrand from her upcoming recording “Legrand Affair” (produced by Phil Ramone, release date: October 18, 2011 on Ghostlight Records). Other songs will recall her starring roles in such Broadway musicals as Les Miserables and My Fair Lady.

Errico’s additional Broadway credits include Anna Karenina, High Society, and Michel Legrand's Amour and Dracula. In the 2009-2010 New York theater season, Errico made a triumphant return to Broadway (since having three daughters, all now under age five) and starred in the Rosemary Clooney role in White Christmas followed by an acclaimed performance in the title role in George Bernard Shaw's Candida, in which she was called "gorgeous...a delight to behold" (New York Times). The role earned her a fifth Drama Desk nomination and was filmed for Lincoln Center. She went on to star in the film Patrimony opposite Robert Vaughn, which premiered at the Boston Film Festival in March 2011. She played Fiona in Brigadoon for one night on Broadway in June 2010, in an allstar benefit concert the New York Times called "exquisite" and "beautifully sung."