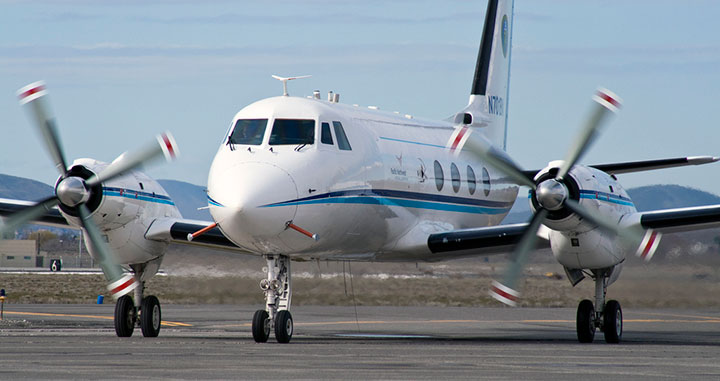 The Biomass Burning Observation Project (BBOP) will conduct observations from this Gulfstream-1 aircraft to study the near-field evolution of changes in chemical, optical, and microphysical properties of aerosols generated in biomass burning events.

UPTON, N.Y. — Scientists from the U.S. Department of Energy's (DOE) Brookhaven National Laboratory (BNL), working with colleagues from Pacific Northwest National Laboratory (PNNL), will conduct a field campaign this summer and fall in the skies over the Pacific Northwest and Tennessee to measure the evolution of aerosols in wildfires and prescribed agriculture burns, respectively.

Sponsored by the DOE's Atmospheric Radiation Measurement (ARM) Climate Research Facility, the Biomass Burning Observation Project (BBOP) will conduct aircraft observations to study the near-field evolution of changes in chemical, optical, and microphysical properties of aerosols generated in biomass burning events.  Bio-burning releases soot, organic aerosols and heat-trapping gases that are recognized to perturb the Earth's climate both directly, through scattering and absorption of incoming shortwave radiation, and indirectly, by influencing cloud formation and precipitation.

The researchers will use the DOE Gulfstream-1 (G-1) aircraft for the campaign and plan to log 120 hours of flight time, focusing on wildfires in the vicinity of Pasco, Washington, and agricultural fires near Memphis, Tennessee. They will use several new instruments and instrument combinations not previously used in aircraft research. The G-1 is operated by the ARM Aerial Facility team at PNNL. 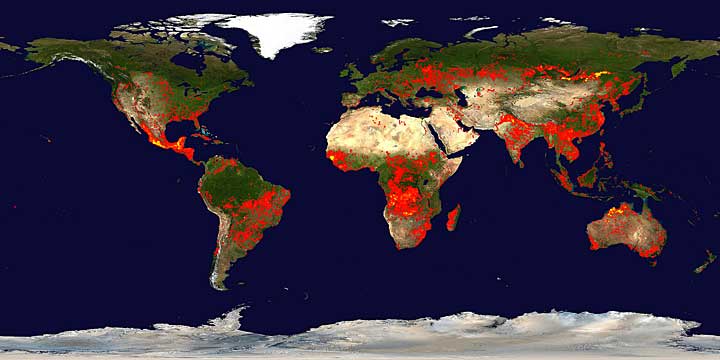 "Biomass burns are important because they contribute large fractions of organic aerosols, generate a very rich suite of chemicals, and produce soot and tarballs," Sedlacek said. "We want to understand how these burning events impact aerosol emissions and how these emissions impact climate."

Kleinman added that the project also has several secondary objectives:

While many field campaigns have studied biomass burning, the vast majority have focused on tropical regions. Fewer and smaller scale aircraft-based field campaigns focused on fire emissions have been carried out in the United States. In large sections of the U.S., aerosols from fires contribute a major fraction of aerosol mass, and their year-to-year variability dominates the overall variability of aerosol loading and radiative forcing.

The researchers will conduct measurements near active fires, where limited observations indicate rapid changes in aerosol properties, and in biomass burning plumes more than five hours old. Aerosol properties and their evolution will be determined as a function of fire type, defined according to fuel and the mix of flaming and smoldering combustion at the source.

Wildfires produce approximately 40 percent of all soot, which has been shown to contribute to global warming, and different stages of burns emit different types of aerosols. In addition, aerosols released from natural fires are different from manmade ones.

"Soot from an engine has little to no coating and is typically hydrophobic, meaning it rejects water," Sedlacek said. "In contrast, soot generated in a smoldering fire will be coated with organic materials also released in the fire that will make the soot hydrophilic or water-absorbing. Hydrophobic soot exerts a very different impact on clouds than hydrophilic soot."

Scientists believe that aerosol effects on clouds may change the regional and global circulation systems that constitute the Earth's climate. The BBOP researchers hope that their field study will contribute to a better understanding of how aerosols emitted by different types of fires may contribute to climate change.

Outreach plans include a media day to take place during the study; details will be announced as they become available. More information about the project is available on the BBOP blog.

ARM is funded by the DOE Office of Science.

DOE's Office of Science is the single largest supporter of basic research in the physical sciences in the United States, and is working to address some of the most pressing challenges of our time. For more information, please visit http://science.energy.gov