No more than one half of one percent of the American Physical Society's entire membership in a given year can be elected Fellows.

Three scientists at the U.S. Department of Energy's Brookhaven National Laboratory—David Jaffe, Qiang Li, and David Morrison—have been named Fellows of the American Physical Society, the world's second largest organization of physicists. Election to APS Fellowship is limited to no more than one half of one percent of its membership in a given year, and election for this honor indicates recognition by scientific peers for exceptional contributions to physics. The contributions of each new Fellow are featured below. 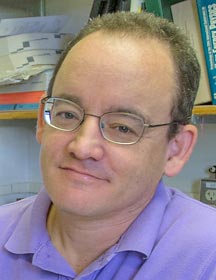 David Jaffe of Riverhead was honored for his significant contributions to experiments looking for new physics beyond the Standard Model, the theory that identifies all known subatomic particles and explains how they interact.

"For significant contributions to elucidating the flavor structure of the Standard Model through measurements on Kaons, B-mesons and neutrinos, including observation of K+→π+νν in the low pion momentum region and observation of θ13 through reactor electron antineutrino disappearance."

The Standard Model of particle physics is the theory that identifies all known subatomic particles—including quarks, electrons, and neutrinos—and explains how they interact. The theory, however, does not explain some experimental results, and some of its theoretical predictions have not yet been observed.

Jaffe has made significant contributions to experiments looking for new physics beyond the Standard Model. As subatomic particles called kaons decayed during Experiment 949 at Brookhaven Lab's Alternating Gradient Synchrotron, Jaffe helped identify an extremely rare decay that occurs only 70 times in every trillion events—an important observation for investigating the Standard Model. At the Daya Bay Neutrino Experiment in China, Jaffe was instrumental in measuring θ13 (theta one-three), which quantifies the probability of tiny particles called neutrinos changing among three different "flavors" with different masses. The results of this experiment are guiding decisions as preparations continue for the proposed Long-Baseline Neutrino Experiment that will also explore physics beyond the Standard Model.

Jaffe, a resident of Riverhead, earned a Ph.D. in physics from Stony Brook University in 1987. He held postdoctoral research appointments at the University of Illinois-Chicago, Florida State University, LAL Orsay in France, and the University of California, San Diego, before joining Brookhaven Lab in 2000 and receiving tenure in 2010. 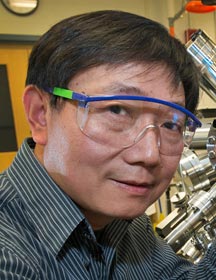 Qiang Li of Setauket was honored for his research aimed at improving the performance of superconductors—materials that allow electricity to flow without any resistance or energy loss.

"For his contributions to both basic and applied aspects of high-temperature superconductivity."

Superconducting materials allow electricity to flow without any resistance or energy loss when cooled below a specific, transition temperature—often near a frigid absolute zero, -459 degrees Fahrenheit. Some superconductors have higher transition temperatures, but still require significant cooling, which hampers use in many large-scale practical applications.

At Brookhaven Lab, Li "tunes" chemical structures and defects in superconductors to understand how the materials' properties change. By advancing understanding of the relationships between superconductors' nanostructures and macroscopic properties, he develops superconductors with higher transition temperatures that can handle increasing amounts of electrical currents. Li is also facilitating the transfer of scientific discoveries to advanced applications as he leads efforts to develop superconductors for energy storage and superconducting wires for high-powered windmills.

Li, who lives in Setauket, joined Brookhaven Lab in 1991 after earning a Ph.D. in physics at Iowa State University. Also an adjunct professor at Stony Brook University, Li has been group leader for Brookhaven's Advanced Energy Materials Group since 2009 and received tenure at the Lab in 2011. 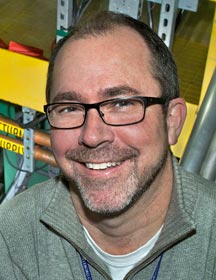 David Morrison of Wading River was honored for his research, which included helping devise techniques to determine the geometry of nuclear collisions at the Relativistic Heavy Ion Collider (RHIC), where scientists smash together billions of ions in the hunt for clues about the origins of matter and mass in the universe.

"For his scientific and technical contributions to Relativistic Heavy Ion Physics, determination of collision geometry and its effect on Quark Gluon Plasma observables, and his leadership on the PHENIX experiment at RHIC."

Scientists at the Relativistic Heavy Ion Collider (RHIC) at Brookhaven Lab smash together billions of ions in the hunt for clues about the origins of matter and mass in the universe. With the massive PHENIX and STAR detectors, scientists collect enormous quantities of data from the particle collisions at RHIC to study quark-gluon plasma—an ultra-hot, "perfect" liquid of quarks and gluons that existed more than 13 billion years ago, before the first protons and neutrons formed.

As a member of the PHENIX collaboration, Morrison helped devise techniques to determine the geometry of nuclear collisions at RHIC, distinguishing whether any given collision was head-on or merely a grazing blow. Identifying the geometry of each collision and correlating this with other measurements from the PHENIX detector is essential for interpreting data to understand more about quark-gluon plasma, its extremely low viscosity, and other unusual properties. Morrison is also collaborating on major new developments for the PHENIX detector in preparation for the proposed eRHIC, an electron-ion collider upgrade that would provide deeper insight into the substructure of the nucleus, its constituents—particularly quarks and gluons—and how they interact.

Morrison, a resident of Wading River, earned a Ph.D. in physics from Massachusetts Institute of Technology in 1994. He joined the PHENIX collaboration as a postdoctoral researcher at the University of Tennessee, Knoxville in 1994, before arriving at Brookhaven Lab in 1997. He received tenure at Brookhaven in 2004. Morrison was elected co-spokesperson for the PHENIX collaboration with Jamie Nagle of the University of Colorado in 2012.

This research is funded primarily by the DOE Office of Science.