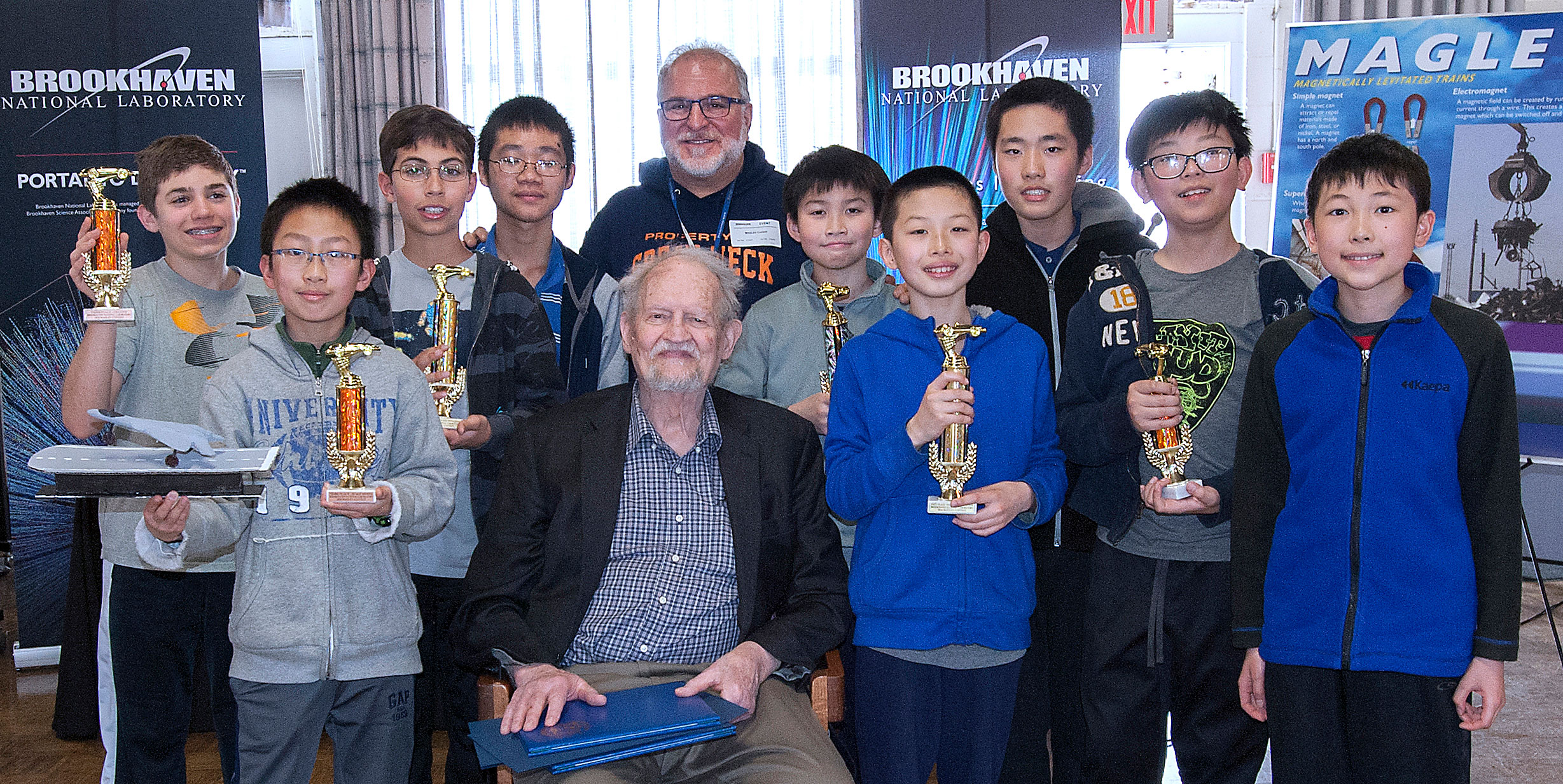 This year marks the 50th anniversary of the first published paper on Maglev by two Brookhaven Lab retirees, scientist Gordon Danby and engineer James Powell. The two researchers invented and patented maglev technology — the suspension, guidance, and propulsion of vehicles by magnetic forces. Powell was an honored guest at the contest and gave a brief talk encouraging students to pursue a career in science or engineering. Powell predicted that within the next 20 years, a maglev network will be in place in the U.S. that would allow passengers to travel anywhere in the nation at a speed of 300 miles per hour. Powell also predicted that one day maglev might be used to launch rockets into space.

"I encourage these young students to work hard, stay curious, and find a passion for science, but I remind them of the humanities as well," he said.  "When I needed a break from my research I found that reading poetry or listening to classical music would inspire me."

Randy Lane, technology teacher and coach for Great Neck South's Maglev team, said his team of nine students has been working every day after school since October. "The second the last bell rings, the kids are pounding at the door," he said. "They can't wait to get to work, and it shows."

Colin Li, a sixth grader at Great Neck South and third place winner in the scale model design category, said he would like to be a scientist one day and is very interested in technology. "I've learned that as long as I don't give up, I can do it," he said.

More than 140 students from nine Long Island middle schools entered the contest, in which they were required to design and construct model Maglev vehicles according to engineering specifications in a choice of seven categories: electrified track, futuristic, wind power, gravity, self-propelled balloon, self-propelled other, and scale-model design. Judging was based on speed, efficiency, appearance, and the students' written design process. More than 114 additional students from five Long Island middle schools participated in the Maglev Contest held at the Cradle of Aviation at the same time as Brookhaven Lab's contest. The two institutions shared a web link during the contest so students at both locations could share in the excitement.