Brookhaven's John Shanklin Named a Battelle 'Inventor of the Year'

Recognized for contributions to understanding of carbon capture, conversion and storage in plants 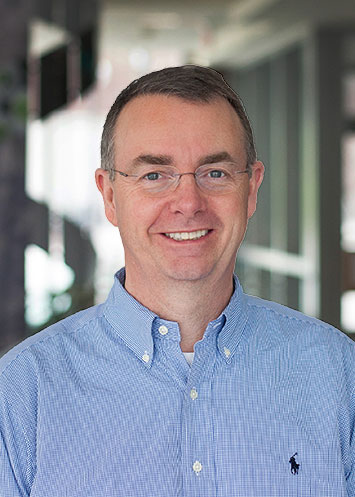 John Shanklin, a biochemist investigating the fundamental processes that underlie the production of plant oils at the U.S. Department of Energy's (DOE) Brookhaven National Laboratory, is being honored as an "Inventor of the Year" by Battelle—the global science and technology organization that, together with Stony Brook University, manages Brookhaven Lab through the company Brookhaven Science Associates. The annual awards recognize individuals who have made significant scientific or engineering contributions with important societal or financial impacts. Shanklin, whose research aims to engineer plants to increase oil accumulation and create specialty feedstocks that could replace petrochemicals, will be honored at a celebration at Battelle's headquarters in Columbus, Ohio, on April 28.

Shanklin, a senior biochemist and chair of the Lab’s Biology Department, performs research on the ways plants synthesize, modify, and accumulate lipids. Lipids are a broad class of molecules that include fats and oils found in plants and animals. Plant lipids play numerous roles such as forming cell membranes and storing energy. Shanklin studies the enzymes that modify plant lipids with the goal of designing new enzymes to produce sustainable biofuels or precursors to other useful chemical products.

“I am honored to receive this recognition for the work performed in my laboratory,” said Shanklin. “I am grateful for the opportunity to lead a dedicated, talented and creative group of scientists as we seek to understand the principles of plant biochemistry and apply them to real-world problems.”

Shanklin’s work integrates physical biosciences and biochemical genetics, to unravel functions in the network of enzymes involved in plant oil production. For instance, he recently led a project that identified a link between oil production and sugar signaling that may point to ways to increase plant-oil production. In previous work, he explored how plants might be engineered to produce raw materials for making plastics and other industrial chemicals—a sustainable strategy for reducing the use of petrochemicals for these applications.

“Discovering basic biological principles and biochemical mechanisms is my passion,” Shanklin said. “It is heartening that the most basic of discoveries repeatedly form the basis for the development of new and useful applications.”

“John Shanklin is a world-leading biochemist and a great colleague,” said Martin Schoonen, head of Brookhaven’s Environment, Biology, Nuclear Science, and Nonproliferation directorate. “His fundamental research on oil formation in plants guides the way toward sustainable development of biofuels and feedstock chemicals. While this award recognizes his success as a researcher, he has also made outstanding contributions through his leadership of the Biology Department.”

Shanklin earned a Ph.D. in horticulture at the University of Wisconsin Madison in 1988. His fascination with plant lipid biochemistry began while completing postdoctoral work at Michigan State University’s DOE Plant Research Laboratory. In 1992 Shanklin came to Brookhaven Lab as an Assistant Biochemist and has since risen to the position of senior biochemist and Chair of the Biology Department. He has been awarded five patents and has nine more pending. He has won numerous awards such as a Presidential Early Career Award for Scientists and Engineers (1997), a DOE Office of Science Pollution Prevention Award (2004), and a Brookhaven Science and Technology Award (2013). In his time outside the lab, he enjoys sailing and mountain biking.

Shanklin’s work is supported by the DOE Office of Science (BES).