The following news release was issued by CERN, the European Organization for Nuclear Research, home to the Large Hadron Collider (LHC). Scientists from the U.S. Department of Energy's Brookhaven National Laboratory play multiple roles in the research at the LHC and are making major contributions to the high-luminosity upgrade described in this news release, including the development of new niobium tin superconducting magnets that will enable significantly higher collision rates; new particle tracking and signal readout systems for the ATLAS experiment that will allow scientists to capture and analyze the most significant details from vastly larger data sets; and increases in computing capacity devoted to analyzing and sharing that data with scientists around the world. Brookhaven Lab also hosts the Project Office for the U.S. contribution to the HL-LHC detector upgrades of the ATLAS experiment. For more information about Brookhaven's roles in the high-luminosity upgrade or to speak with a Brookhaven/LHC scientist, contact Karen McNulty Walsh, (631) 344-8350, kmcnulty@bnl.gov.

Major Work Starts to Boost the Luminosity of the LHC 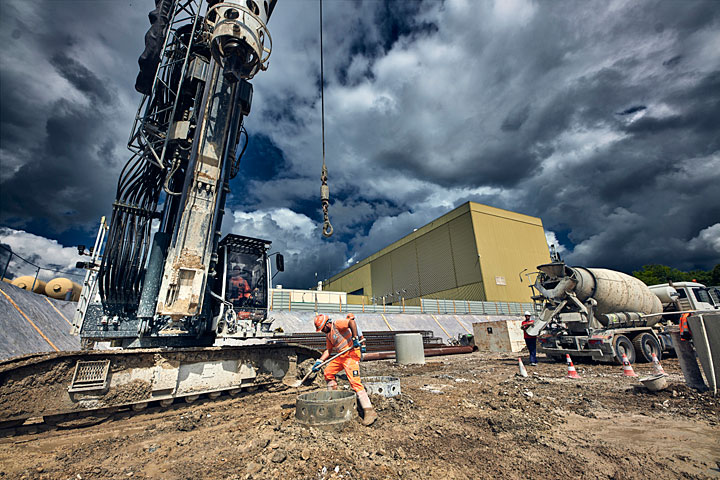 Geneva—The Large Hadron Collider (LHC) is officially entering a new stage. Today, a ground-breaking ceremony at CERN celebrates the start of the civil-engineering work for the High-Luminosity LHC (HL-LHC): a new milestone in CERN’s history. By 2026 this major upgrade will have considerably improved the performance of the LHC, by increasing the number of collisions in the large experiments and thus boosting the probability of the discovery of new physics phenomena.

The LHC started colliding particles in 2010. Inside the 27-km LHC ring, bunches of protons travel at almost the speed of light and collide at four interaction points. These collisions generate new particles, which are measured by detectors surrounding the interaction points. By analysing these collisions, physicists from all over the world are deepening our understanding of the laws of nature.

While the LHC is able to produce up to 1 billion proton-proton collisions per second, the HL-LHC will increase this number, referred to by physicists as “luminosity”, by a factor of between five and seven, allowing about 10 times more data to be accumulated between 2026 and 2036. This means that physicists will be able to investigate rare phenomena and make more accurate measurements. For example, the LHC allowed physicists to unearth the Higgs boson in 2012, thereby making great progress in understanding how particles acquire their mass. The HL-LHC upgrade will allow the Higgs boson’s properties to be defined more accurately, and to measure with increased precision how it is produced, how it decays and how it interacts with other particles. In addition, scenarios beyond the Standard Model will be investigated, including supersymmetry (SUSY), theories about extra dimensions and quark substructure (compositeness).

“The High-Luminosity LHC will extend the LHC’s reach beyond its initial mission, bringing new opportunities for discovery, measuring the properties of particles such as the Higgs boson with greater precision, and exploring the fundamental constituents of the universe ever more profoundly,” said CERN Director-General Fabiola Gianotti.

The HL-LHC project started as an international endeavour involving 29 institutes from 13 countries. It began in November 2011 and two years later was identified as one of the main priorities of the European Strategy for Particle Physics, before the project was formally approved by the CERN Council in June 2016. After successful prototyping, many new hardware elements will be constructed and installed in the years to come. Overall, more than 1.2 km of the current machine will need to be replaced with many new high-technology components such as magnets, collimators and radiofrequency cavities.

The secret to increasing the collision rate is to squeeze the particle beam at the interaction points so that the probability of proton-proton collisions increases. To achieve this, the HL-LHC requires about 130 new magnets, in particular 24 new superconducting focusing quadrupoles to focus the beam and four superconducting dipoles. Both the quadrupoles and dipoles reach a field of about 11.5 tesla, as compared to the 8.3 tesla dipoles currently in use in the LHC. Sixteen brand-new “crab cavities” will also be installed to maximise the overlap of the proton bunches at the collision points. Their function is to tilt the bunches so that they appear to move sideways – just like a crab.

Another key ingredient in increasing the overall luminosity in the LHC is to enhance the machine’s availability and efficiency. For this, the HL-LHC project includes the relocation of some equipment to make it more accessible for maintenance. The power converters of the magnets will thus be moved into separate galleries, connected by new innovative superconducting cables capable of carrying up to 100 kA with almost zero energy dissipation.

“Audacity underpins the history of CERN and the High-Luminosity LHC writes a new chapter, building a bridge to the future,” said CERN’s Director for Accelerators and Technology, Frédérick Bordry. “It will allow new research and with its new innovative technologies, it is also a window to the accelerators of the future and to new applications for society.”

To allow all these improvements to be carried out, major civil-engineering work at two main sites is needed, in Switzerland and in France. This includes the construction of new buildings, shafts, caverns and underground galleries. Tunnels and underground halls will house new cryogenic equipment, the electrical power supply systems and various plants for electricity, cooling and ventilation.

During the civil engineering work, the LHC will continue to operate, with two long technical stop periods that will allow preparations and installations to be made for high luminosity alongside yearly regular maintenance activities. After completion of this major upgrade, the LHC is expected to produce data in high-luminosity mode from 2026 onwards. By pushing the frontiers of accelerator and detector technology, it will also pave the way for future higher-energy accelerators.

Brookhaven Lab’s work on the LHC is funded by the U.S. Department of Energy’s Office of Science.