The seven students to receive top honors—as well as medals and ribbons—are:

The 15 students who received honorable mention are named below. All students will be given an electronic certificate for participating.

"Suffolk County, New York State, the country, and the world need scientists and engineers now and in the future. The students in this science fair are young, but they aren't too young to have fun with investigative science and engineering processes," said Scott Bronson, Brookhaven Lab's manager for K–12 programs. "Once again, the students who participated were exceptional. Their projects showed it. Congratulations to each of them. And, 'Thank you,' to every parent, teacher, mentor, and volunteer who helped them—and will continue to help them along the way."

Brian Nava's son, Fin, was among the students in the Lab's science fair this year. For his project, the third grader at Babylon Memorial Grade School analyzed water from different sources in Babylon, testing for nitrates, pH, hardness, and clarity.

"My son was incredibly excited when he won his school's science fair. He came home, shouting about going on to Brookhaven's science fair, as if he just won American Idol," the elder Nava said.

An In-person Tradition Done Virtually in 2020

"Thinking like scientists and engineers is so important for students—asking questions, testing assumptions, drawing conclusions, and thinking about future research," said Amanda Horn, a Brookhaven Lab educator who coordinated both the virtual science fair and a new Science Share program. "The Lab has hosted science fairs for years to encourage students and we didn't want COVID-19 to stop us in 2020."

My son was incredibly excited when he won his school's science fair. He came home, shouting about going on to Brookhaven's science fair, as if he just won American Idol.

Science fairs at Brookhaven Lab were typically held in person at the Lab site and students, their families, teachers, and school administrators were invited to attend. With schools closed and Brookhaven Lab's site mostly inaccessible to limit the spread of COVID-19, Bronson, Horn, and their colleagues in Brookhaven's Office of Educational Programs (OEP) quickly adjusted plans to hold the 2020 science competition virtually.

As in years past, students first qualified for the Lab's fair by winning their schools' "local" science fairs, some of which were also held virtually. Projects completed by individual students and groups were accepted—one project per grade per school.

Instead of bringing projects to Brookhaven Lab for an all-day on-site event, parents and teachers submitted photos of students' projects. OEP staff then distributed the photographs and a rubric among 23 judges, comprising Brookhaven Lab scientists, engineers, and technical staff as well as teachers from local elementary schools. To maintain objectivity and limit potential biases, information such as students' names, schools, and districts was not shared.

All the projects submitted for this year's fair are available below. 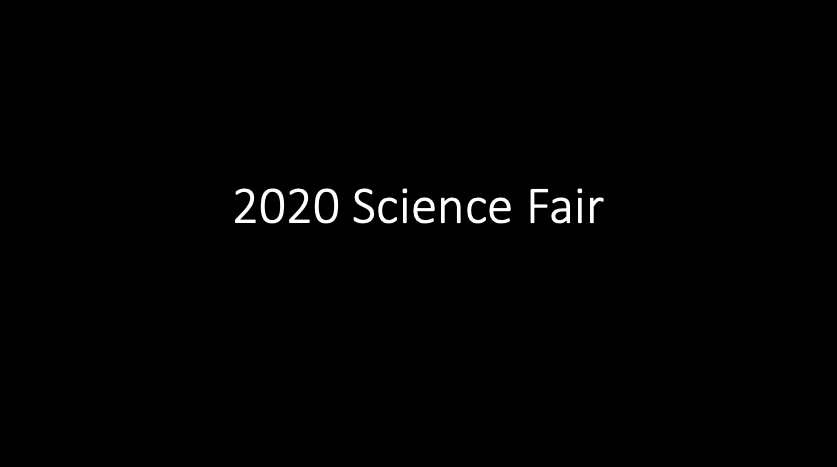 This year, OEP staff also created the new “Science Share” program for students who couldn't advance to the Lab's science fair, because their schools could not host local science competitions while closed for the pandemic. Science Share provided those students the ability to show off their projects and problem-solving skills online. More than 45 student projects were submitted for Science Share. See them here.

Continuing to Connect Students with Science During a Pandemic

They launched the "Science at Home" website with STEM challenges, lessons, and videos. They worked closely with DOE leadership and Brookhaven's network of mentors to find ways for interns to participate in summer projects remotely. They also hosted the annual bridge-building contest virtually as well.

The 15 Students Who Received Honorable Mentions