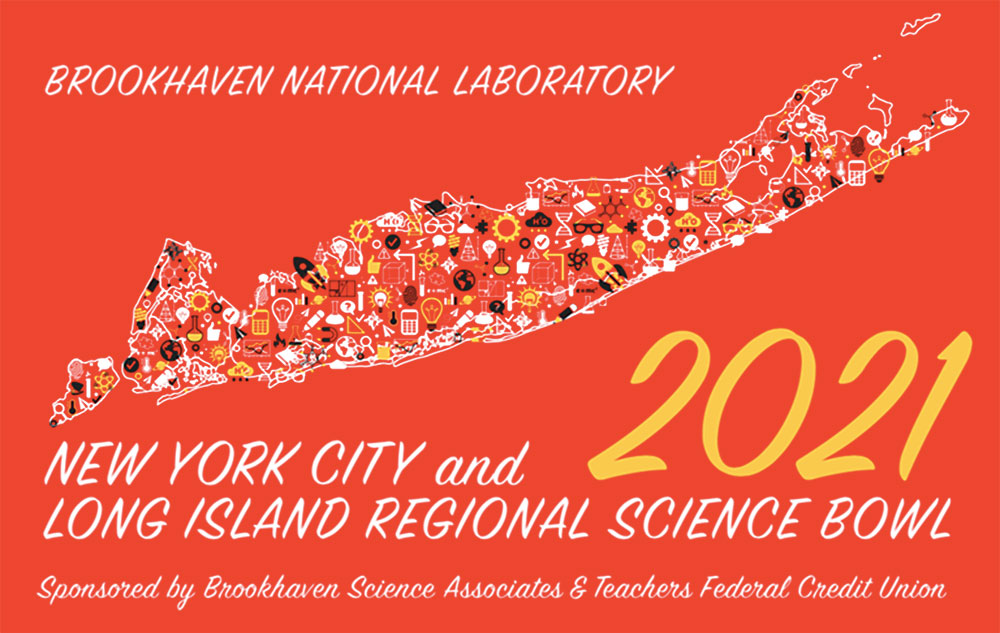 A total of 20 teams from 11 schools across Long Island and New York City competed in the virtual academic tournament. Great Neck South Team 2 earned a spot alongside national finalists from regional competitions in the NSB preliminary rounds in April. The top 32 finalists will move on to compete virtually for the national title in May.

“We had a big morale boost after getting two life science questions correct in a row in an elimination round,” Qiao said.

Hatten credited fellow coach Caplain for her dedication to preparing their school’s teams, which have won first place for four consecutive years.

“As soon as the competition’s over here at regionals she starts planning out the next teams,” Hatten said. “She’s so passionate, so dedicated.” 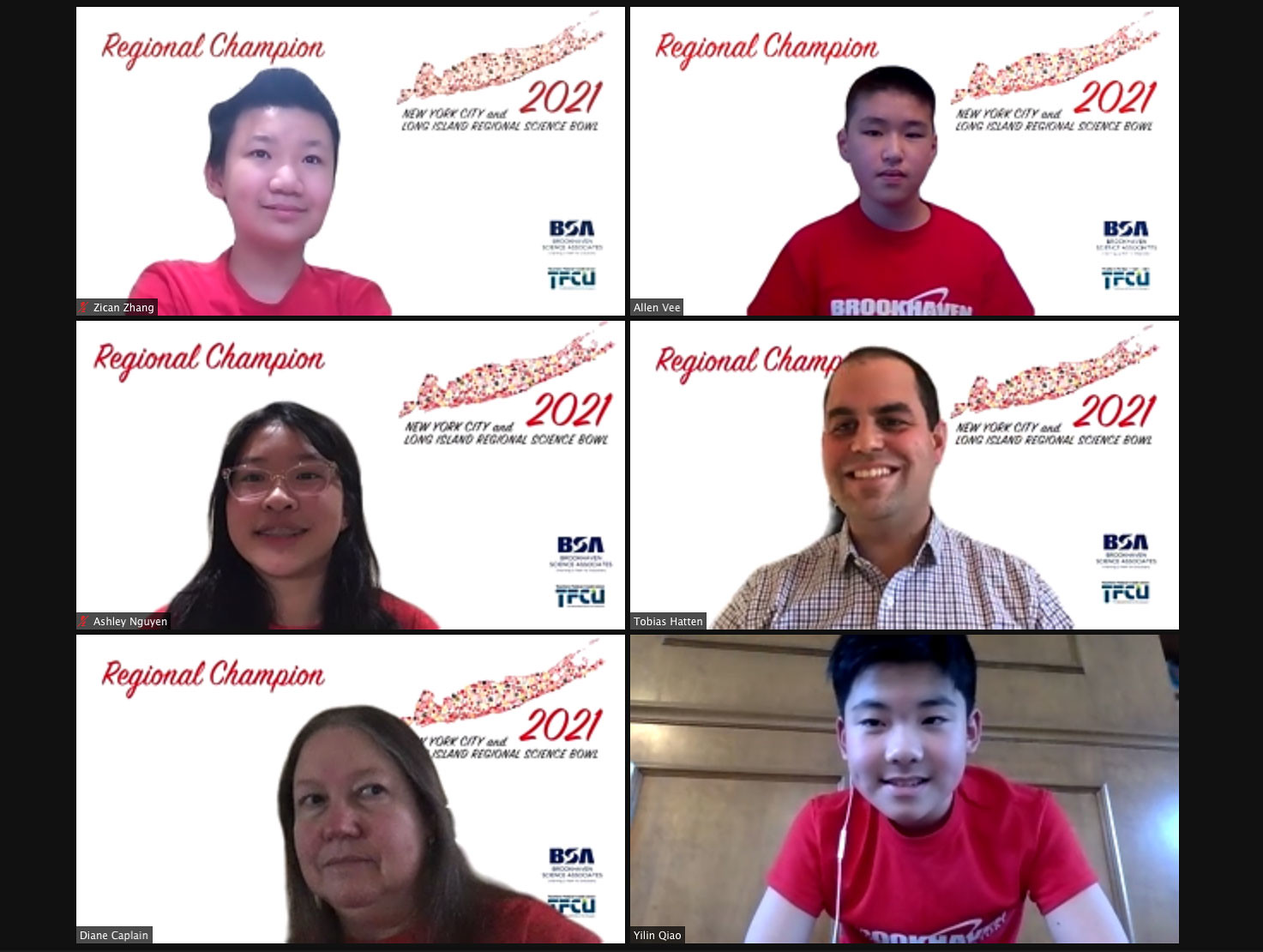 The Long Island Regional Science Bowl is one of many educational opportunities organized by Brookhaven’s OEP. Every year, OEP holds science workshops, contests, internships, field trips, and more for students in first grade through graduate school. For more information on ways to participate in science education programs at Brookhaven Lab, visit the OEP website.

More than 315,000 students have participated in NSB since it was established in 1991, and it is one of the nation’s largest science competitions. The U.S. Department of Energy’s Office of Science manages the NSB Finals competition. More information is available on the NSB website.