Haiyan Gao, a nuclear physicist and professor, will join the Lab as Associate Laboratory Director for Nuclear and Particle Physics 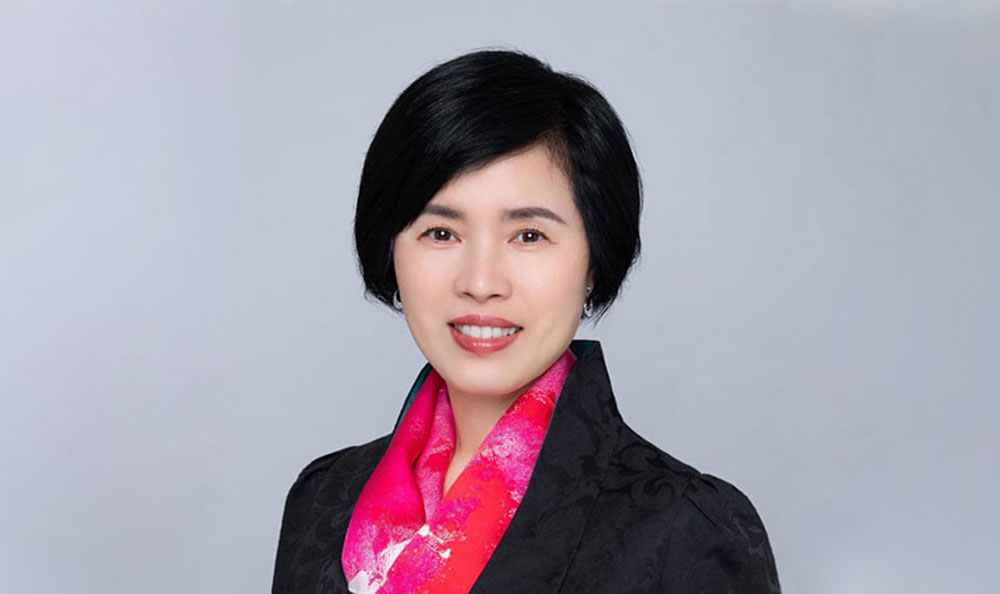 “The Nuclear & Particle Physics Directorate is well-known internationally in accelerator science, high-energy physics, and nuclear physics,” Gao said. “I am very excited by the opportunity and the impact I will be able to make in collaboration with many people at the Lab.”

Gao will replace Deputy ALD for High Energy Physics Dmitri Denisov, who became Interim NPP ALD after Berndt Mueller stepped down from the role last year to return to teaching and full-time research at Duke.

“We are delighted to welcome Haiyan to Brookhaven during such an exciting time for nuclear and particle physics,” said Brookhaven Lab Director Doon Gibbs. “Her perspective and experience will be instrumental in advancing science here at the Lab and beyond.”

Gao joins Brookhaven Lab as it develops the EIC in collaboration with scientists from DOE’s Thomas Jefferson National Accelerator Facility. The EIC will offer scientists a deeper look at the building blocks of visible matter and the strongest force in nature.

“What is important at the end is that we truly deliver the science,” she said.

The facility is one that the nuclear physics community has campaigned for many years, to work toward a more complete understanding of nucleons and atomic nuclei in quantum chromodynamics, the physics theory that describes strong interactions, Gao noted. It will also allow scientists opportunities to discover new physics beyond the Standard Model of particle physics, Gao said.

“This facility also gives us a wonderful opportunity to educate a highly motivated scientific and technical workforce in this country,” she added.

In addition to her nuclear physics expertise, Gao brings a keen interest in promoting diversity, equity, and inclusion in the sciences.

During her time at Duke, Gao also served as the chair of physics and as the founding vice chancellor for academic affairs at the Duke Kunshan University in Kunshan, China, where she spent a few years of her childhood.

Gao’s research interests at Duke have included the structure of the nucleon, search for quantum chromodynamics exotic states, fundamental symmetry studies at low energy to search for new physics beyond the Standard Model of electroweak interactions, and the development of polarized targets.

She was elected an American Physical Society fellow in 2007 and won the U.S. Department of Energy’s Outstanding Junior Investigator Award in 2000.