Esther Takeuchi Elected to American Academy of Arts and Sciences 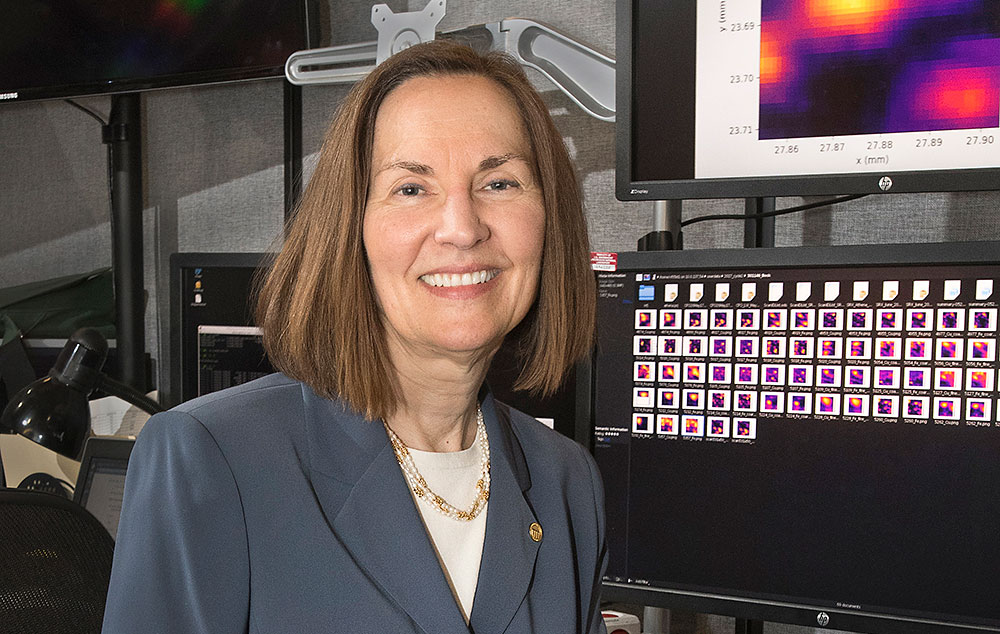 UPTON, NY–Esther S. Takeuchi, a celebrated materials scientist and chemical engineer at the U.S. Department of Energy’s Brookhaven National Laboratory, has been elected a member of the American Academy of Arts and Sciences.

In a tradition that dates back to 1780, the American Academy of Arts and Sciences honors scientists, artists, scholars, and leaders in the public, non-private, and private sectors who rise to the world’s challenges.

Takeuchi, who is the chair of the Interdisciplinary Science Department at Brookhaven and a Distinguished Professor of Chemistry in the College of Arts & Sciences and in Materials Science and Chemical Engineering in the College of Engineering and Applied Sciences at Stony Brook University, is a leader in the multidisciplinary field of energy storage technology. She holds more than 150 U.S. patents and 39 European patents.

“I am pleased and honored to be elected a member of the American Academy of Arts and Sciences,” Takeuchi said. “It is a great privilege to be considered among this remarkable group. While I was elected to the Academy, I accept membership on behalf of the many remarkable people who have been an integral part of my journey and made the accomplishments possible.”

A notable challenge Takeuchi took on was developing a compact battery that increases the lifespan of implantable defibrillators fivefold–a solution that reduced the number of surgeries patients needed to undergo to replace the devices that detect and correct irregular, potentially fatal, heart rhythms. She received the 2018 European Inventor Award, Europe’s most prestigious prize of innovation, for this invention.

“Esther’s innovations in battery research have had a measurable and lasting impact, and she continues to lead advances in energy storage technology here at Brookhaven Lab,” said James Misewich, Brookhaven Lab’s Associate Laboratory Director for Energy Sciences.” The Academy’s recognition of her work is extremely well-deserved.”

In 2009, President Obama presented Takeuchi with the National Medal of Technology and Innovation, the highest honor possible for technological achievement in the United States.

Takeuchi received her B.A. in chemistry and history from the University of Pennsylvania and her PhD in organic chemistry from Ohio State University. She completed her postdoctoral work at the University of North Carolina, Chapel Hill, and the University at Buffalo, where she also taught before joining Stony Brook University and Brookhaven Lab. Before teaching, Takeuchi spent more than 20 years at Greatbatch, Inc., a company founded in 1970 by the co-inventor of the first implanted pacemaker.