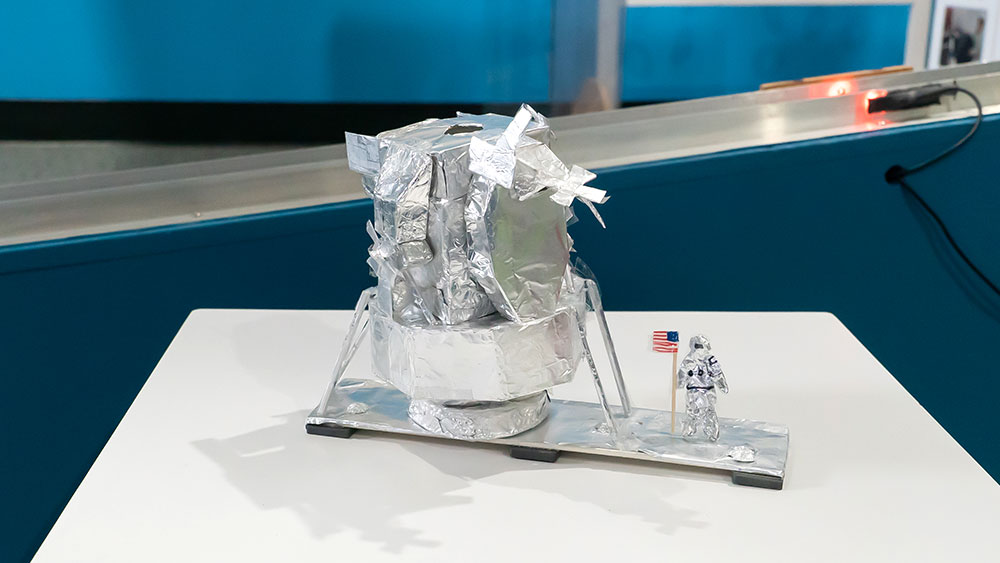 In this competition organized by Brookhaven’s Office of Educational Programs, 6th, 7th and 8th grade students learn about maglev technology and use math, science, and technology principles to optimize the design of a maglev vehicle. Maglev vehicles that float over a fixed track, supported and driven by magnetic fields — like flying with lift provided by magnets instead of wings.

The contest is based on research pioneered by two Brookhaven engineers, the late Gordon Danby and James Powell, who invented and patented superconducting maglev technology—the suspension, guidance, and propulsion of vehicles by magnetic forces.

Students who tried to build the fastest maglev vehicle used different energy sources to send their constructions down the track, including ones that used gravity, balloons, propellers, or electricity.

“It’s such a great opportunity for the students to be able to participate in this,” Mollica said. “It’s a great motivational thing for the students as well. I have competitions in my classes and the winners get to then submit their cars for the competition. It’s allowed students to push themselves and go above and beyond to make that level and it’s a lot of fun.”

Students earned top honors in four categories this year. OEP announced the winners during an online awards ceremony on May 11.

Brookhaven staff and volunteers sent cars full of passengers, represented by pennies, down a 16-foot-long slanted track to see who made the shortest possible time by the force of gravity.

When thinking about designs for his vehicle, second-place winner Jake Zhong found inspiration while looking around his classroom. A soap bar box, he discovered, was just the right size for the test track.

Some students designed vehicles that used an electrified track for power, adding an electrical engineering element to the contest. Students crafted cars that could be pulled down the track that had a positivity polarity.

Other designs equipped cars with a balloon filled with air to give a push down the entire length of the track. One super-fast balloon vehicle was successful.

Students who designed other self-propelled vehicles could use power sources such as rubber bands, motors, or springs, as long as the vehicle used no external energy source.

“My favorite part about making the car was testing it over and over until it worked,” Stolove said.

From cars with bright colors to flower designs, contest judges also considered vehicles with the most aesthetically pleasing looks. The first-place duo built an impressive scale model of the Apollo 11 lunar module that successfully levitated down the sloped track.

Take a closer look at all the vehicles entered in this year’s competition. 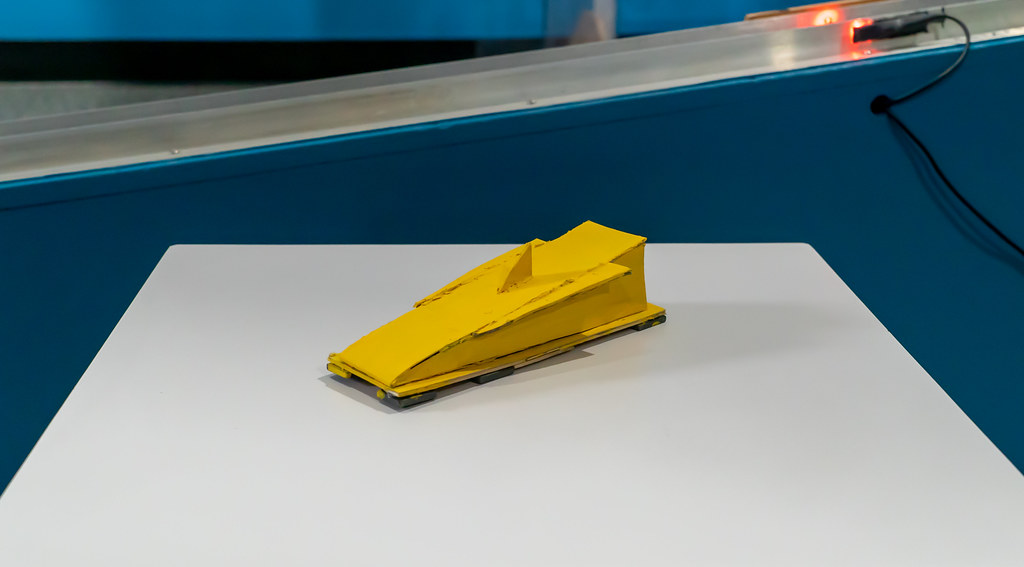