The following news release was issued by the Society of Nuclear Medicine and Molecular Imaging (SNMMI). Cathy Sue Cutler—who will serve two years as vice president of SNMMI and two years as president—is director of the Medical Isotope Research and Production program at the U.S. Department of Energy's Brookhaven National Laboratory. She oversees the preparation of radioisotopes that are commercially unavailable and used for medical and industrial purposes. She also manages research and development for new radioisotopes to diagnose and treat diseases.

For more information about Cutler's role at Brookhaven and the program she oversees, contact Joe Gettler, (631) 344-3584, jgettler@bnl.gov. 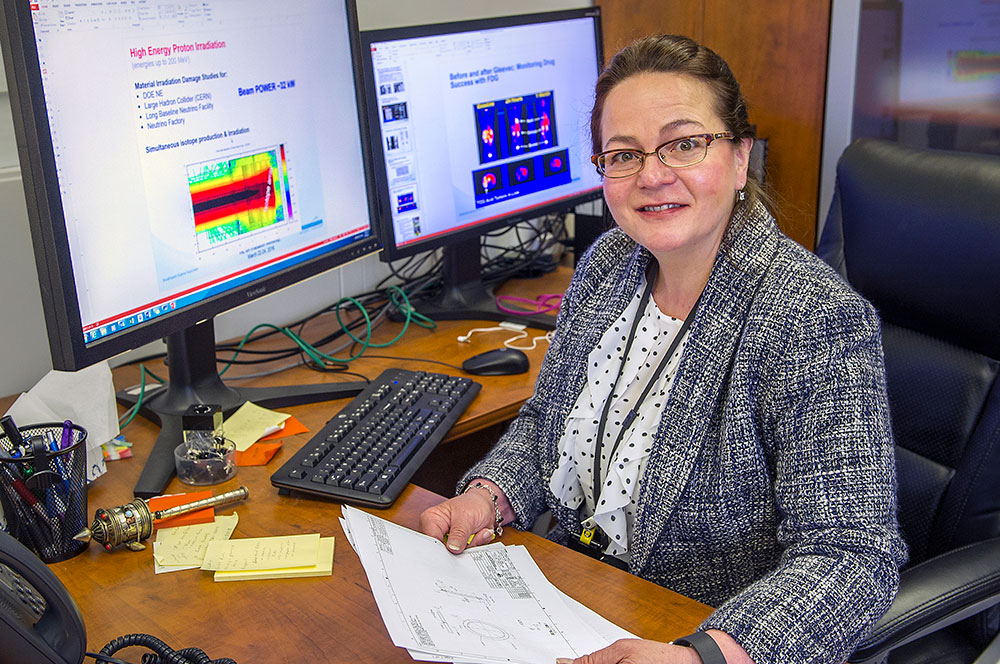 Reston, VA — Cathy Sue Cutler, PhD, FSNMMI, director of the Medical Isotope Research and Production program at Brookhaven National Laboratory in Upton, New York, has been named as vice president-elect for the Society of Nuclear Medicine and Molecular Imaging (SNMMI). SNMMI introduced a new slate of officers during its 2022 Annual Meeting, held June 11–14.

Securing appropriate funding for nuclear medicine services and providers will be a top priority for Cutler during her term. “A major challenge facing our field is the lack of sufficient funding,” she noted. “This has many downstream impacts, including deterring industry investment, lack of access to patients particularly underserved populations, and talent leaving the field for other careers.”

Cutler also plans to generate training and education opportunities for SNMMI members, as well as other medical practitioners, on applications of theranostics for personalized medicine. In addition, she will focus on educating the public on the value nuclear medicine brings to clinical practice.

Cutler holds a Bachelor of Science degree in biochemistry and a doctorate in inorganic chemistry from the University of Cincinnati in Cincinnati, where she also completed a post-doctorate in analytical chemistry. She spent 17 years, first as a research scientist and then as a professor, at the Missouri University Research Reactor center. During this time Cutler also served as a faculty member at the university’s Nuclear Sciences and Engineering Institute.

An active SNMMI member, Cutler has served the society in many capacities. She has held positions as SNMMI secretary/treasurer and as president of the SNMMI Center for Molecular Imaging Innovation and Translation. Cutler has chaired the Advocacy Domain within SNMMI’s Value Initiative, the Committee on Government Relations, and the Committee on Radiopharmaceuticals and has participated in many other committees, such as the Committee on Ethics, the Women in Nuclear Medicine Committee, and the Scientific Program Committee. During her time in Missouri, Cutler was an active participant in the Missouri Valley Chapter of SNMMI.

In 2019, Cutler received the Town of Brookhaven Women’s Recognition Award for Achievements in Science, and in 2014, she received the Mizzou Advantage Entrepreneurial Award. Cutler holds 12 patents and has published 95 peer-reviewed journal articles and eight book chapters. She has given more than 100 invited speaker presentations.

About the Society of Nuclear Medicine and Molecular Imaging

The Society of Nuclear Medicine and Molecular Imaging (SNMMI) is an international scientific and medical organization dedicated to advancing nuclear medicine and molecular imaging, vital elements of precision medicine that allow diagnosis and treatment to be tailored to individual patients in order to achieve the best possible outcomes.