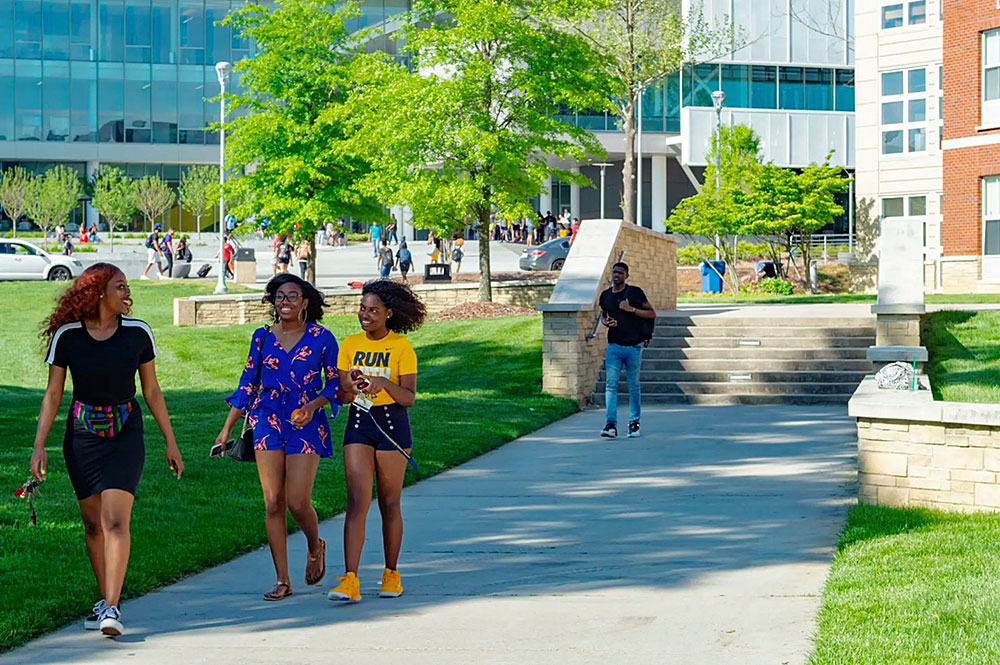 UPTON, NY and GREENSBORO, NC – North Carolina Agricultural and Technical State University (N.C. A&T), the largest historically black university and nationally recognized institution for excellence in science, technology, engineering, and mathematics (STEM) education, has joined the Brookhaven National Laboratory-led Co-design Center for Quantum Advantage (C2QA). N.C. A&T is the second affiliate member to join C2QA and the 25 existing partners in the Center, which was formed in 2020.

“We are looking forward to partnering with NC A&T State and fostering synergies between C2QA's efforts and their expertise in software and materials applied to quantum science and technology,” said Andrew Houck, C2QA director.

C2QA is one of five U.S. Department of Energy (DOE) Office of Science National Quantum Information Science Research Centers (NQISRCs) established in support of the National Quantum Initiative Act, which aims to develop the full potential of quantum-based applications in computing, communication, and sensing to benefit national security, economic competitiveness, and leadership in scientific discovery. C2QA’s primary focus is on building the tools necessary to create scalable, distributed, and fault-tolerant quantum computer systems.

“We are building a long-term, enriching partnership with C2QA and Brookhaven National Laboratory for both our faculty and our students, which is very exciting,” said Raymond Samuel, a Professor in the College of Science and Technology at N.C. A&T. N.C. Samuel is among the A&T faculty from the College of Science and Technology, the College of Engineering, and the Joint School of Nanoscience and Nanoengineering leading the university’s quantum research initiative. “The faculty we have here are incredibly talented, they’re experts in their field and are working at a high level. We want to grow our research capabilities as well as our educational and outreach capabilities, and that was a significant factor in pursuing a partnership with C2QA.”

N.C. A&T is dedicated to both cutting-edge research and preparing the next generation of researchers and professionals in the emerging field of quantum information science (QIS). In 2020, the university was selected to be one of five historically black colleges and universities (HBCUs) leading quantum research in a partnership with IBM as a designated research center. As the premier HBCU in the nation, number two public university for combining research and classroom teaching, and the number one producer of African American graduates in engineering, it is poised to attract fresh talent in this growing field.

“We’re taking concepts in quantum and pushing them further in these courses,” said Anwar, “and they’re not just in traditional STEM fields—, we’re also working in areas like art, business, and communications.”

Shyam Aravamudhan, associate professor of nanoengineering at N.C. A&T’s Joint School for Nanoscience and Nanoengineering (JSNN), is not only researching quantum materials, but he co-directs an NSF funded center called the Southeastern Nanotechnology Infrastructure Corridor (SENIC).“SENIC is a user facility that can be accessed both onsite and remotely and serves a diverse community of researchers and a wide range of industries. We have several core labs and are one of only two HBCUs that has a clean room that can support fabrication for quantum devices and materials.”

N.C. A&T is also the home of the Center of Excellence in Cybersecurity Research, Education, and Outreach (CREO), which was named an IBM Cybersecurity Leadership Center in May of 2022. Hossein Sarrafzadeh, Professor of computer science at N.C. A&T and director of CREO, is looking forward to applying his expertise in the field of cybersecurity to the quantum landscape.

“I believe that quantum computing is transforming cybersecurity,” remarked Sarrafzadeh, “both its contribution to defense, but also the new risks it poses if certain information and technology ends up in the wrong hands. We’ll need to secure quantum facilities. Breaking codes, cryptography, it all correlates with computing power.”

This partnership would not have been possible without Noel Blackburn, Chief Diversity, Equity, and Inclusion Officer at Brookhaven Lab, who fostered the partnership between the center and the team at N.C. A&T in recognition of the instrumental work they have accomplished. The two institutions signed a Memorandum of Understanding (MoU) in 2021 focused on expanding research capacity through collaborative efforts.

“The MoU focuses on our new research initiatives through collaborative efforts, not only in terms of projects and facilities but also how we will engage the next generation of researchers and leaders,” explained Brookhaven Laboratory’s Steve Coleman, Associate Lab Director Environment Safety & Health and N.C. A&T’s Champion at Brookhaven Lab. “In our discussions leading to the signing of the MoU, we strategized on how this partnership will support students through internships and finding future employment within our facilities at Brookhaven Lab. We also look forward to strengthening connections between Brookhaven Lab scientists and faculty at N.C. A&T.”

“The N.C. A&T-Brookhaven Lab MoU creates mutual benefits for our organizations” said Sherine Obare, Dean and Professor at the Joint School of Nanoscience and Nanoengineering at N.C. A&T, and Brookhaven Lab’s Champion at N.C. A&T. “We have had a number of important initiatives arise and we are proud of the C2QA partnership that will enable us to work together in new ways. The MoU has provided us with a prudent pathway to effectively work together and be thoughtful about our students, what the workforce of the future needs, and how to prepare them for it.”

North Carolina Agricultural and Technical State University is the nation’s largest historically Black university, as well as its top ranked (Money magazine, Best Colleges). It is a land-grant, doctoral university, classified as “high research” by the Carnegie Foundation and a constituent member of the University of North Carolina System. A&T is known for its leadership in producing graduates in engineering, agriculture and other STEM fields. The university was founded in 1891 and is located in Greensboro, North Carolina.