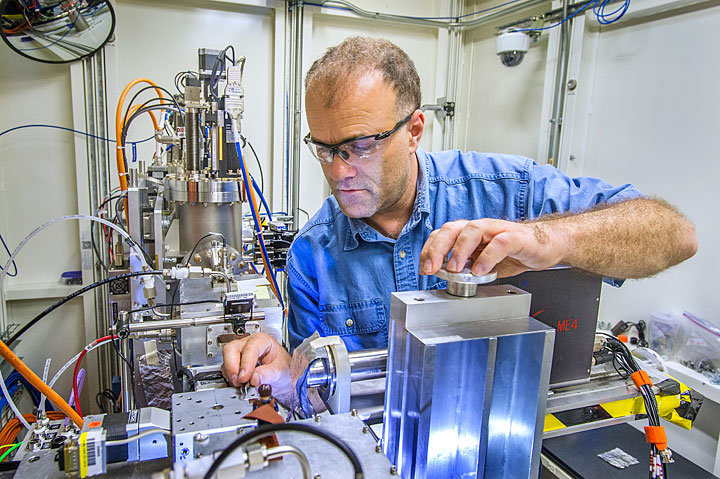 Bruce Ravel is the lead scientist at the Beamline for Materials Measurement (BMM), a new, state-of-the-art experimental station at NSLS-II. BMM was constructed and is operated by the National Institute of Standards and Technology (NIST).

“There are critical questions in all areas of science that can be solved using x-ray absorption spectroscopy, from energy sciences and catalysis to geochemistry and materials science,” said Bruce Ravel, a physicist at the National Institute of Standards and Technology (NIST), which constructed and operates BMM through a partnership with NSLS-II.

X-ray absorption spectroscopy is a research technique that was developed in the 1980s and, since then, has been at the forefront of scientific discovery.

“The reason we’ve used this technique for 40 years and the reason why NIST built the BMM beamline is because it adds a great value to the scientific community,” Ravel explained. 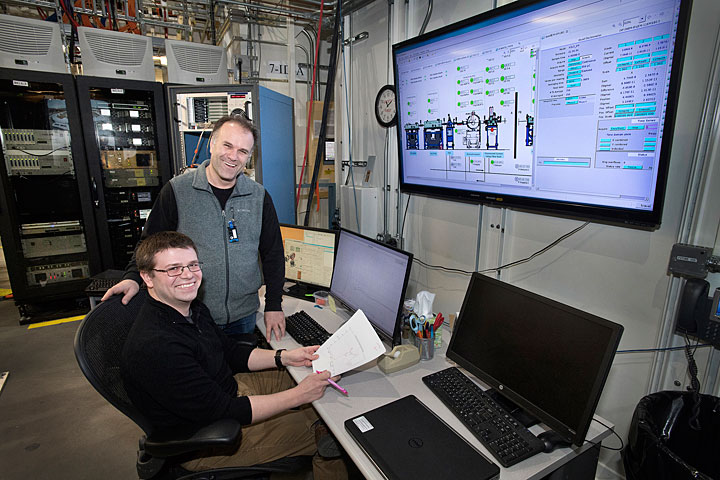 “We investigated the ceramic thermal barrier coatings used in jet engines,” Pelliccione said. “Due to the extreme temperature and pressure that these components operate in, the data from this investigation will help us design for durability. Our experiment at BMM was designed to understand some of the chemical interactions in more detail for today’s programs as well as tomorrow’s new breakthroughs.”

Coupling BMM’s advanced design with NSLS-II’s ultra-bright x-ray light, the scientists at Pratt & Whitney were able to determine the spatial distribution of chemical interactions in the coating. 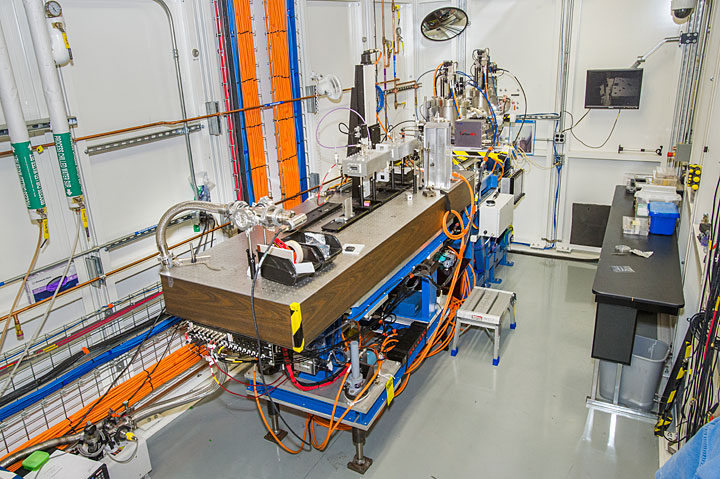 The Beamline for Materials Measurement (BMM) at the National Synchrotron Light Source II.

“We needed a beamline with a small focused beam size and high flux to obtain the quality of data we were interested in,” Pelliccione said. “BMM offers both of these capabilities and our measurements were very successful. We were able to extract valuable information about the coatings that is not easily accessible through other research techniques.”

Pratt & Whitney conducted its experiments at BMM during the final “commissioning” stage of the beamline, and the high-caliber research launched BMM into general operations.

“We hope to take advantage of the fantastic beamlines that are already up and running at NSLS-II, as well as those that are coming online soon,” Pelliccione concluded.

Ravel added, “It was incredibly gratifying to send Pratt & Whitney home with such valuable data. It is a very important part of NIST’s mission to work with companies and to promote U.S. innovation and industrial competitiveness.”

More about NIST and NSLS-II

NSLS-II is one of the world’s newest and most advanced synchrotron light sources. NSLS-II currently has 26 beamlines in operations and three in commissioning and construction phases. The facility has space for an additional 30 beamlines to be constructed. With the goal of “seeing” detailed views of chemical reactions, NSLS-II partnered with NIST to develop and operate three beamlines—SST-1, SST -2 and BMM—at NSLS-II.