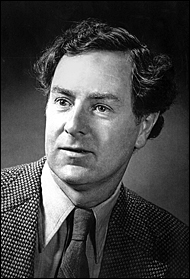 Almost 27 years after the dedication of the National Synchrotron Light Source (NSLS), the man who helped bring the facility to fruition received his own ceremony. Numerous relatives, friends, and colleagues of Arie van Steenbergen, a former Deputy NSLS Department Chairman who died in January 2009, gathered on July 1 at the NSLS to name Conference Room A in his honor.

“Arie was here from the very beginning of this facility,” said NSLS Chair Chi-Chang Kao, who led the dedication ceremony along with Stony Brook University’s Michael Marx, Associate Vice President for Brookhaven Affairs. “Especially now, as we start to build NSLS-II across the street, we should remember to look back and learn from him.”

Van Steenbergen first joined Brookhaven Lab in 1957 as an assistant physicist at the Alternating Gradient Synchrotron (AGS), of which he eventually became the head. After working in the mid 1970s at Brookhaven’s newest high-energy accelerator, ISABELLE, he took on the leadership position he is best known for – Project Director of the NSLS.

First conceived of in 1970, the NSLS was given the go-ahead by the Department of Energy in 1977 with a tight deadline (four years) and an even tighter budget ($24 million). Determined to complete the project on time and within its set cost, van Steenbergen – a tireless worker himself – set a demanding pace for the project.

Shortly after the completion of the NSLS building, which did, indeed, open on time and within its budget, van Steenbergen became the NSLS Deputy Department Chair, a position he held until he returned to research in 1984. He participated in the first free electron laser (FEL) experiment on the VUV Ring of the NSLS and also conducted notable work on inverse FEL experiments at the Accelerator Test Facility. Van Steenbergen retired from the Laboratory in 1995 but continued to collaborate on projects as a guest scientist and consultant for years afterward.

Van Steenbergen’s wife and sons were among more than a dozen family members who helped hang a plaque and poster in what is now known as the Arie van Steenbergen Conference Room.

Left: NSLS Project Director Arie van Steenbergen (left) and Don Stevens, director of the Division of Materials Science of the U.S. Department of Energy, at the NSLS groundbreaking ceremony on September 28, 1978. During the event, the pair dug up a preplanted wooden hν symbol – the expression for the energy of a photon, h being Planck’s constant, and ν the frequency.