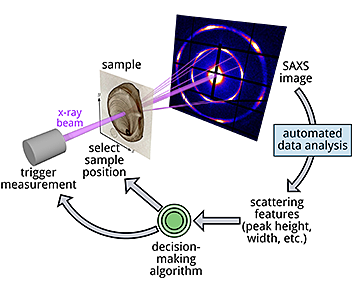 Scientists developed an algorithm that receives real-time analyzed data from the last measurement step, adds this data to its model, calculates the best next step, and sends its decision to the beamline to execute the next measurement.

Scientists created and tested the Surrogate Model Autonomous expeRimenT (SMART), a new algorithm and form of artificial intelligence (AI), that can make autonomous decisions to define and perform the next step of an experiment without human interaction at an x-ray scattering instrument.

By improving the way researchers do their experiments, they are liberated from micro-managing their experiments and can tackle more complex challenges in a faster and more efficient way, leading to quicker materials discovery for new technologies. 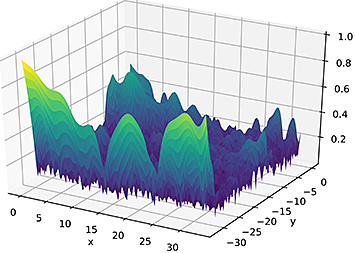 This collaboration demonstrated the effectiveness of SMART, the new algorithm, for autonomous decision making. The algorithm selects what data to collect by calculating uncertainty and the expected knowledge gain for possible future measurements. In other words, it estimates what follow-up experiment will teach researchers the most about a scientific problem at hand and then automatically launches that experiment. This AI algorithm runs iteratively, collecting data in a highly efficient manner and thereby automatically reconstructing a useful map of the parameter space being explored.