This multidisciplinary center is one of five awarded by the U.S. Department of Energy to conduct basic research in quantum information science 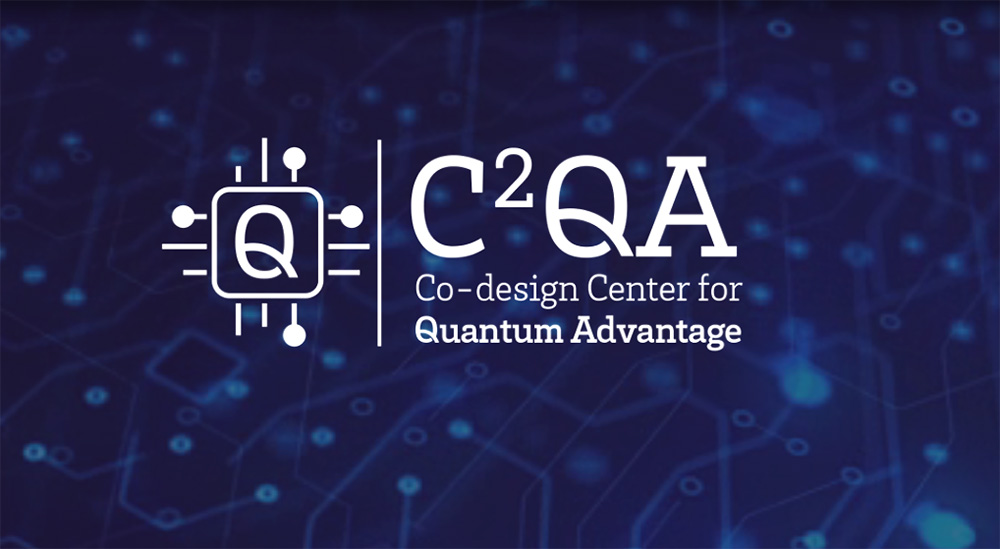 Led by Brookhaven Lab, the Co-design Center for Quantum Advantage seeks to reach quantum advantage—the point where a quantum computer outperforms a classical one on a useful task—in scientific computations by simultaneously designing hardware and software.

Brookhaven Lab will lead the Co-design Center for Quantum Advantage (C2QA), which will focus on quantum computing. Comprising several national labs, research centers, universities, and industry, the C2QA team will build the fundamental tools necessary for the United States to create quantum computers that provide a true advantage over their classical counterparts.

World-leading experts in QIS, materials science, computer science, and theory will work together to resolve performance issues with today’s quantum computers by simultaneously designing software and hardware (co-design). Their goal is to achieve quantum advantage in computations for high-energy and nuclear physics, chemistry, materials science, condensed matter physics, and other fields. Quantum advantage refers to a quantum computer outperforming a classical computer on a useful task.

“A key feature of our effort is a singular focus on co-design: a tight partnership between materials discovery, device development, system integration, and algorithms synthesis—all driven by benchmarks and applications to real science problems and enabled by a team experienced at crossing disciplinary boundaries,” said C2QA principal investigator Isaac Chuang, professor of electrical engineering and computer science and professor of physics at MIT.

“Today’s announcement underscores the United States’ leadership in creating a quantum industry,” said Dario Gil, director of IBM Research, one of the C2QA partners. “The National Quantum Initiative brings together the best of the private and public sectors, combining skills, expertise, and research to accelerate our ambitious mission to reach quantum advantage.”

Quantum computers have the potential to solve scientific and other kinds of problems that would be practically impossible for traditional supercomputers. However, the current generation—called noisy intermediate-scale quantum—suffers from a high error rate because of noise, faults, and loss of quantum coherence. Quantum bits (qubits), the information-storing elements of quantum computers, are very delicate. Vibrations, temperature changes, electromagnetic waves, and other interactions between qubits and the environment or material defects in qubits can cause quantum decoherence. In quantum decoherence, these errors cause the qubits to lose their information, and the calculation cannot be completed.

“The biggest challenge in the field today is to make quantum computers truly robust and scalable,” said C2QA principal investigator Robert Schoelkopf, Yale Sterling Professor of Applied Physics and director of the Yale Quantum Institute. “By combining materials science, improved devices, and algorithmic innovations, C2QA will develop the science to solve this problem and ensure that the United States leads the way into the era of useful quantum computing.”

“Because of the highly interdisciplinary nature of building a practical quantum computer, no individual scientist can have all the necessary expertise,” said C2QA Deputy Director Andrew Houck, professor of electrical engineering at Princeton and director of the Princeton Quantum Initiative. “C2QA will unite scientists from all areas of quantum computing to focus on this singular challenge. Bringing together academic and industry experts and the world-class facilities at Brookhaven’s NSLS-II and CFN will enable us to understand the fundamental limits that materials impose on quantum computers.”

“Achieving these objectives will set the foundation for a new generation of quantum computers,” said C2QA Director Steven Girvin, the Eugene Higgins Professor of Physics at Yale University and a dual appointee in Brookhaven’s Energy and Photon Sciences Directorate. “Technologies emerging from C2QA that are scaled up by industrial partners will provide a quantum computing platform with error correction able to address classically intractable calculations essential to DOE mission science.”

James Misewich, the associate laboratory director for Energy and Photon Sciences at Brookhaven, will oversee C2QA. In addition to his leadership role as deputy director, Houck will ensure the three thrusts (materials, devices, and software) are integrated and oversee an outreach and workforce development program for the center to provide students with QIS educational opportunities. Michael Bebon, a senior advisor at NSLS-II, will manage operations.

Total planned funding for the center is $115 million over five years, with $15 million in Fiscal 2020 dollars and outyear funding contingent on congressional appropriations.