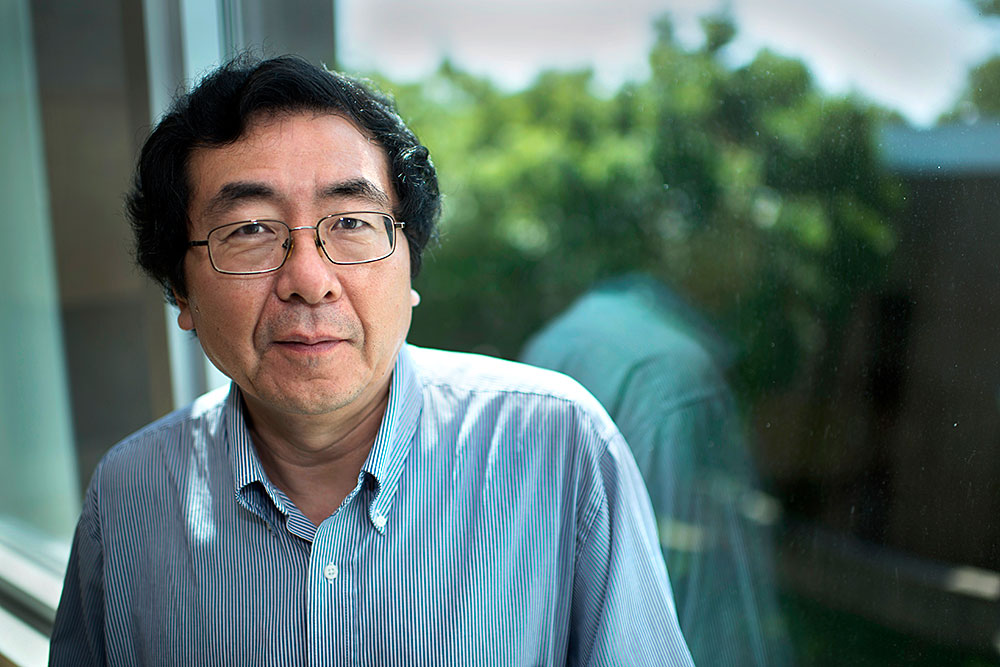 Jingguang Chen, department chair and Thayer Lindsley Professor of Chemical Engineering, has been selected by the American Institute of Chemical Engineers (AIChE) as the 2020 recipient of its R.H. Wilhelm Award in Chemical Reaction Engineering. One of AIChE’s most prestigious and highly competitive honors, the award honors Chen’s contributions to the field of chemical reaction engineering. AIChE established the annual award in 1973 in recognition of Richard H. Wilhelm, a renowned Princeton chemical engineering professor who earned his BS (1931), MS (1932), and PhD (1934) from Columbia Engineering.

“I am very pleased for my work to be acknowledged in such a significant way,” says Chen, who also holds a joint appointment at Brookhaven National Laboratory. “I am honored to join such an elite group of distinguished scholars.”

Catalysts speed up chemical reactions and are key to clean-energy technology. Chen has made pioneering contributions to the understanding and use of novel catalytic materials for catalysis and electrocatalysis. His group seeks to better understand sustainable, industrially relevant reactions in thermocatalysis and electrocatalysis through combined theoretical and experimental approaches. The team is focused primarily on bimetallic and carbide catalysts, which are highly tunable and often offer advantages of reduced cost and enhanced activity, selectivity, and stability.

“We are especially interested,” he notes, “in developing cheaper, more efficient and stable catalytic materials for a broad range of sustainable energy applications, from making more efficient fuel cells to converting carbon dioxide into value-added fuels and chemicals.”

Chen joined Columbia Engineering in 2012. He received his PhD from the University of Pittsburgh and carried out his Alexander von Humboldt postdoctoral research in KFA-Julich in Germany. After spending several years as a staff scientist at Exxon Corporate Research Laboratories, he started his academic career at the University of Delaware and rose to the rank of the Claire LeClaire Professor of Chemical Engineering and the director of the Center for Catalytic Science and Technology.

The co-author of 23 United States patents and 430 journal publications, he is the co-founder and lead PI of the Synchrotron Catalysis Symposium, which is aimed at training and assisting catalysis researchers for utilization of synchrotron techniques. He is currently the president of the North American Catalysis Society and an associate editor of ACS Catalysis.

Chen has received numerous awards, including the 2015 George Olah award from the American Chemical Society, the 2017 Robert Burwell Lectureship from the North American Catalysis Society, and the Web of Science Highly Cited Researcher. He will be presented with the R.H. Wilhelm Award in Chemical Reaction Engineering, which is sponsored by ExxonMobil Research and Engineering Co., at AIChE’s virtual meeting on November 16-20, 2020.