The following story was originally published in Symmetry.

Later this decade, the Large Hadron Collider will be upgraded to the High-Luminosity LHC. What does "luminosity" mean in particle physics? 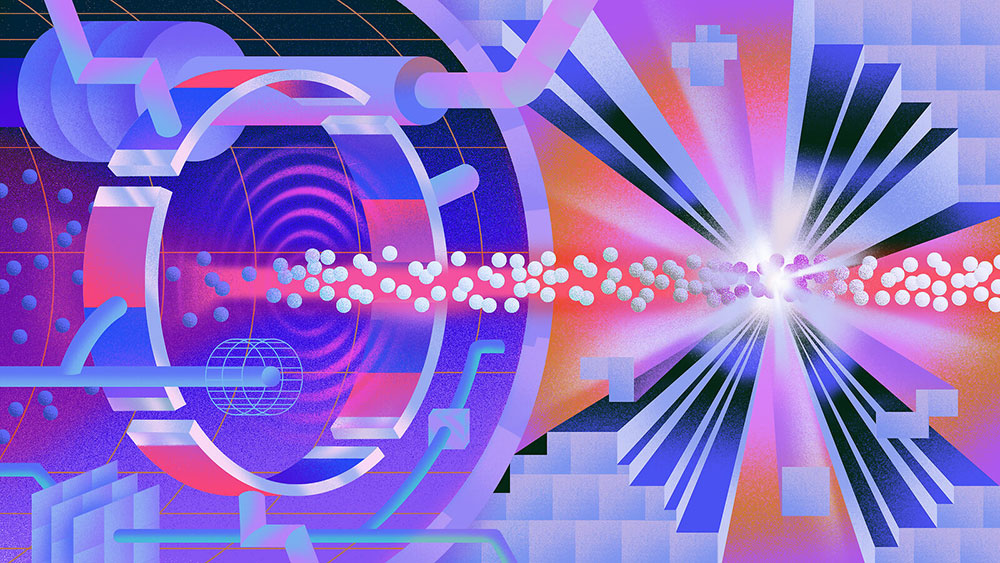 Even on the hottest and driest days, rays from the sun are too weak to ignite a fire. But with a magnifying glass (or, in some unfortunate cases, a glass garden ornament), you can focus sunlight into a beam bright enough to set tinder ablaze.

At the Large Hadron Collider, scientists apply this same principle when focusing beams of protons (or sometimes heavy ions) before passing them through the accelerator’s four collision points. High-energy particle collisions allow scientists to study the fundamental laws of physics and search for new particles, fields and forces.

By tightly focusing the proton beams right before colliding them, scientists can quickly grow the number of collision events they have to study.

Scientists, engineers and technicians at CERN and around the world—including at Fermi National Accelerator Laboratory, Brookhaven National Laboratory and Lawrence Berkeley National Laboratory, together as part of the US Department of Energy Office of Science’s High-Luminosity LHC Accelerator Upgrade Program—are building new focusing magnets, which will squeeze the colliding protons into even smaller volumes. They’re also designing new kicker magnets, which will bump the trajectories of the incoming particles to help the two beams meet face-to-face at the collision point.

In the late 2020s, scientists will turn on a turbocharged High-Luminosity LHC. The upgrade will increase the total number of potential collisions scientists have to study by at least a factor of 10.

Why luminosity and not collisions?

As you may have noticed, when physicists talk about particle collisions, they talk about a measurement called luminosity. It doesn’t tell scientists exactly how many particle collisions are happening inside a collider; rather, luminosity measures how tightly packed the particles are in the beams that cross. The tighter the squeeze, the more likely it is that some of the particles will collide.

In the HL-LHC, 220 billion protons are expected to pass through another 220 billion protons every 25 nanoseconds at the accelerator’s four experimental intersections. But the vast majority of the protons will not actually interact with one another. Even with today’s best beam-focusing technology, the odds of a proton colliding with another proton inside the LHC ring is still significantly less than the odds of winning the Mega Millions Jackpot.

Protons aren’t solid orbs that bounce, break or shatter when they come into contact with each other. Rather, they are messy packages of fields and even smaller particles called quarks.

Two protons could pass right through each other, and there’s a chance all they would do is replay that scene from the movie Ghost in which actor Patrick Swayze, playing the titular phantom, sticks his ethereal head into a moving train—to no effect. You can bring the protons into a head-on collision, but you can’t make them interact.

Even if two protons do interact, does it count as a collision? If two protons zip past one another and the shockwave from their intersecting electromagnetic fields ejects a few photons, does that count? What if one of these stray photons plunges through the heart of another proton? What if two protons graze each other and shoot off a bunch of particles, but stay intact?

Collisions are complicated. So physicists talk about luminosity instead.

The rate at which particles are brought together to collide is called “instantaneous luminosity.”

“The instantaneous luminosity depends on the number of particles in each colliding beam and the area of the beams,” says Paul Lujan, a postdoc at the University of Canterbury who works on luminosity measurements for the CMS experiment. “A smaller beam size means more potential collisions per second.”

In 2017, LHC physicists achieved a new record when they measured an instantaneous luminosity of 2.06 x 1034  per square centimeter per second. (Multiply together the number of protons in each beam, then divide by the beam area—in square centimeters—over time.)

"The units of luminosity are a bit non-intuitive,” Lujan says, “but it gives us exactly the information we need.”

When scientists load up the LHC with a new batch of particles to collide, they keep them running as long as the beams are in good enough condition with enough particles left to have a good instantaneous luminosity. 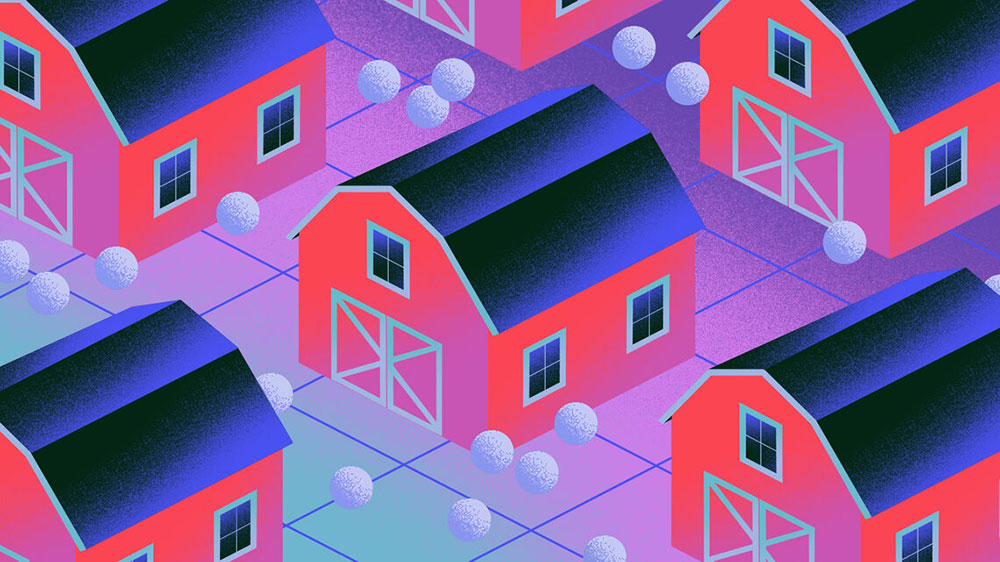 Couldn’t hit the broad side of a barn door

For integrated luminosity, physicists switch from squared centimeters to a new unit of area: the barn, a reference to the idiom, “Couldn’t hit the broad side of a barn.” From a subatomic particle’s point of view, “the barn” is so massive that it would be difficult to miss.

The barn was invented during the 1940s. Its actual size—10−24 centimeters squared—was classified until the end of World War II. That’s because it is equivalent to the size of a uranium nucleus, a key ingredient in the then-newly developed atomic bomb.

The barn stuck around after the war and became a standard way to measure area in nuclear and particle physics.

Talking in barns—and an even smaller unit equal to 10-15 barns called the “femtobarn”—allows physicists to take an enormous number and convert it, turning it from something too long to write out on the side of an actual barn into something that could fit on a postcard.

Physicists also use femtobarns to measure the probability of a subatomic process, called its “cross section.”

To test the laws of physics, physicists compare their predictions about the probability of certain processes to what they actually see in practice.

With the HL-LHC upgrade, scientists are increasing the number of protons, decreasing the diameter of the collision points, and better aligning the protons’ trajectories. All of these changes help to increase the likelihood that protons will interact with each other when they cruise through the LHC’s intersections. The increased number of collision opportunities will help physicists find and study rare processes and particles that are key to understanding the fundamental laws of physics.