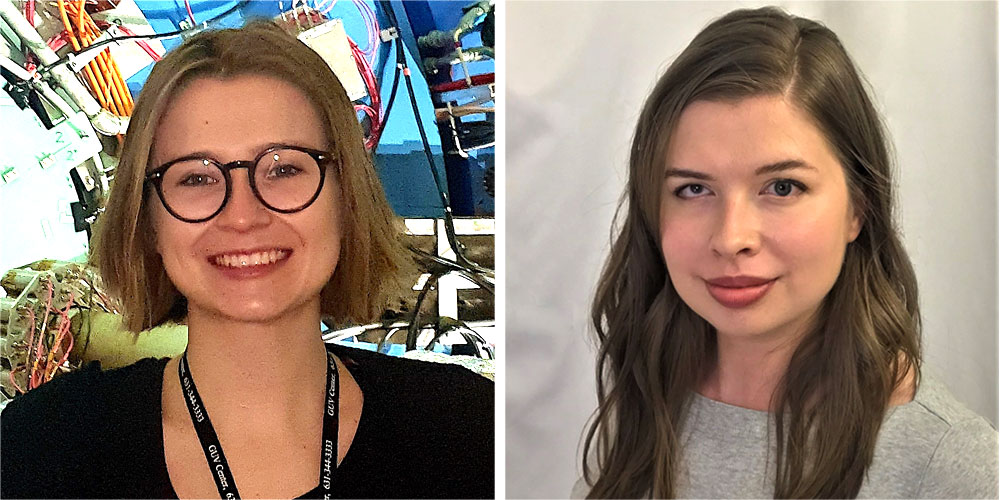 Brookhaven Women in Science (BWIS) has named Maria Stefaniak and Mikaela Dunkin the 2021 recipients of the Renate W. Chasman Award. The award ceremony is Tuesday, June 29, 2021, at 1 p.m. This meeting will be held virtually (see below for information on how to join). All are invited.

Add this event to your calendar

Join the virtual ceremony on June 29.

The Chasman Award encourages women to pursue careers in the science, technology, engineering, or mathematics (STEM) fields and honors the memory and scientific contributions of Renate Chasman (1932-1977), a noted physicist at Brookhaven National Laboratory. Her work influenced the design of particle accelerators around the world, including Brookhaven’s National Synchrotron Light Source (NSLS) and its successor, NSLS-II.

Stefaniak and Dunkin will each receive $2,750. This year’s awards are funded by Brookhaven Science Associates (BSA), the company that operates Brookhaven Lab on behalf of the U.S. Department of Energy, as well as generous contributions from the Nuclear and Particle Physics (NPP) Directorate, NSLS-II Users Executive Committee, Center for Functional Nanomaterials (CFN) Users Executive Committee, the Long Island Section of the American Nuclear Society (LIANS), and a private anonymous donor. 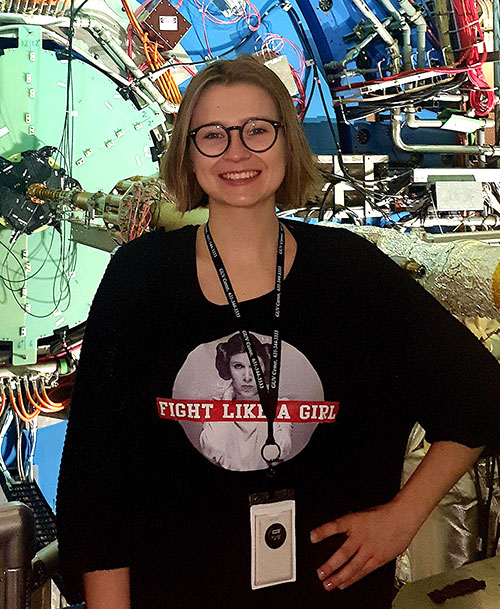 Maria Stefaniak was born in Poland and graduated with a Bachelor and Master of Science at Warsaw University of Technology (WUT). She is doing her doctoral studies in the frame of the double-diploma BGF Cotutelle program at WUT and Subatech-IMT Atlantique in France.

Stefaniak’s research focuses on the studies of properties of strongly interacting matter and its transition between the quark gluon plasma (QGP) and the gas state. One of the methods to access such extreme conditions is examining the matter created in ultrarelativistic heavy-ion collisions, which can be obtained during experiments at Brookhaven’s Relativistic Heavy Ion Collider (RHIC) Solenoidal Tracker, also known as “STAR.”

The STAR detector specializes in tracking the thousands of particles produced by each ion-ion collision at RHIC. It is used to search for signatures of QGP.

In her research, she studies the interdependencies between two collective flow effects: elliptic v2 and triangular flow v3. These are the observables characterizing the shape and dynamics of expanding matter. Stefaniak observes the increasing differences between protons’ and antiprotons’ v3 with the decrease of the collision energy. She performs various experimental tests of the proposed theoretical scenarios to explain differences between the flow of particles and antiparticles. This unique research provides a substantial reference for the theoretical studies of expanding matter.

“I am highly grateful to my supervisor Professor Hanna Zbroszczyk for being a role model as a woman and a scientist, and for all her support not only in my studies but also in many difficult situations I had to face during the last eight years,” Stefaniak said.

Stefaniak is also engaged in multiple scientific projects in cooperation with institutions worldwide and was elected to become one of three STAR Junior Representatives.

In addition to teaching and popularizing science, Stefaniak is an avid rower and experienced sailor. She was the second officer on the tall ship STS Fryderyk Chopin and has sailed twice across the Atlantic Ocean with the Blue School Foundation. 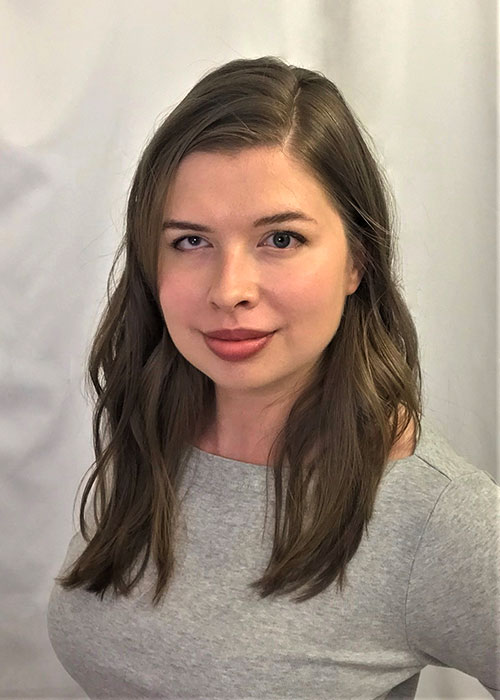 An Iowa native, Mikaela Dunkin is a Ph.D. candidate in the Department of Materials Science and Chemical Engineering at Stony Brook University (SBU). She received a bachelor’s in both physics and biochemistry from Central College in Pella, Iowa, in 2016. At SBU, Dunkin conducts her research on electrochemical energy storage materials, jointly advised by Professors Esther Takeuchi, Amy Marschilok, and Kenneth Takeuchi.

In her Ph.D. studies, Dunkin focuses on using advanced characterization methods to understand electrochemical mechanisms of battery relevant materials and systems including solid state, lithium-sulfur, and lithium ion. She uses multiple operando synchrotron techniques, including diffraction and spectroscopy, to study the structure of various materials and understand how instability and disorder impact battery function.

Through understanding the underlying mechanisms of battery materials, electrodes, and systems, Dunkin can rationalize and enable next generation battery and material design. After finishing her Ph.D., she intends to continue her involvement with advanced characterization methods on energy related materials.

Outside of research, Dunkin is also a member of the Graduate Women in Science and Engineering group at SBU, where she served two terms on the executive board as the website/blog administrator in 2018-2019 and as the vice president in 2019-2020. She enjoys organizing events like the research showcase and writing for the blog.

“I am honored to receive the 2021 Renate W. Chasman Award. I would like to thank BWIS, the sponsors, and the organizing committee for making this award possible. Women’s contributions are often overlooked and therefore it’s imperative to recognize and support the scientific endeavors of women at all levels,” Dunkin said. “The Chasman Scholarship is an important step toward acknowledging the accomplishments of women as they start their careers. I am grateful to have the support of my advisors and access to advanced research user facilities like NSLS-II and the Center for Functional Nanomaterials.”

“I am delighted to serve as officer for the 2021 Chasman Award. I was impressed by the quality of the candidates, their research, and the impact that their contributions have in advancing BNL’s mission. I wish that this award will help Maria and Mikaela to pursue their research aspirations and become well-known established scientists in their research field,” Chamizo-Llatas said. “I would also like to thank Ed Sierra and the Chasman Review Committee members for their support and advice during the selection process.”

“I am honored to play a part in the facilitation of this year’s Chasman Award,” Sierra said. “I had the chance to work with BNL’s world-class scientists while they identified the Chasman Award winners. This prestigious award serves to highlight the future stars of science and gives them the recognition that they deserve for their pursuit of nature’s secrets.”

BWIS would like to thank the NSLS-II and CFN Users’ Executive Committee, NPP, LIANS, and the anonymous donor for their generous donations this year, making two awards possible.

BWIS, a nonprofit organization that supports and encourages the advancement of women in science and is open to all individuals, is funded by BSA.

To join, select from the following options: